My friend Chris and I took the opportunity of a nice November day for me to show him around the parts of the West Side of Baltimore he hadn’t seen yet. Our first stop was the West Baltimore MARC station, where we caught a northbound ACS-64.

The West Baltimore MARC station is bracketed by a pair of underpasses that still bear PRR Keystones. 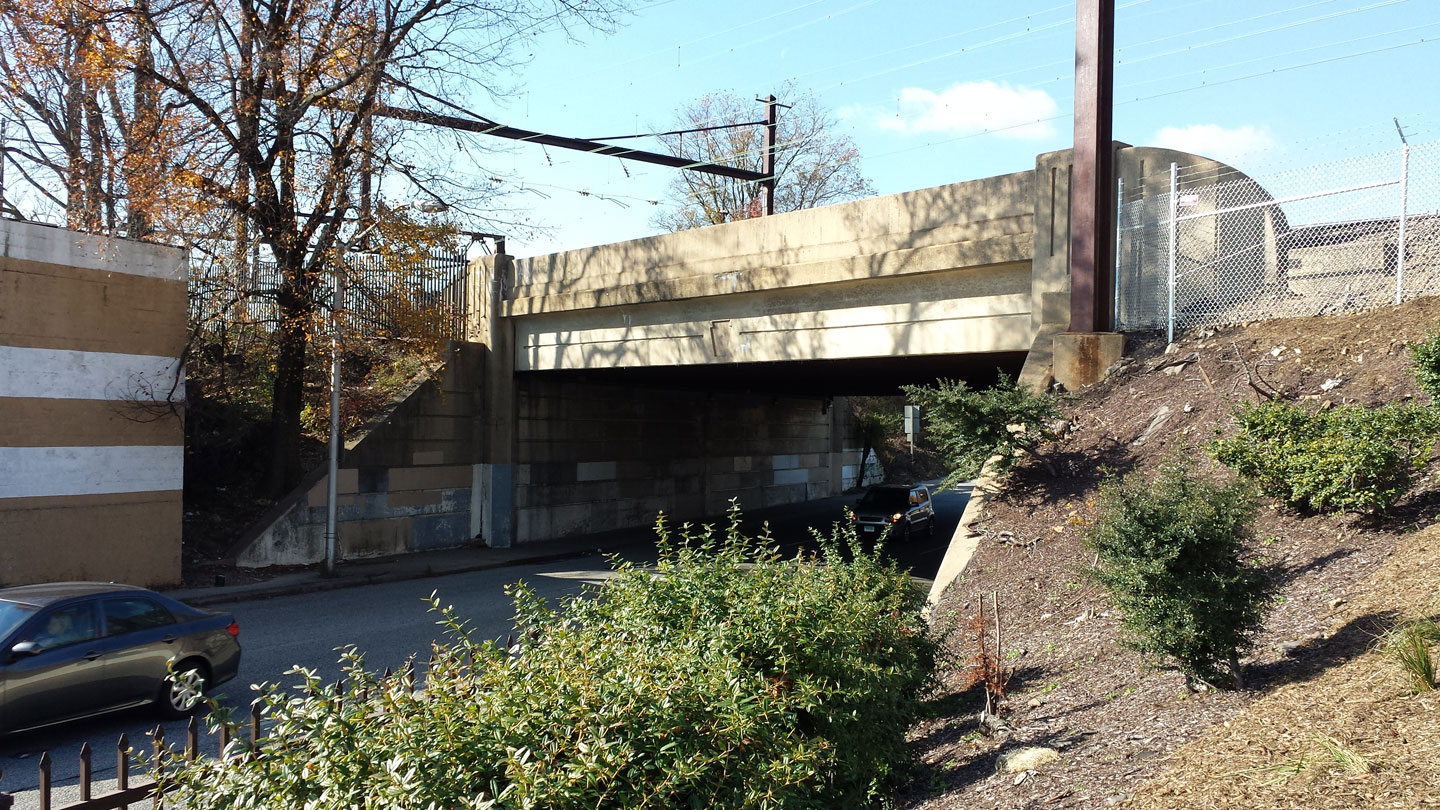 We then moved on south. Our first order of scouting business was the real driver of railfanning: food. We made a beeline for R&R Taqueria. If you’re in the Jessup/Elkridge area, or Perry Hall for that matter, do yourself a favor and go. 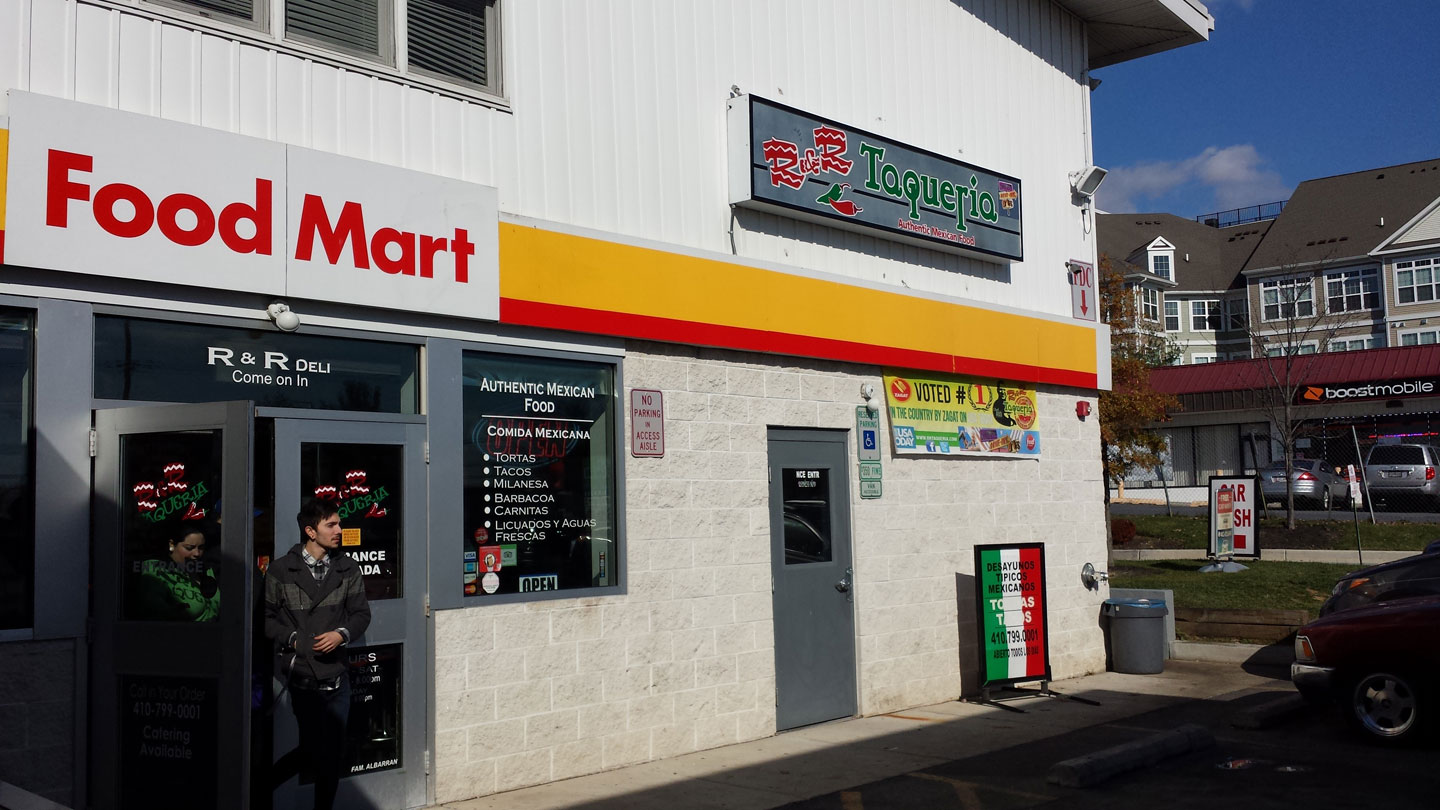 We headed to the Dorsey Road MARC station to eat, catching a train just as we pulled up, and enjoyed our tacos.

Our next stop was Gable Ave in Baltimore itself, a spot Chris hadn’t been to before. Our trip took us past the former location of Polock Johnny’s. The ingrates that owned the liquor store next door kicked them out and took over the space. They’ve erased all traces of the place’s former glory. 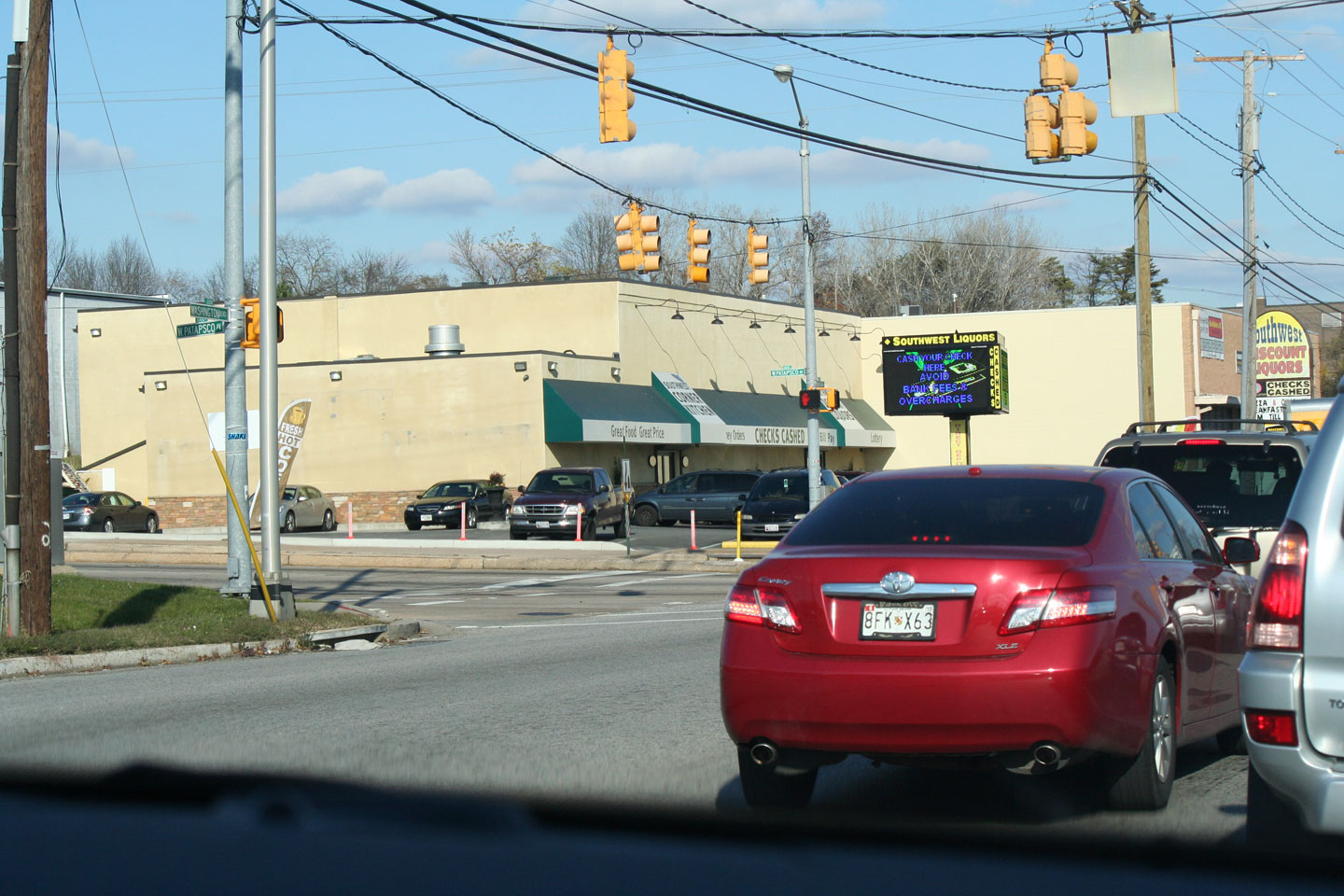 We reached Gable Avenue, and much to our surprise, there was an empty CSX coal train waiting to head west. 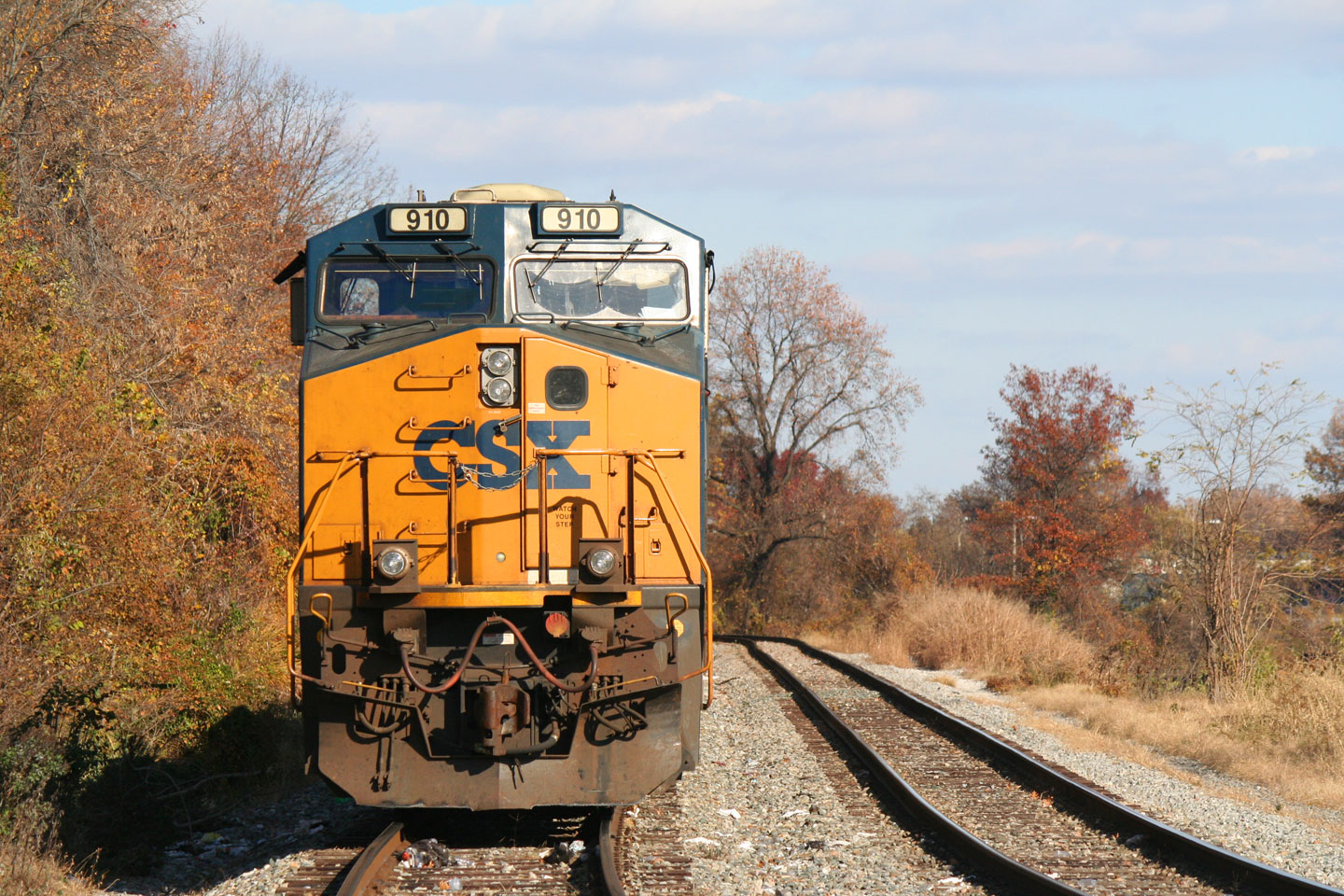 One of the nice things about Gable Ave is that the actual No Trespassing sign is just past these tracks, allowing shots like this when the lighting permits. 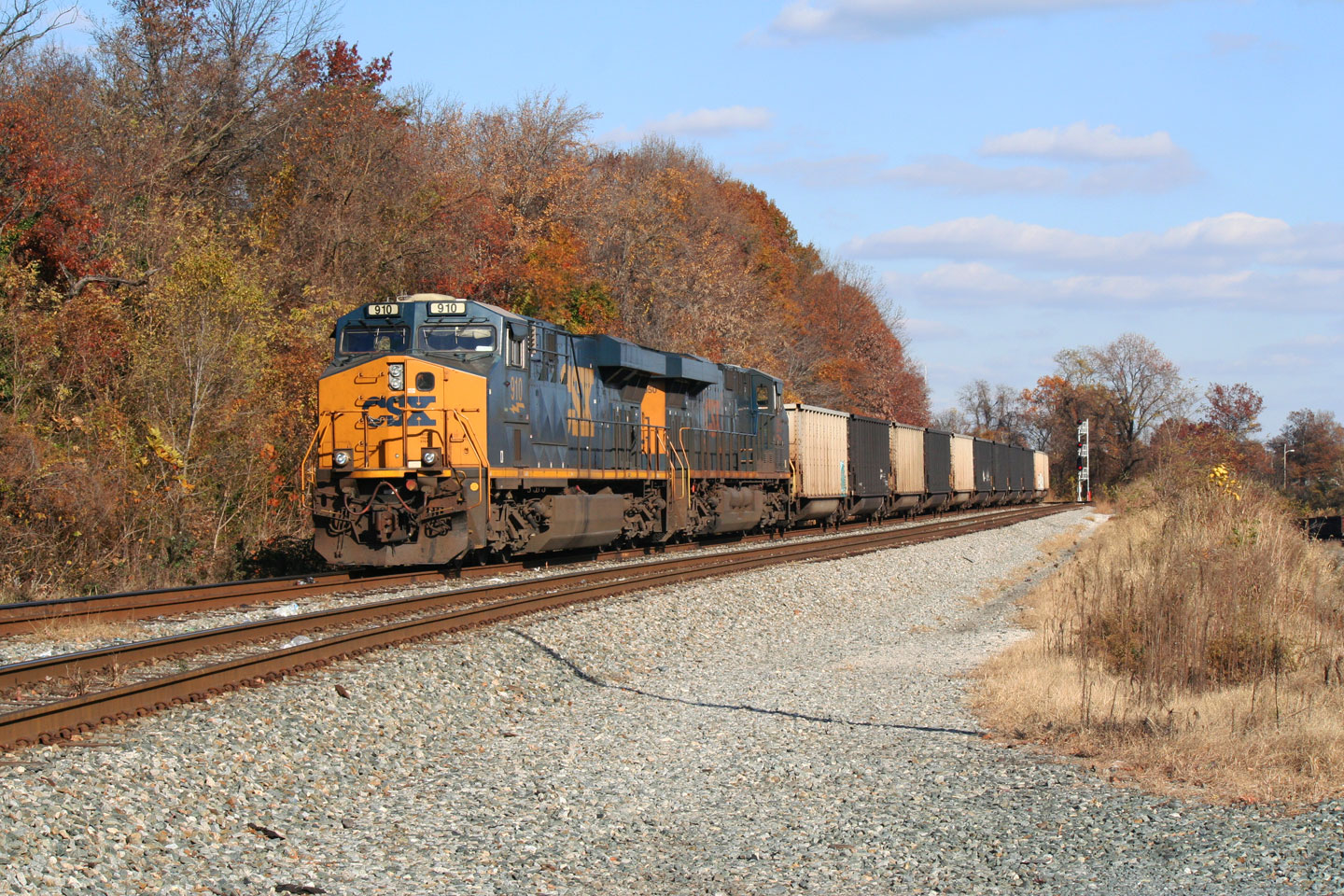 We decided to finish out our day at the newly constructed Halethorpe MARC station.  The station features a bridge across the tracks that opens up some new photo angles. 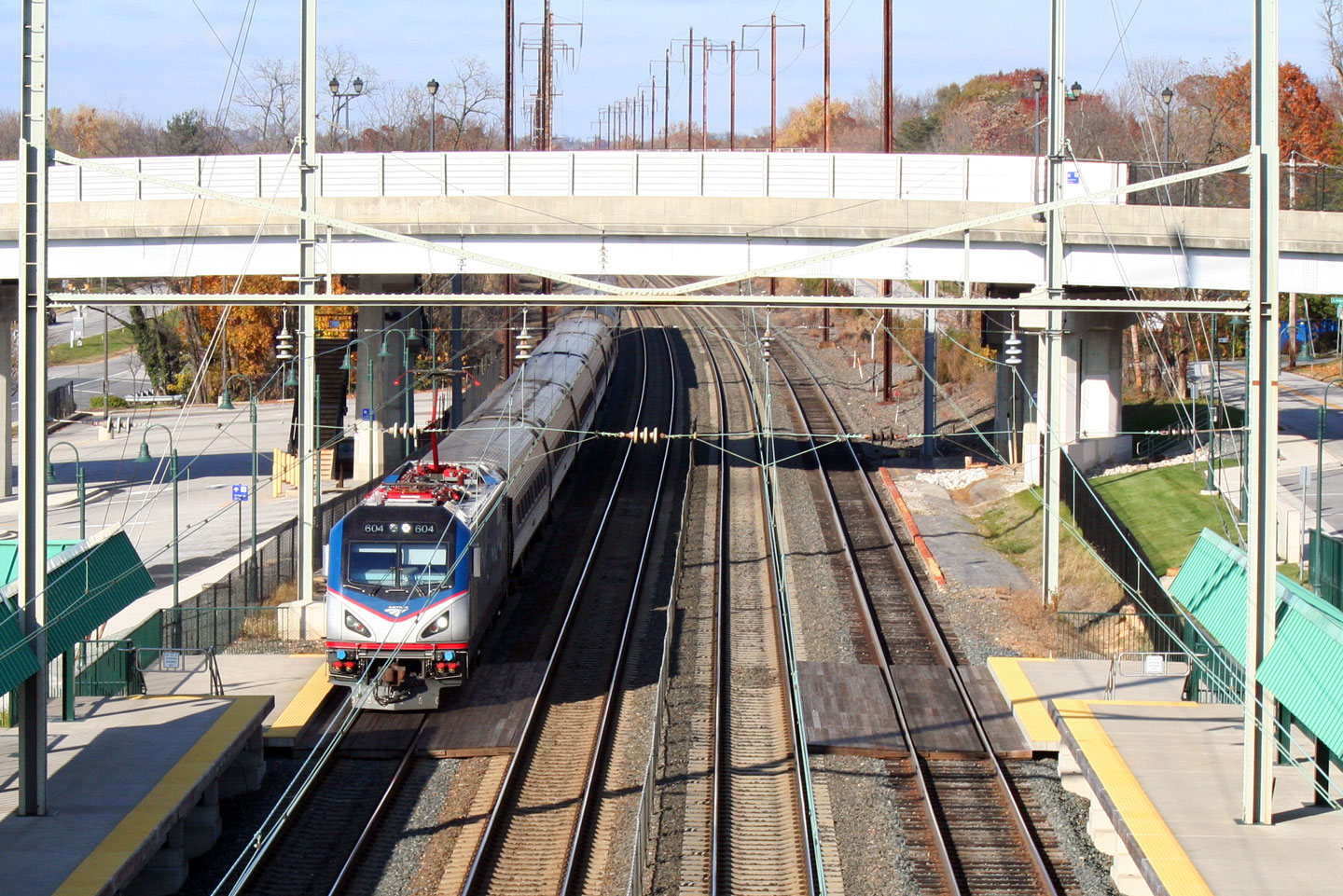 The view from the bridge is handy in that you can also see CSX’s Baltimore Terminal from it. Of course, photos would be tough. Here’s a spotting of a west bound TOFC train. You can make out the trailer above and to the right of the 1031 signal. 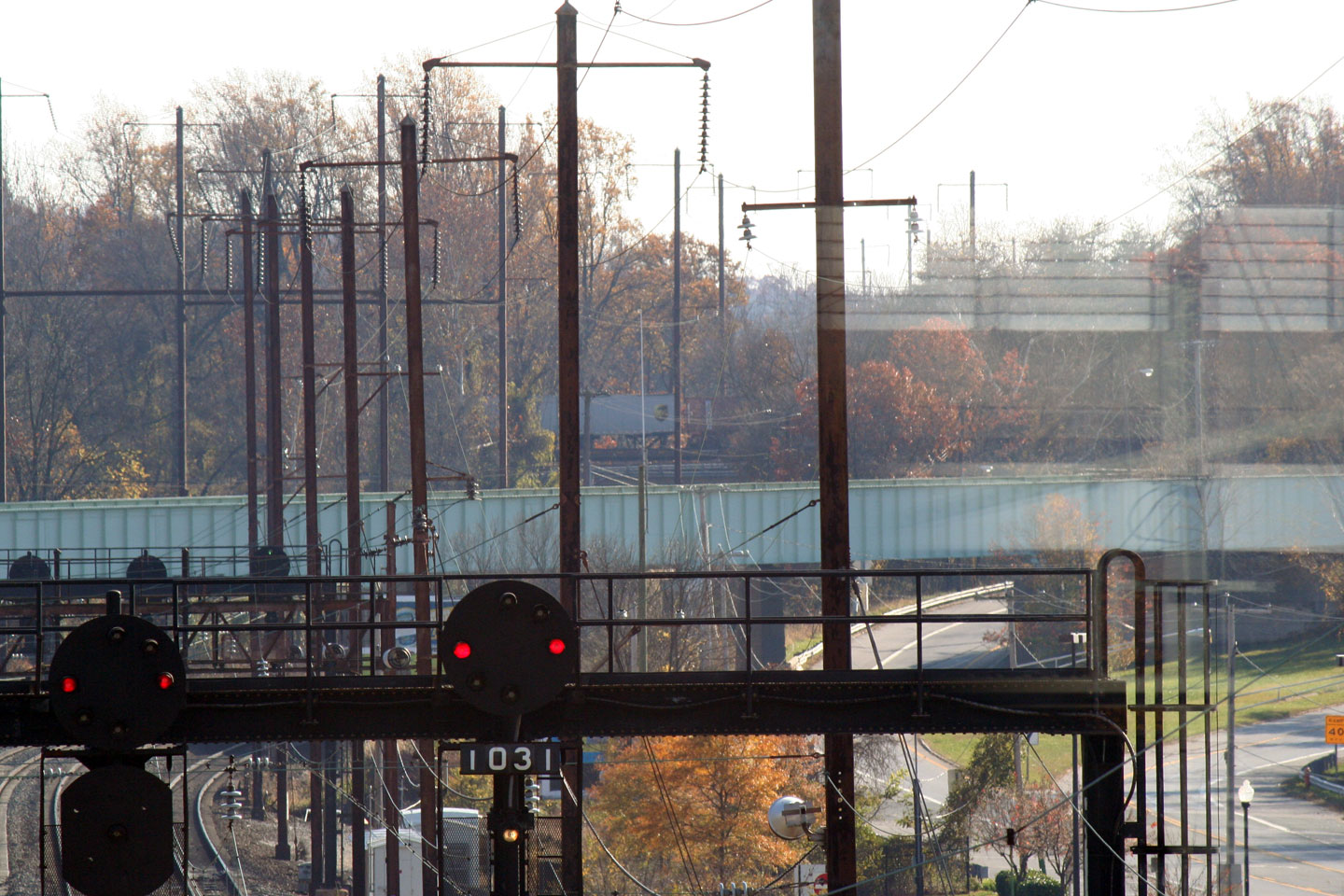 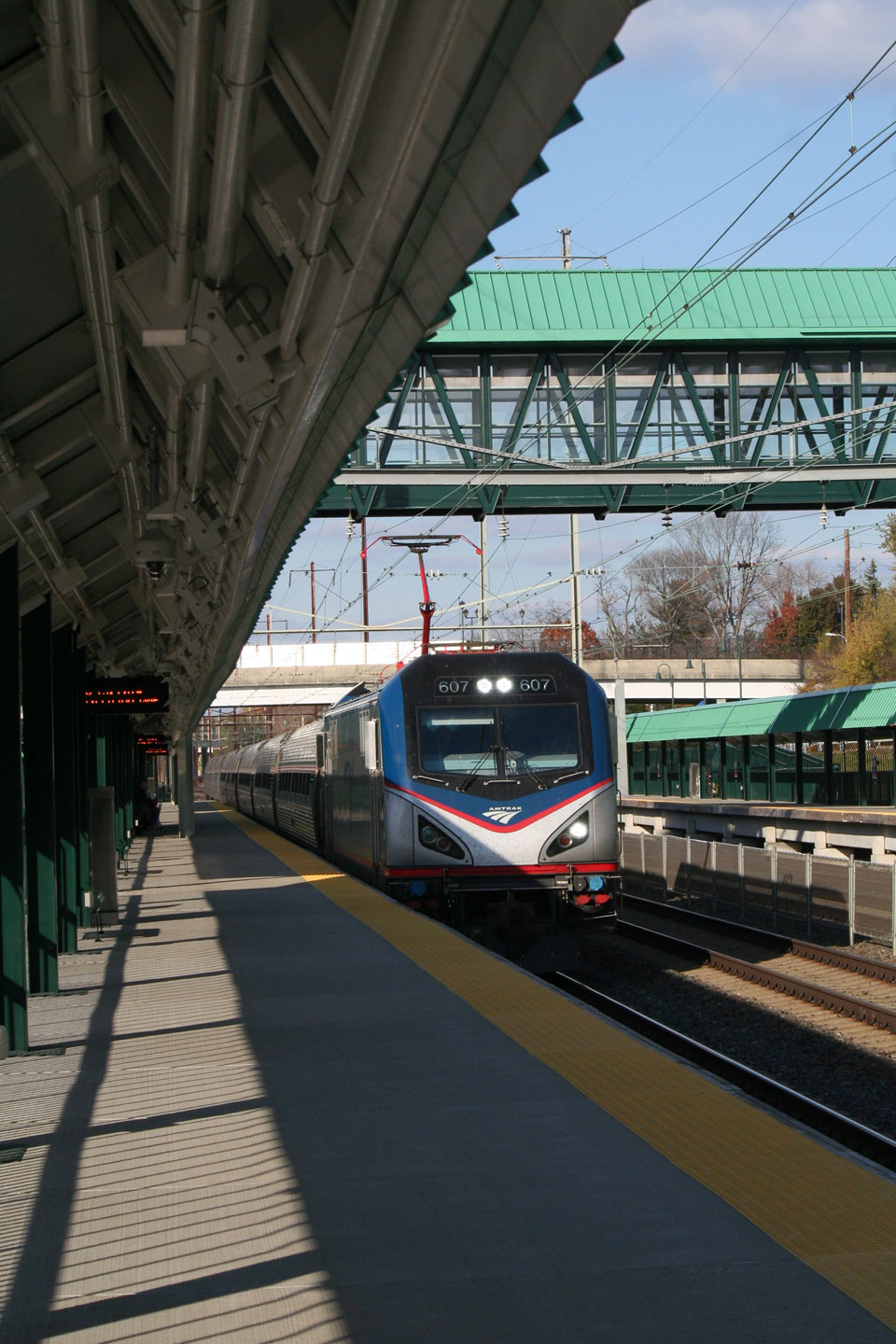 The only problem with the station is that CTEC often runs south bound trains right up the track closest to the platform, making photo angles somewhat difficult. The shelters play havoc with the lighting too.  There is an upside, however, to trains on the near track. You get the “NEC Rush” of 100+mph trains very close by.

MARC has been running weekend service now for about a year on the Penn Line. Here’s one of their trains boarding a decent number of passengers heading to DC. 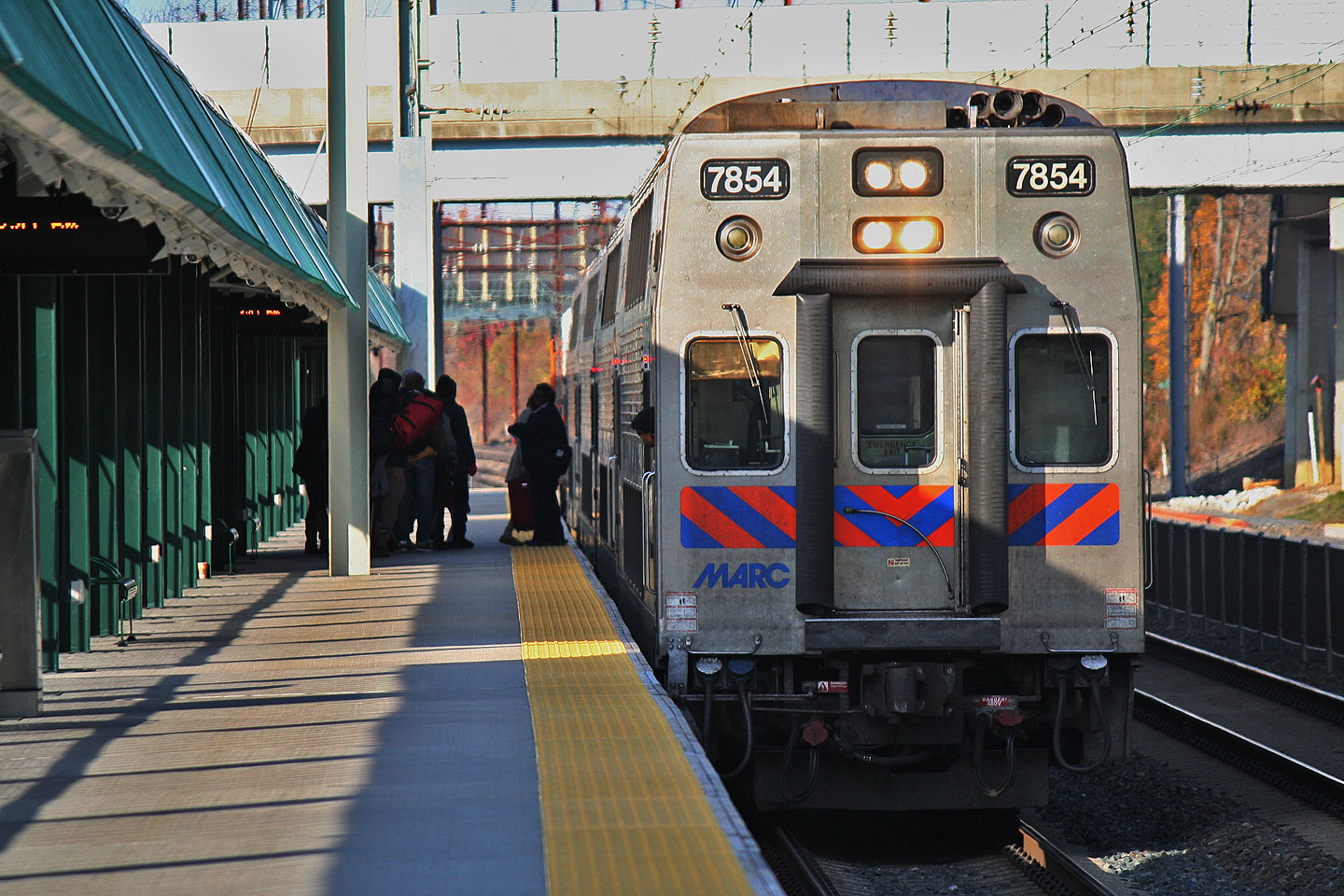 The fun thing about these commuter trains is that they’re worth shooting both coming and going. 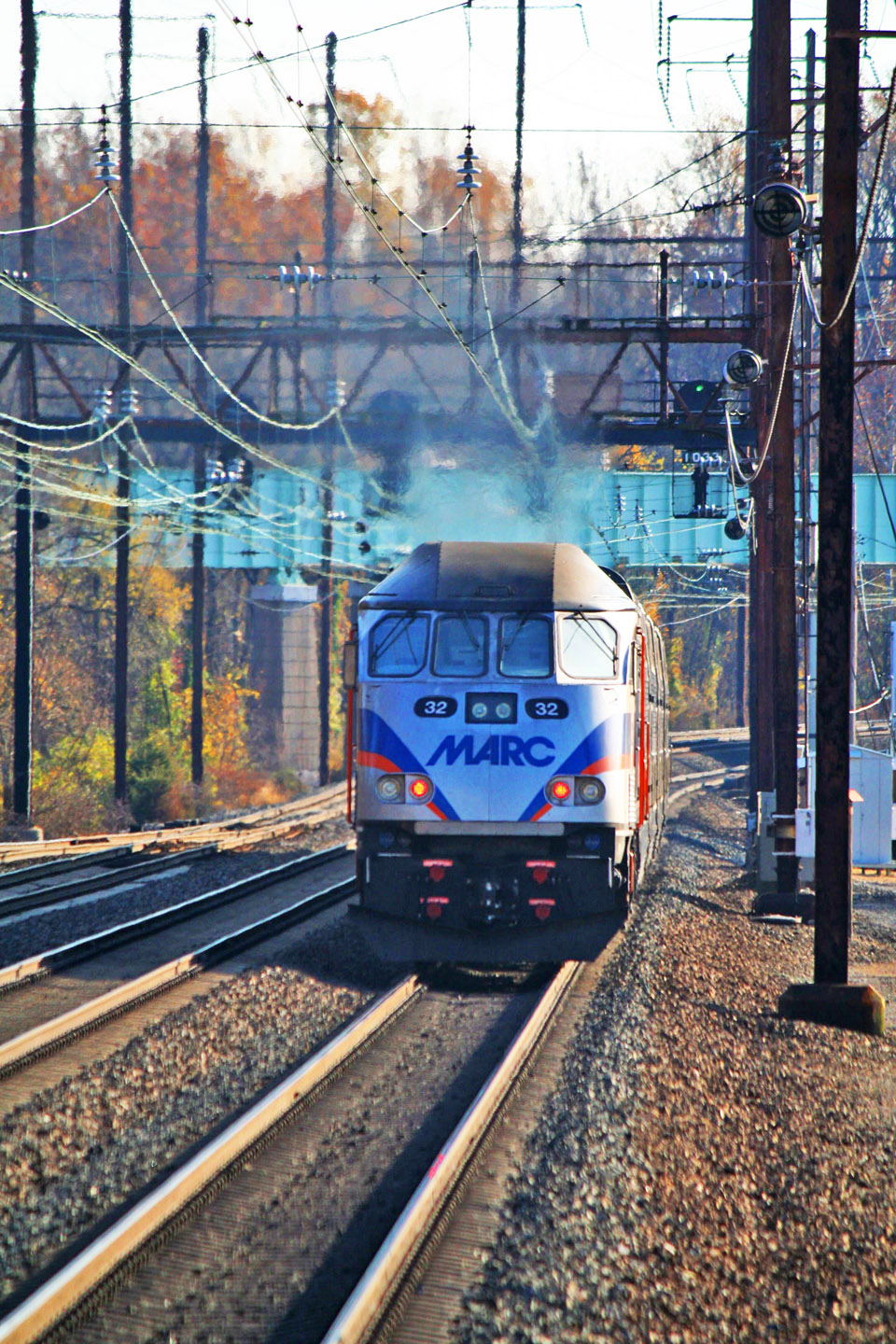 Next up were a few more Amtrak moves before heading home. 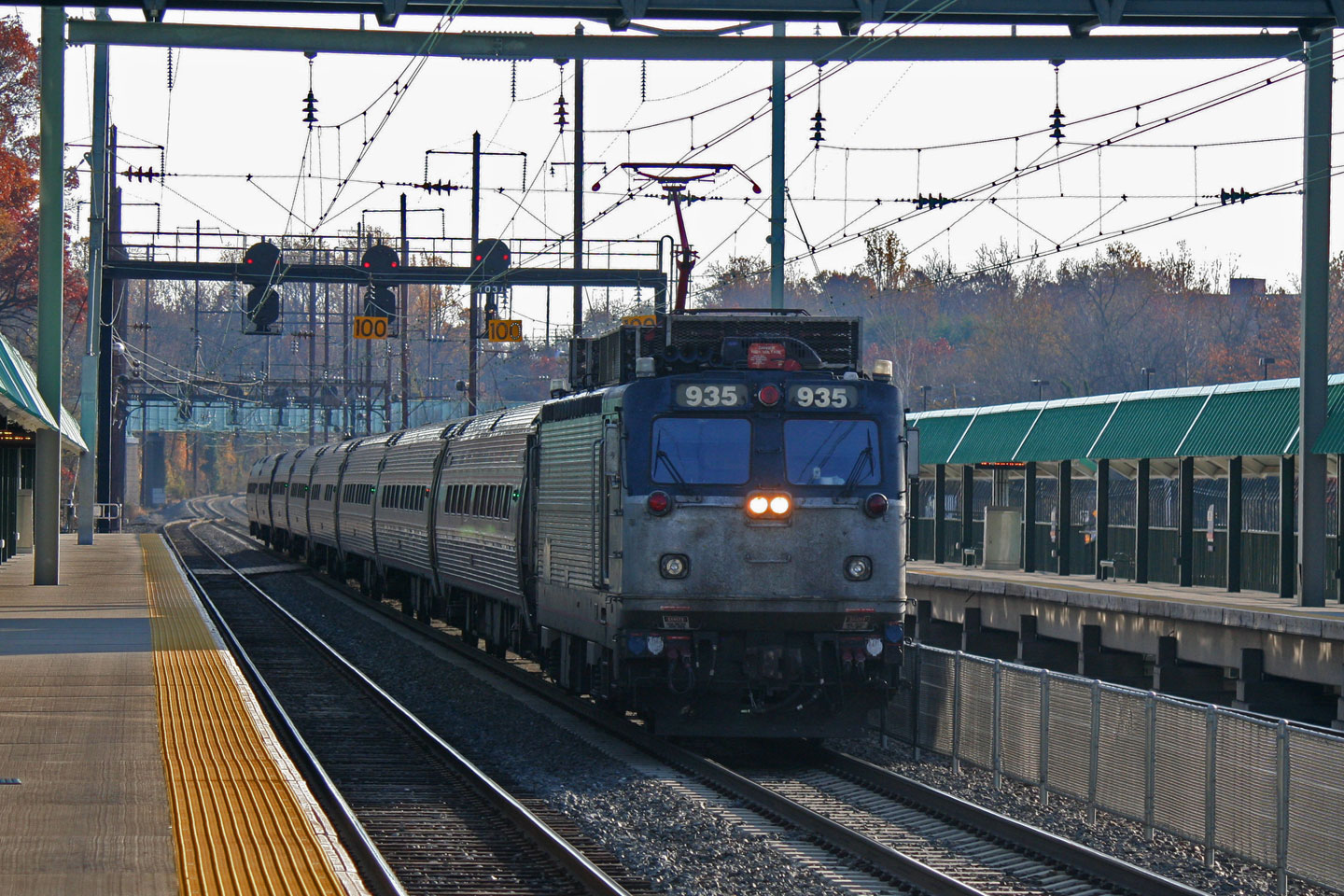 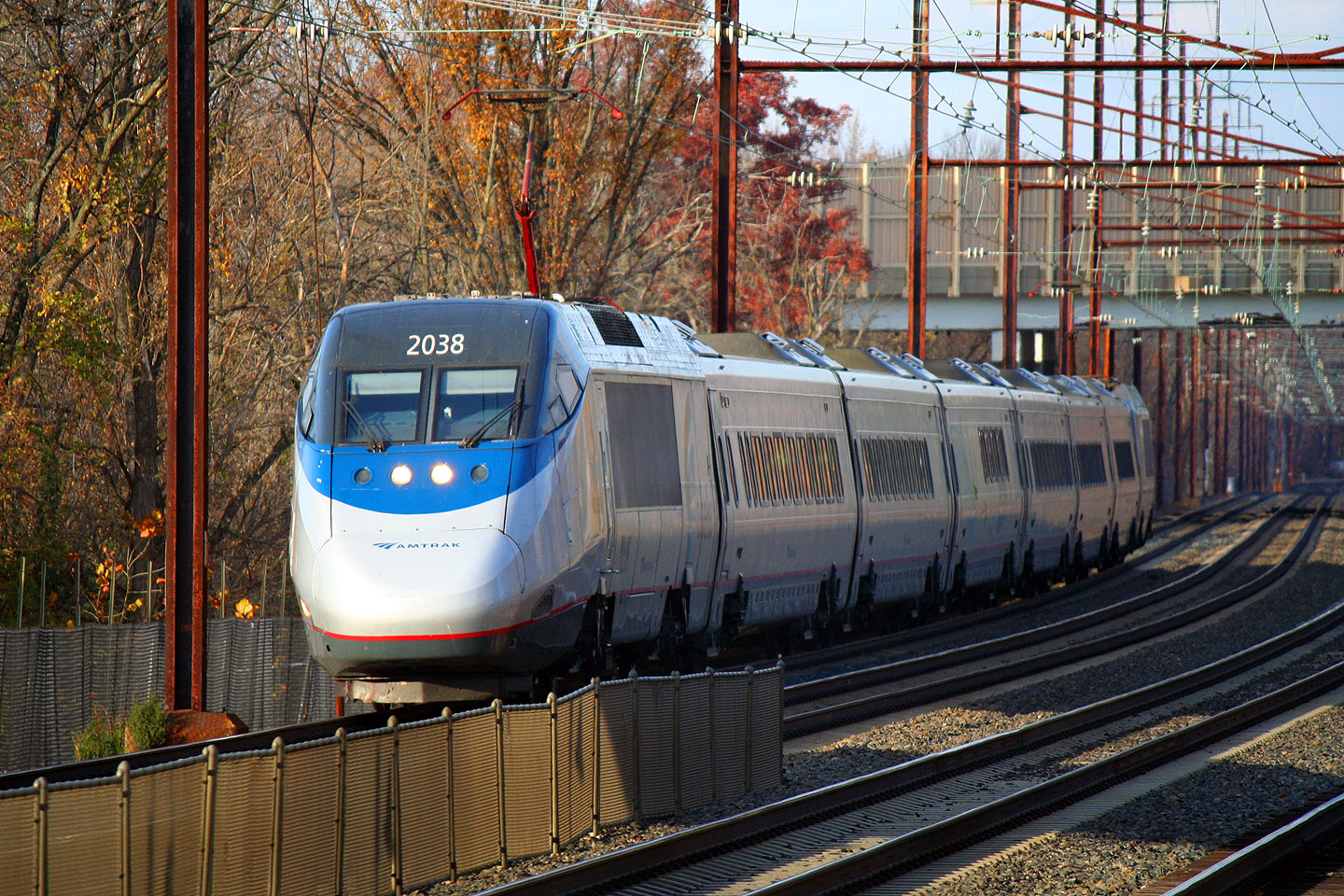