It’s a beautiful day, the 30″ of snow from this week’s blizzard has melted down to a manageable 18″, and I can sneak away from work for a little bit. So, where do I go? To catch NS action in this CSX town.

Through a friend, I learned that NS’s 34A, the daily manifest to Baltimore was running behind schedule and would be running the NEC in daylight. He also clued me into some NS power on a westbound CSX K train that was also coming our way.

First we went to MARC’s Martin State station, which I forgot people parked in during the week. We found spots though, and headed trackside just in time to catch the pair of 80macs leading the train approaching the station. 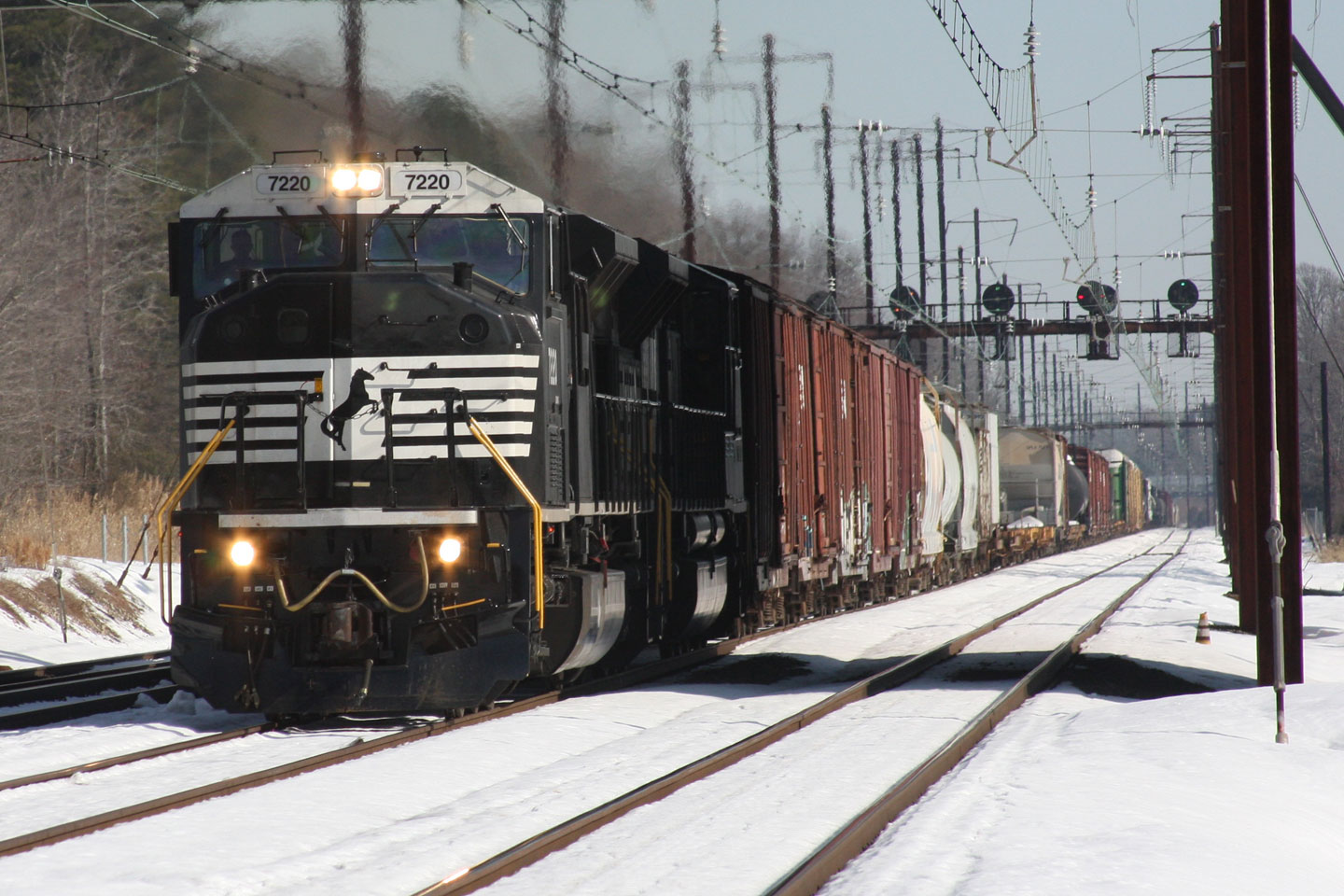 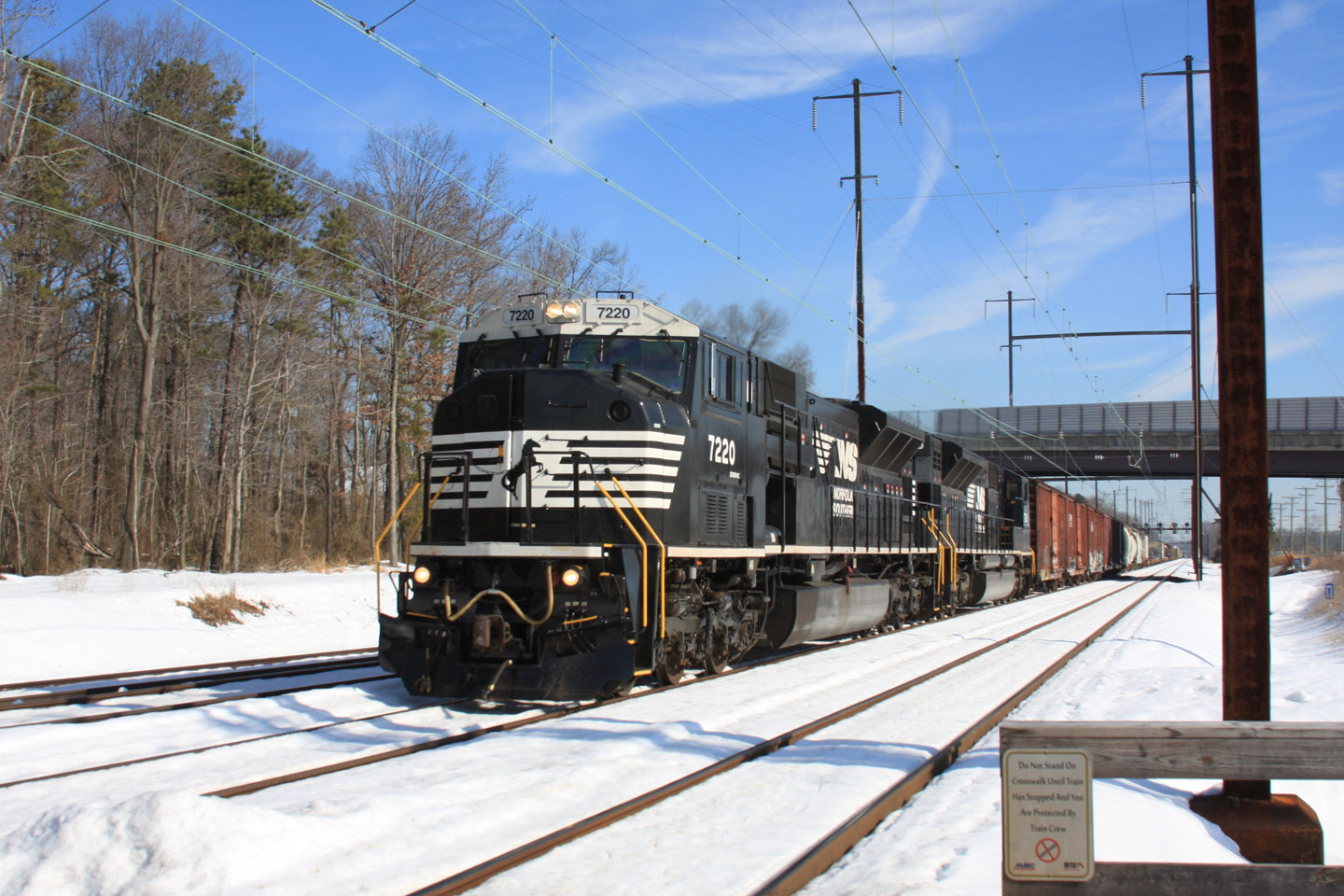 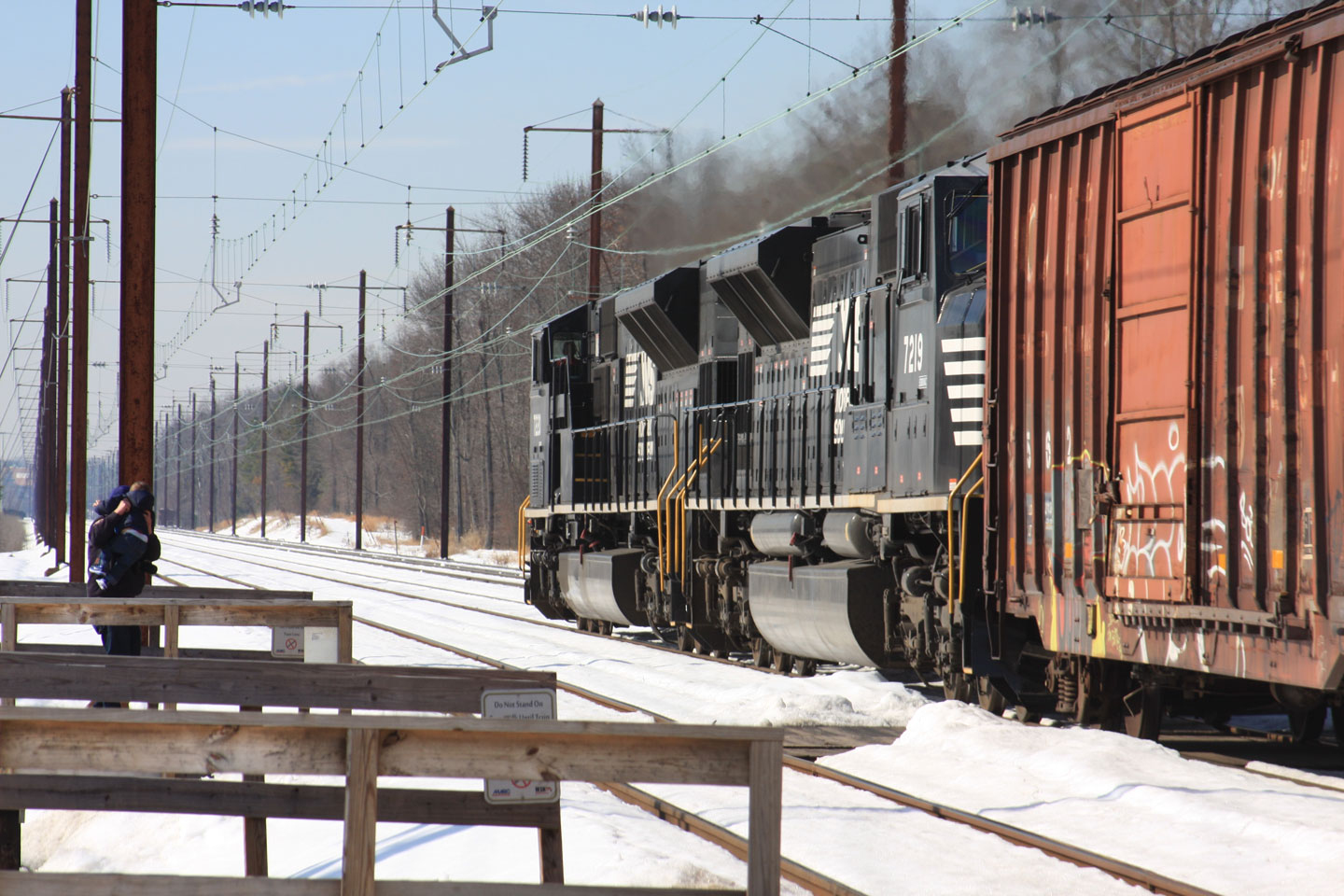 While we were on our way trackside, we were surprised by some Amtrak maintenance equipment too. 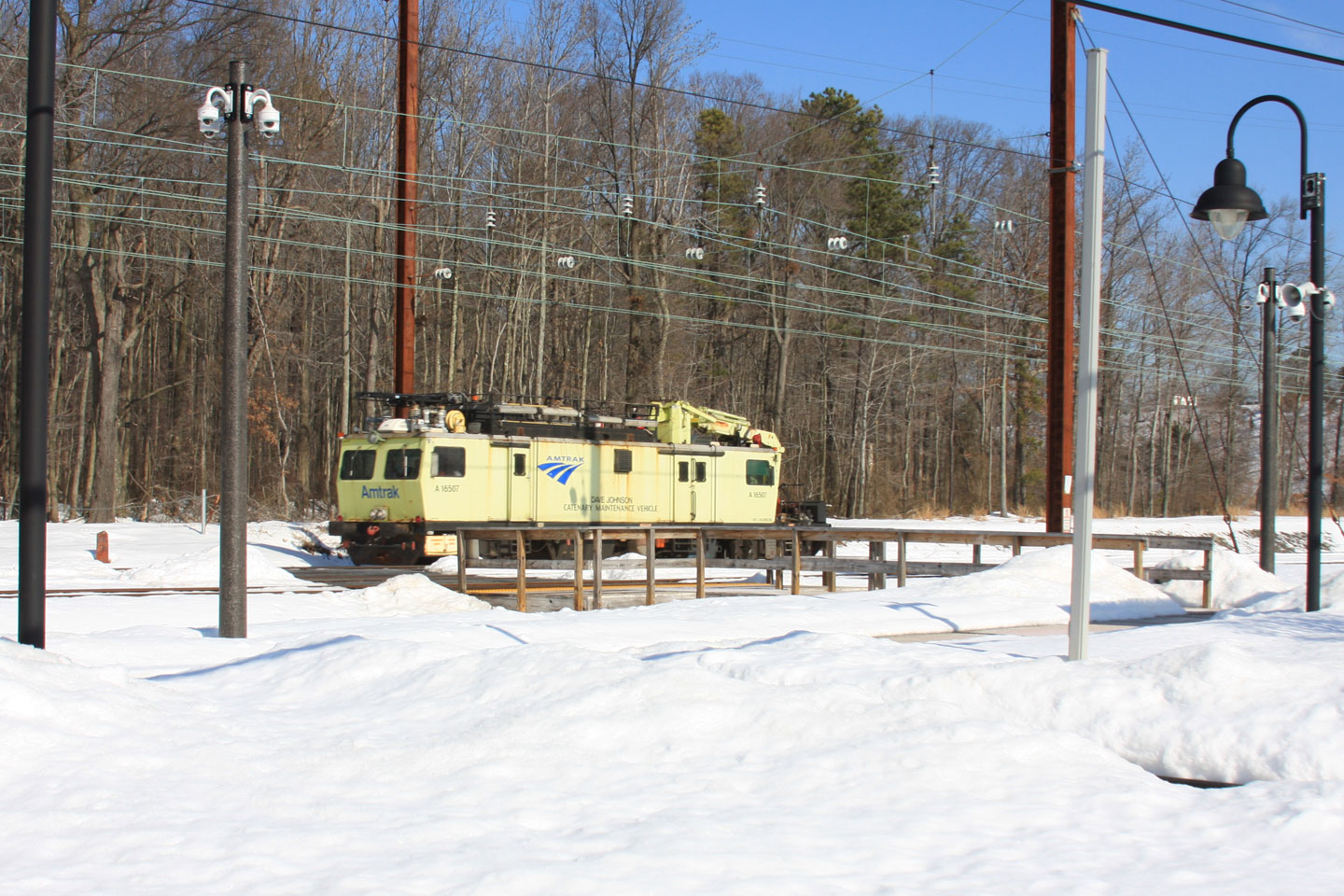 Then it was off to the Ebenezer Rd grade crossing on CSX’s Philly Sub to catch the other NS power that was rapidly bearing down on us. 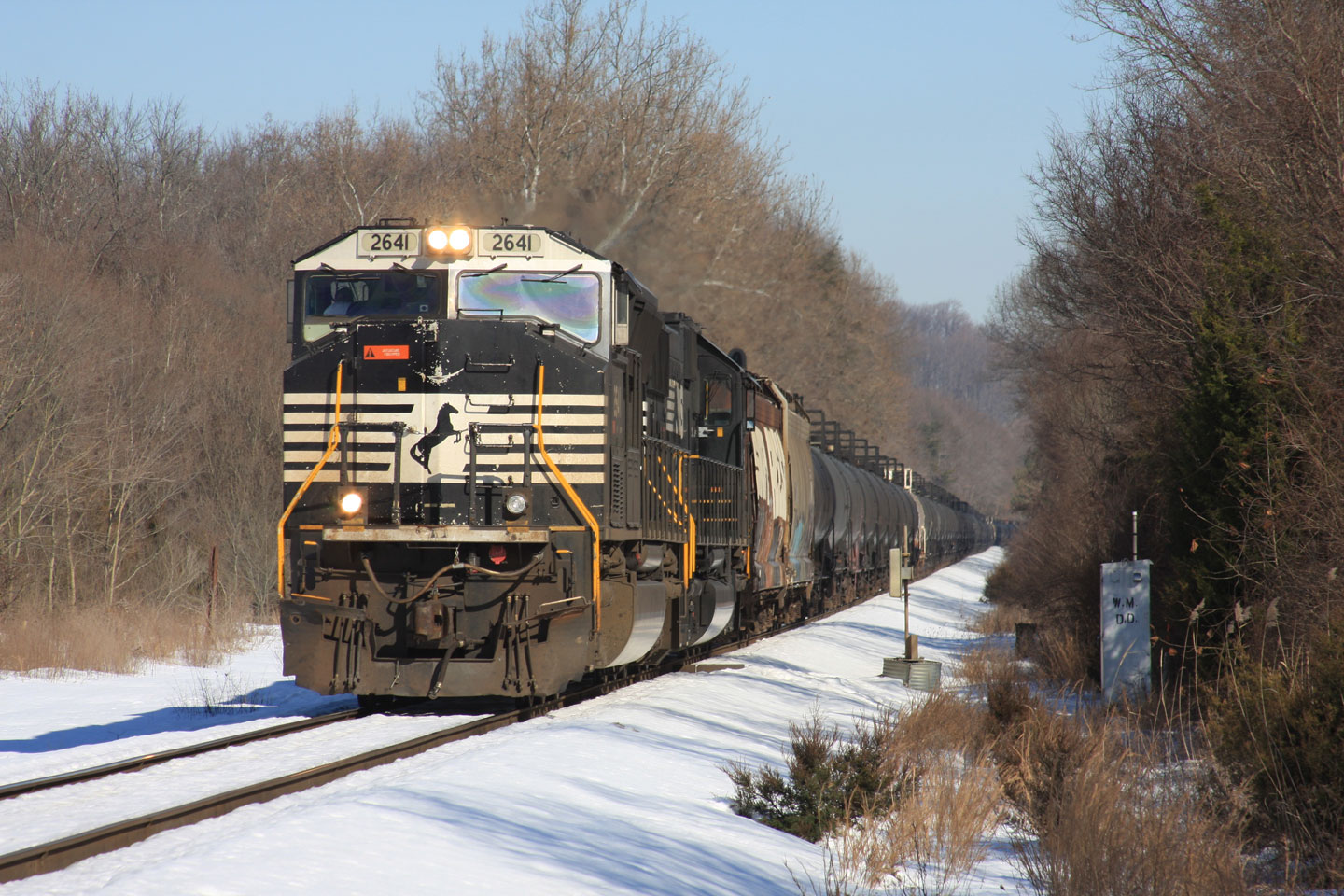 Then it was time for lunch and to get home and back to work. But it was definitely time well spent!