I was incredibly excited to catch NS’s “Yorkie” job heading north out of York on the former NCR (that I chronicle modeling over on my other site), and put together a video of the chase.

There’s usually an annual railfan trip tied to the Conrail Historical Society Board of Directors meeting. This occurs because, if you’re heading to Cresson, you might as well fan your way out.  This year, however, we had the meeting in Strasburg instead, meaning that the railfanning wasn’t nearly far afield.

That venue change meant that I had a chance to catch some more nearby action.

I also was planning on meeting up with my friend, which gave me some time to kill. That’s how I ended up stumbling on the NS transfer job getting ready to leave York for Enola. I got off I83 to check out the Windsor St yard, when I saw some freight cars slowly moving north.

The chase was on!

I first caught him at the “Flour” block station, just north of town, then headed north along George St to catch him for the second time. 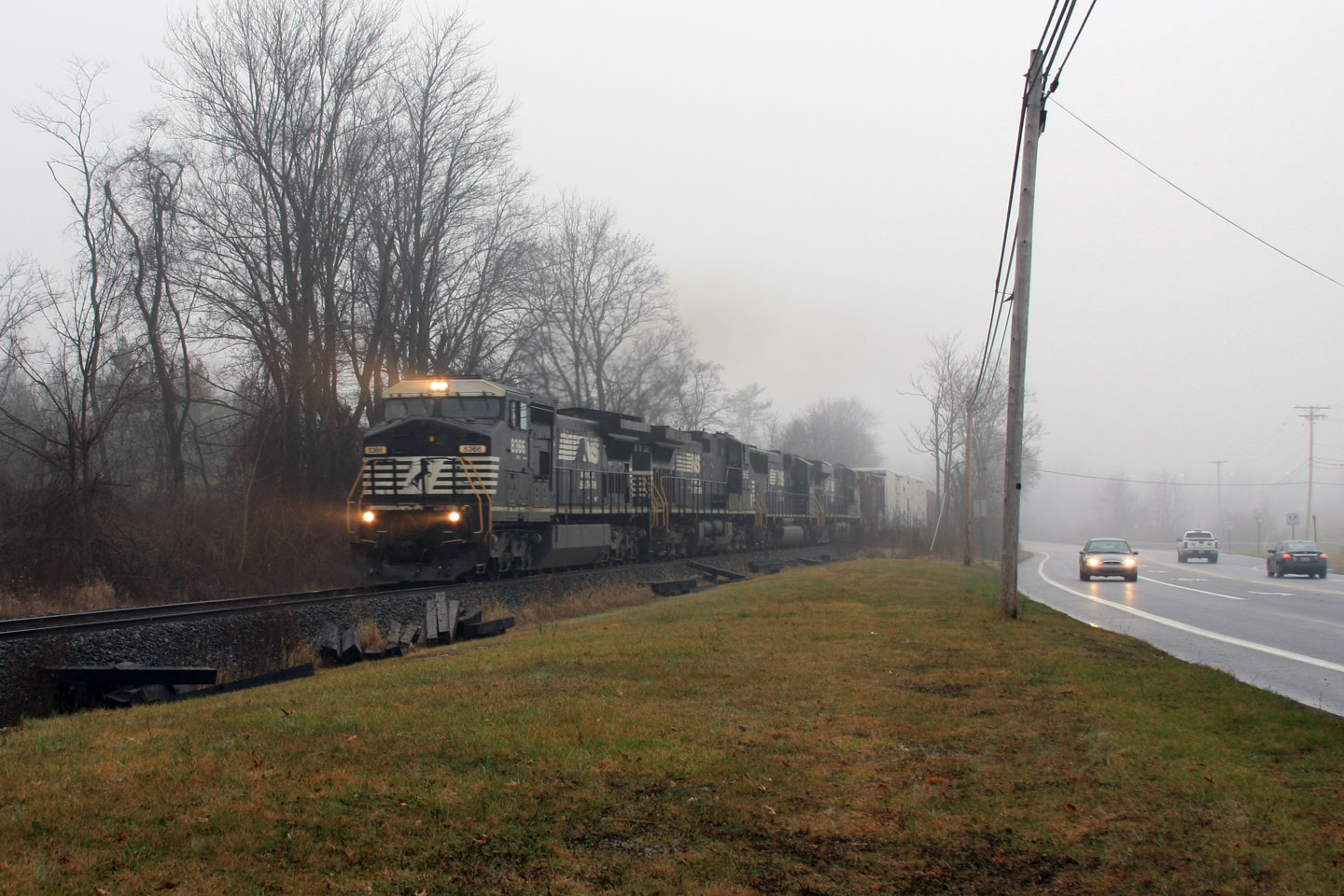 It was then pedal to the metal time again, so I could nab him for the third time in the town of Mount Wolf.

Due to to the weather, and my insecurities with my new camera, I decided to shoot video with my cell phone  at the same time, which, as I predicted. Actually turned out better.