I was really interested in the Octoraro Railroad when I was younger. It was about 30 minutes from home, but seemed incredibly exotic. I was surrounded by CSX’s Philly Sub and the Amtrak Northeast Corridor, but from my Kalmbach railroad guide, I learned that the Octoraro had an all Alco roster running through bucolic country. When I was finally old enough to go on my own, I went to go check it out.

This checking it out included a little scouting, but mostly was stops on my way home from college. They yielded two great photos that I still like.

The first was an incredibly lucky shot. I was coming home from college for Thanksgiving, and was taking US Route 1 to avoid the parking lot that was I95. As I approached the (at the time) Brandywine Valley grade crossing,  the gates started coming down. I made a quick u-turn, and tore off to try and get ahead of the train. After making a Buick station wagon do things it was never designed for, I eventually found success at the PA-926 crossing in Pocopson. I then turned around and headed on my way.

I don’t have nearly as good of a story for the following photo. It the Morristown and Erie’s Alco C424 4231. I’m not sure why the M&E had an engine here, it might’ve been leased, but I love the lighting. This was shot in Kennet Square, which has frequently served as the base of operations for the line. 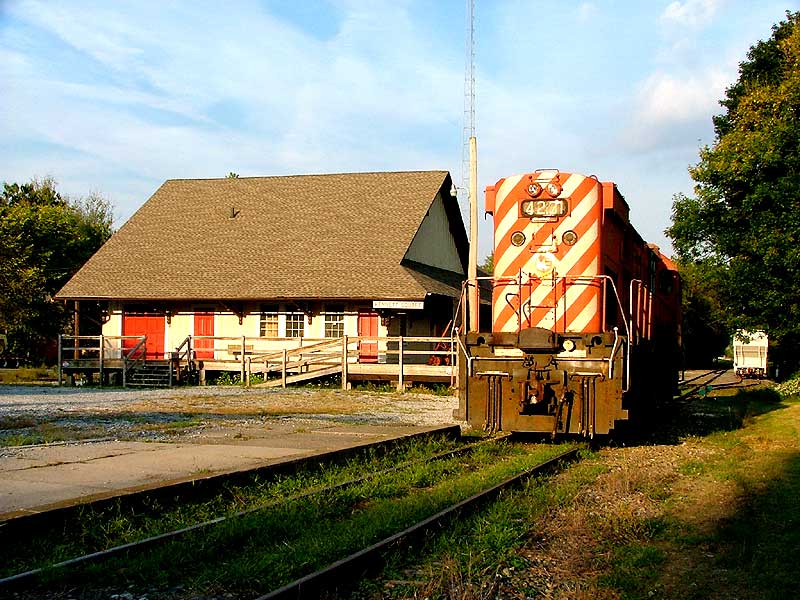