The 2017 N Scale Enthusiast convention was held at the Station Square Sheraton in Pittsburgh, providing a great base of operations for some railfanning around the convention activities. In addition to rail photos, I also took a few of the city.

Our railfanning began on Friday night when we decided to head to CP Pitt, but found its suitability as a place to hang out compromised by the some construction. We returned the next day though, and worked our way around the fencing to capture some shots of the AVR passing through.

From there we headed to Braddock, home of the Edgar Thomson Steel Works. While driving through Braddock we discussed why, even with an operating steel mill still in town, Braddock seems so run down. Our thoughts were that, as the wages at the mill have climbed over time, and transportation systems have improved (ie, highways everywhere), those who had the means moved out from the “mill town” to fancier places. That left behind only those without the means, and a town that no longer had its initial purpose.

Usually while in Braddock we try and catch the Union, but today we were poking around behind the mill to see the basic oxygen furnace we lucked out with some CSX action. One funny thing we noticed while in Pittsburgh was the Hunter Harrison effect: trains that might’ve been a unit auto rack train before are now combined with regular manifest freight. This one was no different.

From there it was off to dinner at the Shiloh Grill in Mount Washington (which I would HIGHLY recommend). They had a cheeseburger chimichanga and an Arrested Development joke in the menu. They also had an entire selection of manhattans (our house cocktail) and a great porch to sit on.

While we were up there, we also checked out the scenic overlook. The views are beautiful. 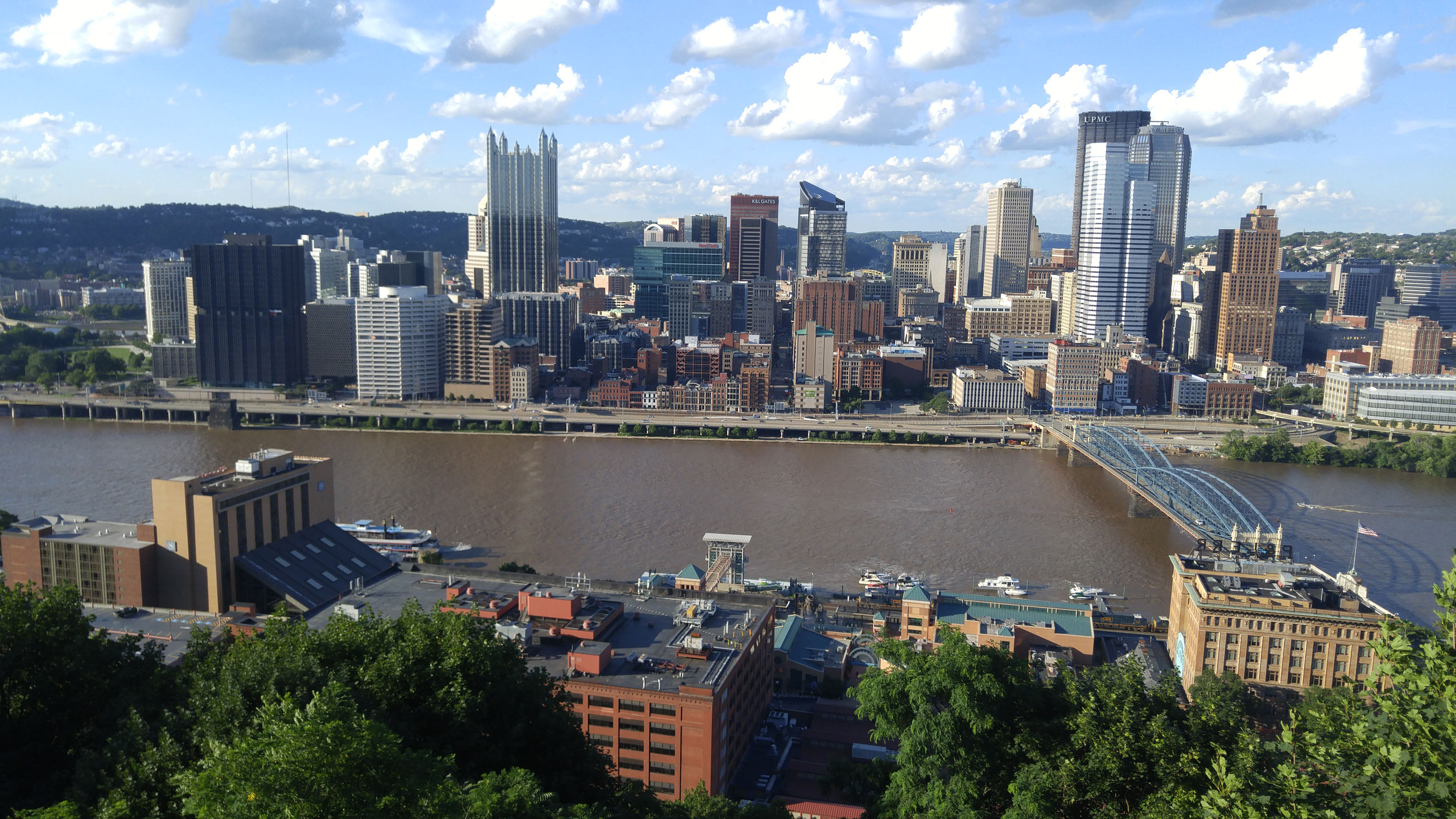 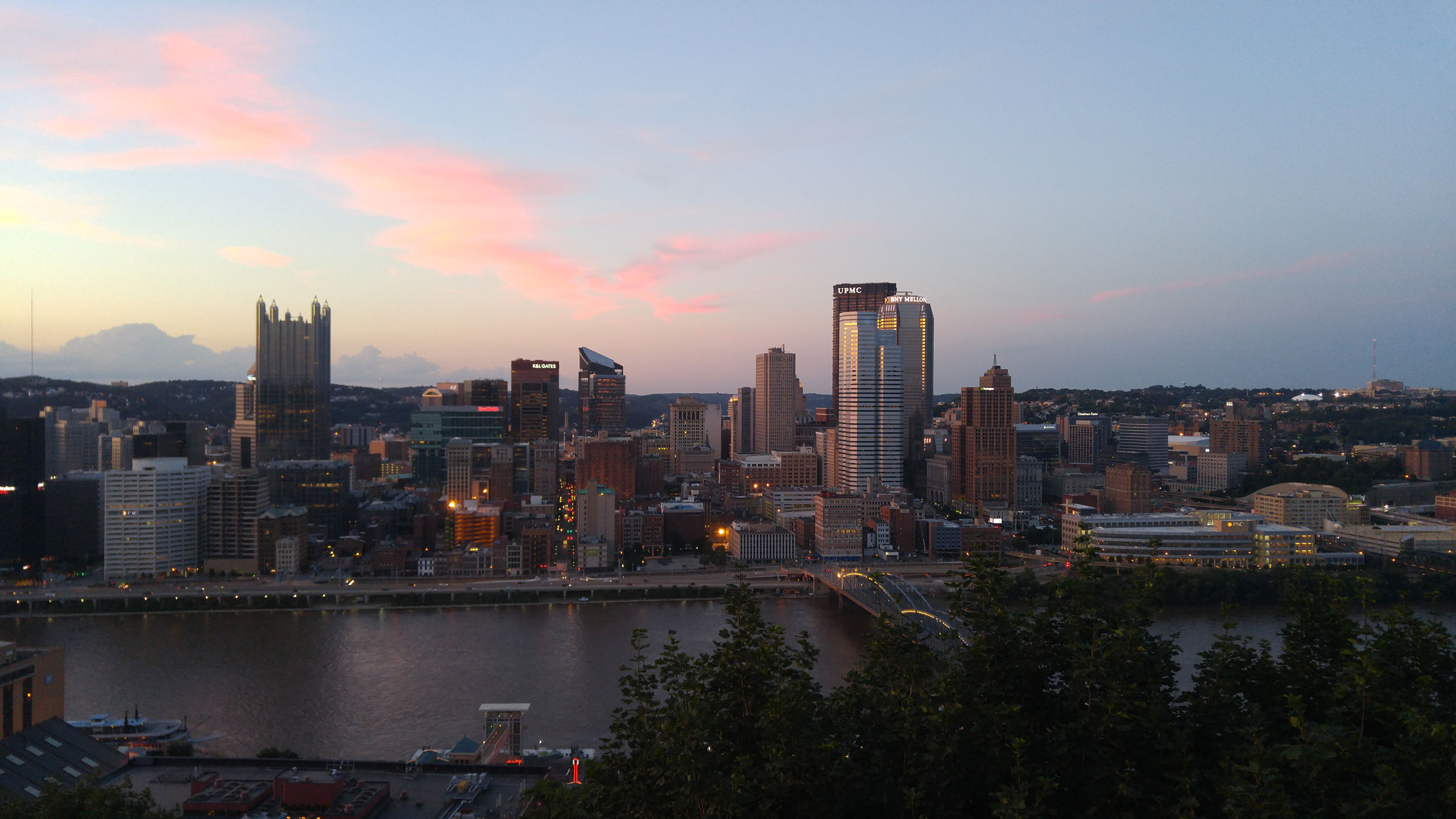 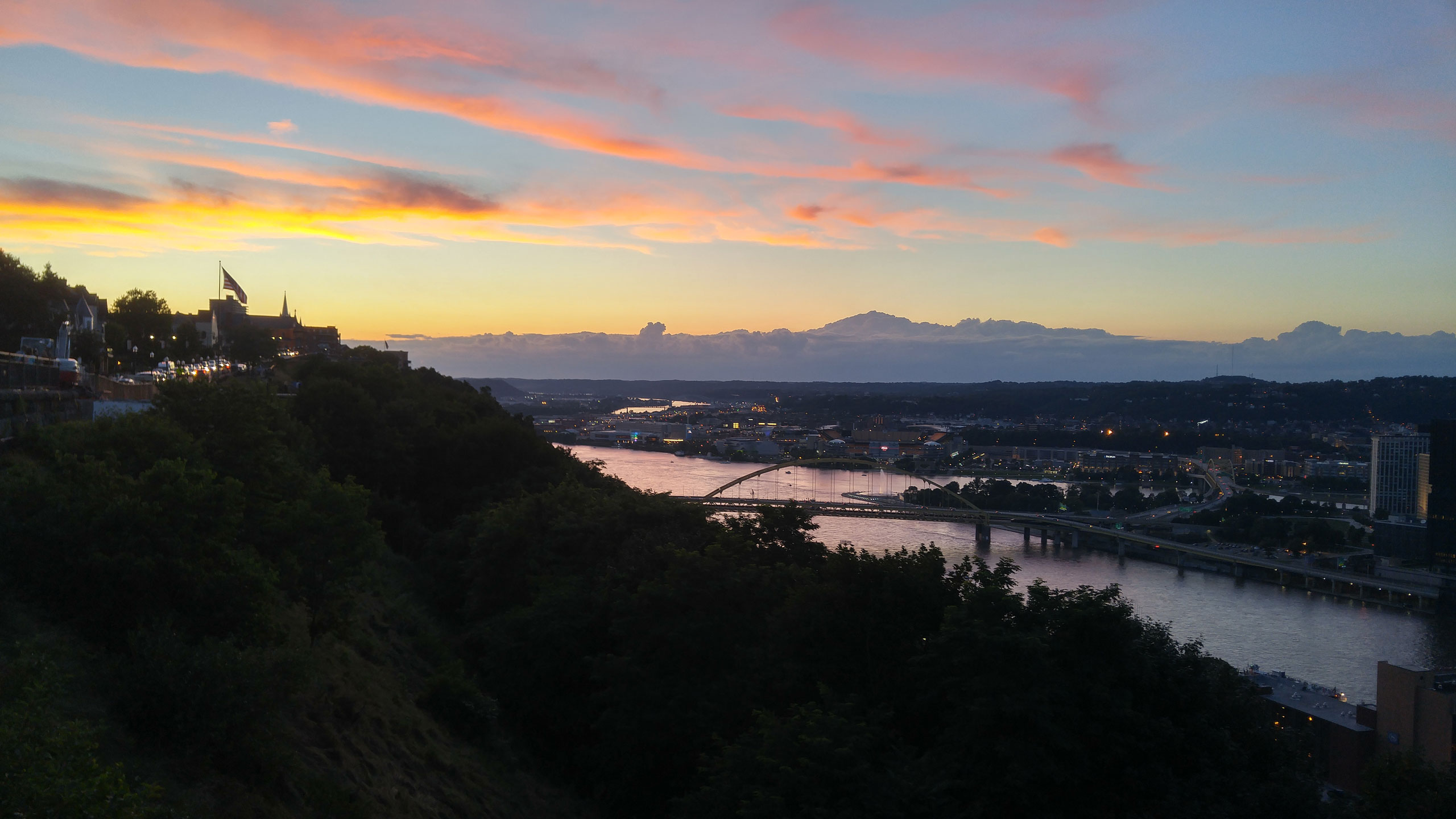 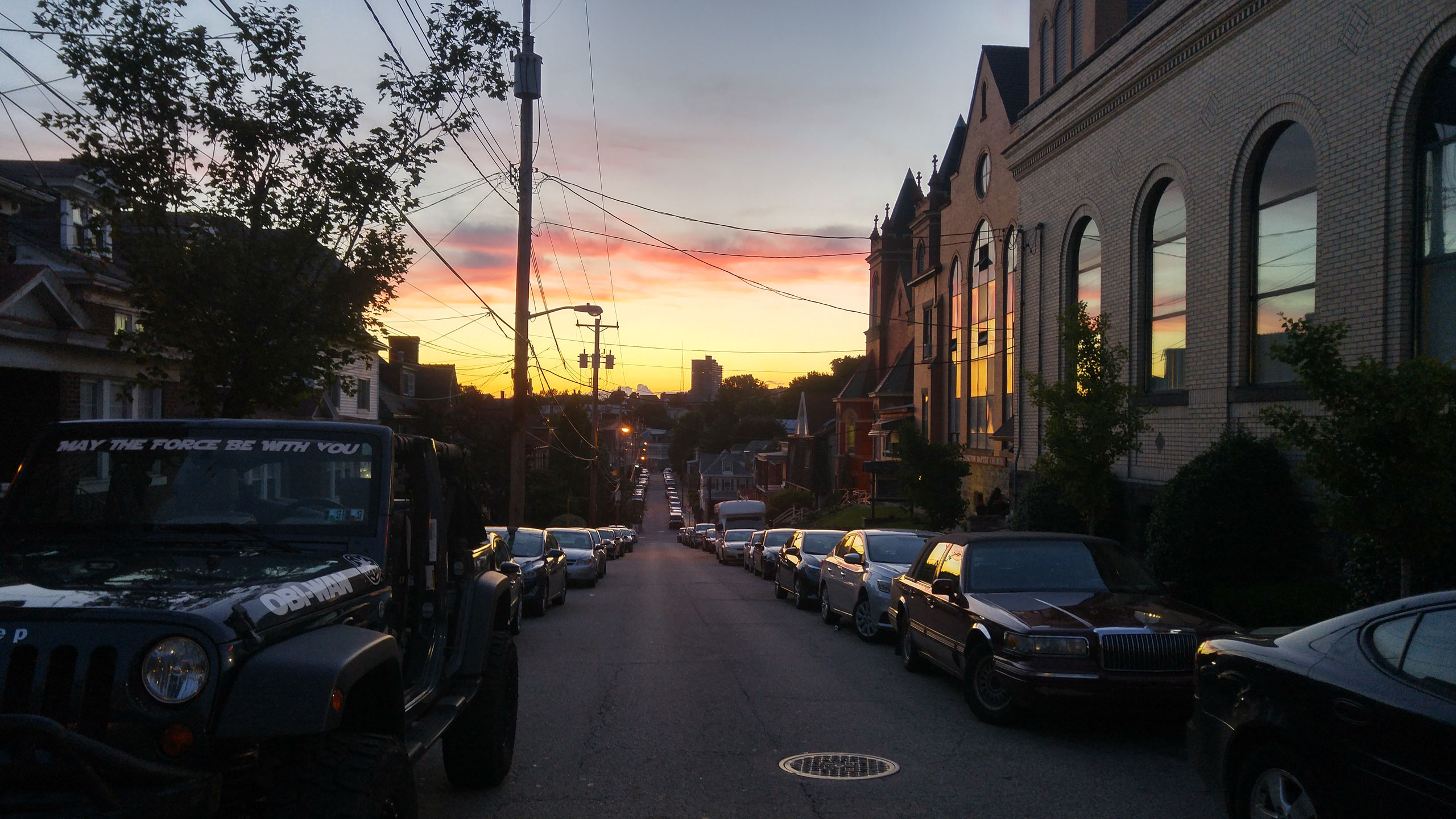 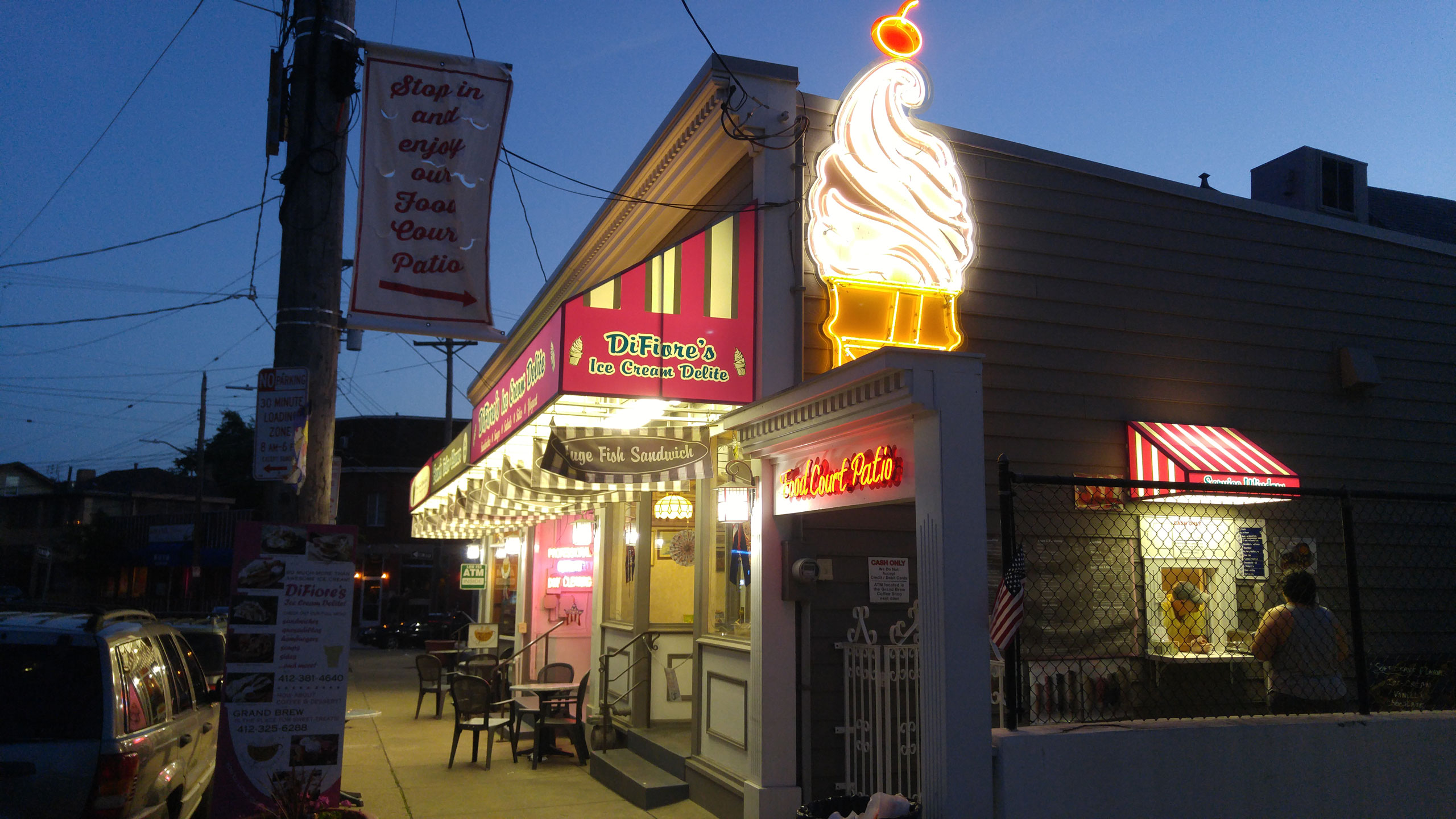 We then returned to the hotel to railfan from the balcony. We didn’t see a ton of action, and nothing worth photographing, but we did have a good time. 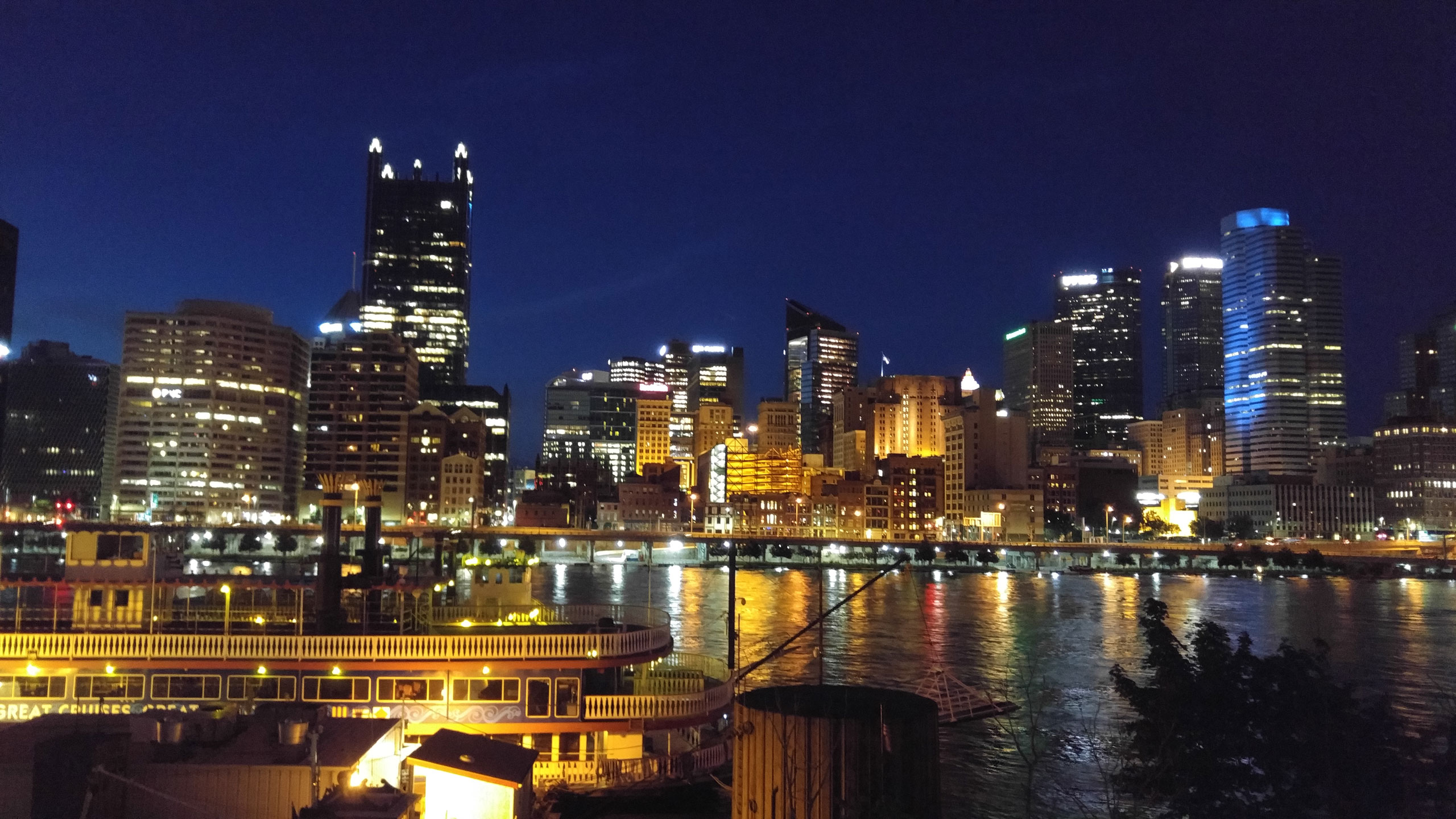 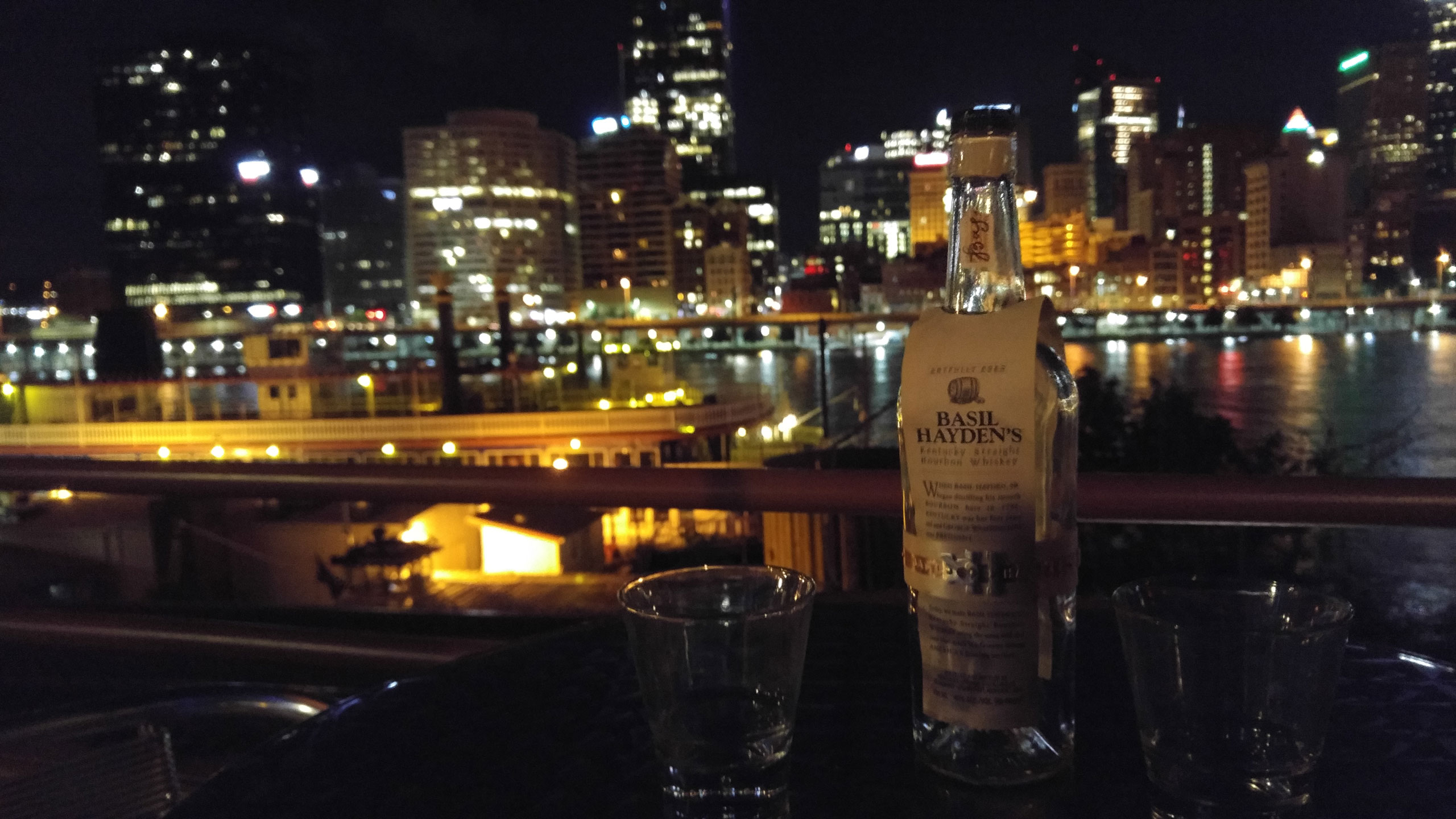 That last photo helps explain our slightly late start on Sunday, which only brought us to NS at Wilmerding where we caught some yard power leaving Pitcairn yard.

I was surprised by the presence of one of the googly eyes that we had hung up on one of the ROW markers.

We had planned to head towards home when we heard a coal train approaching with an ex-Con SD60 leader. It was surprising to me how few Top Gons are still floating around. They were so ubiquitous on NS just a few weeks ago. 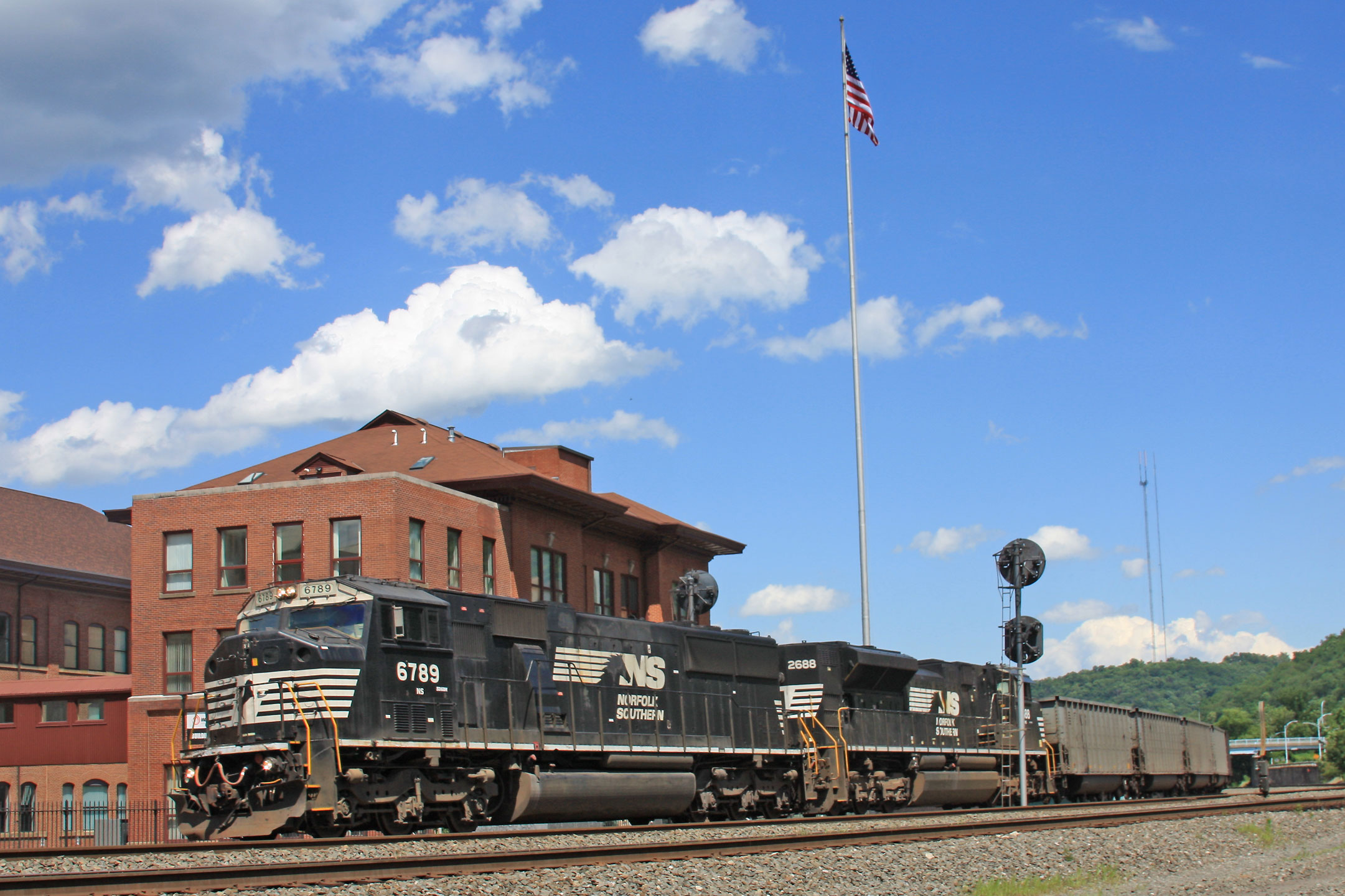 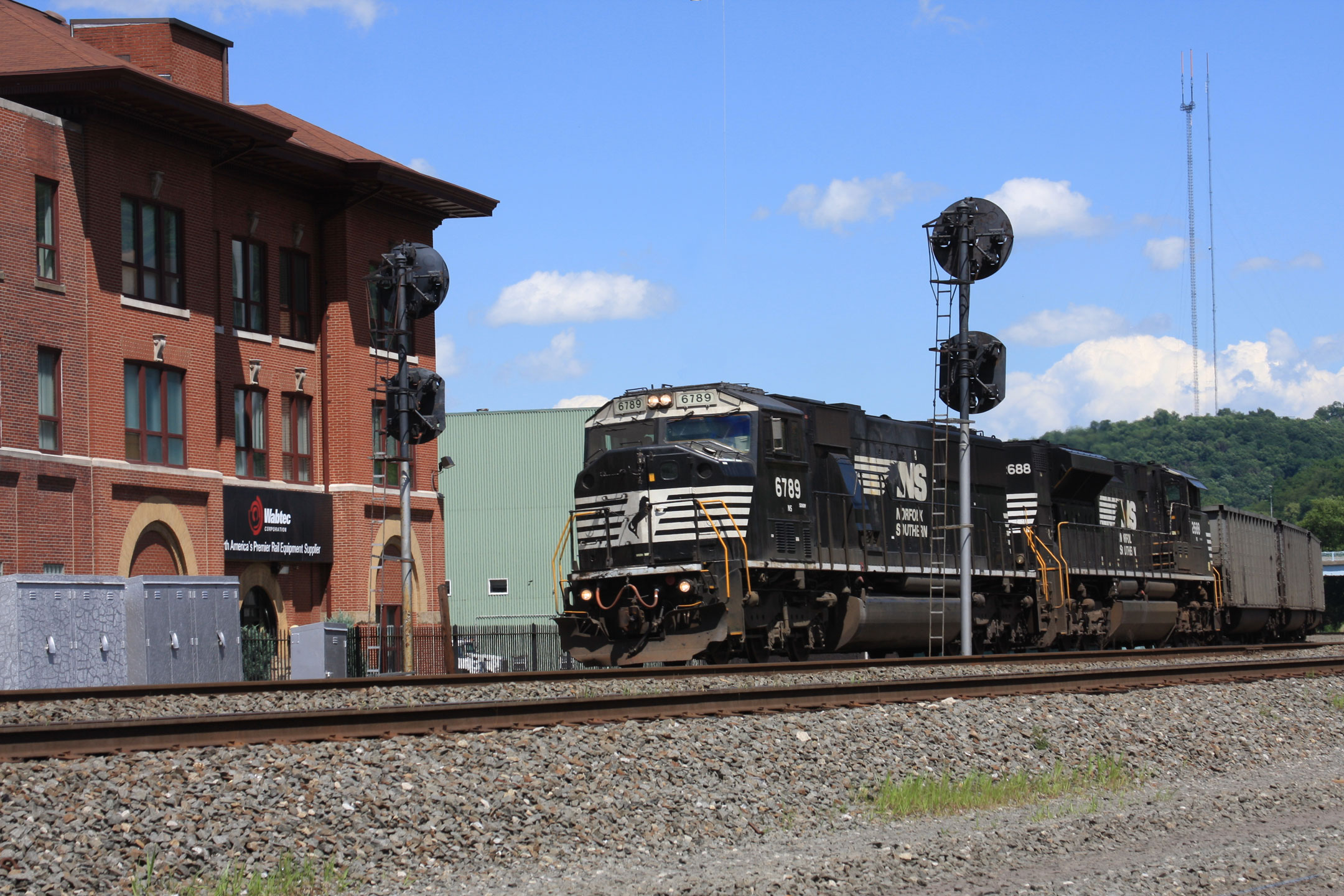 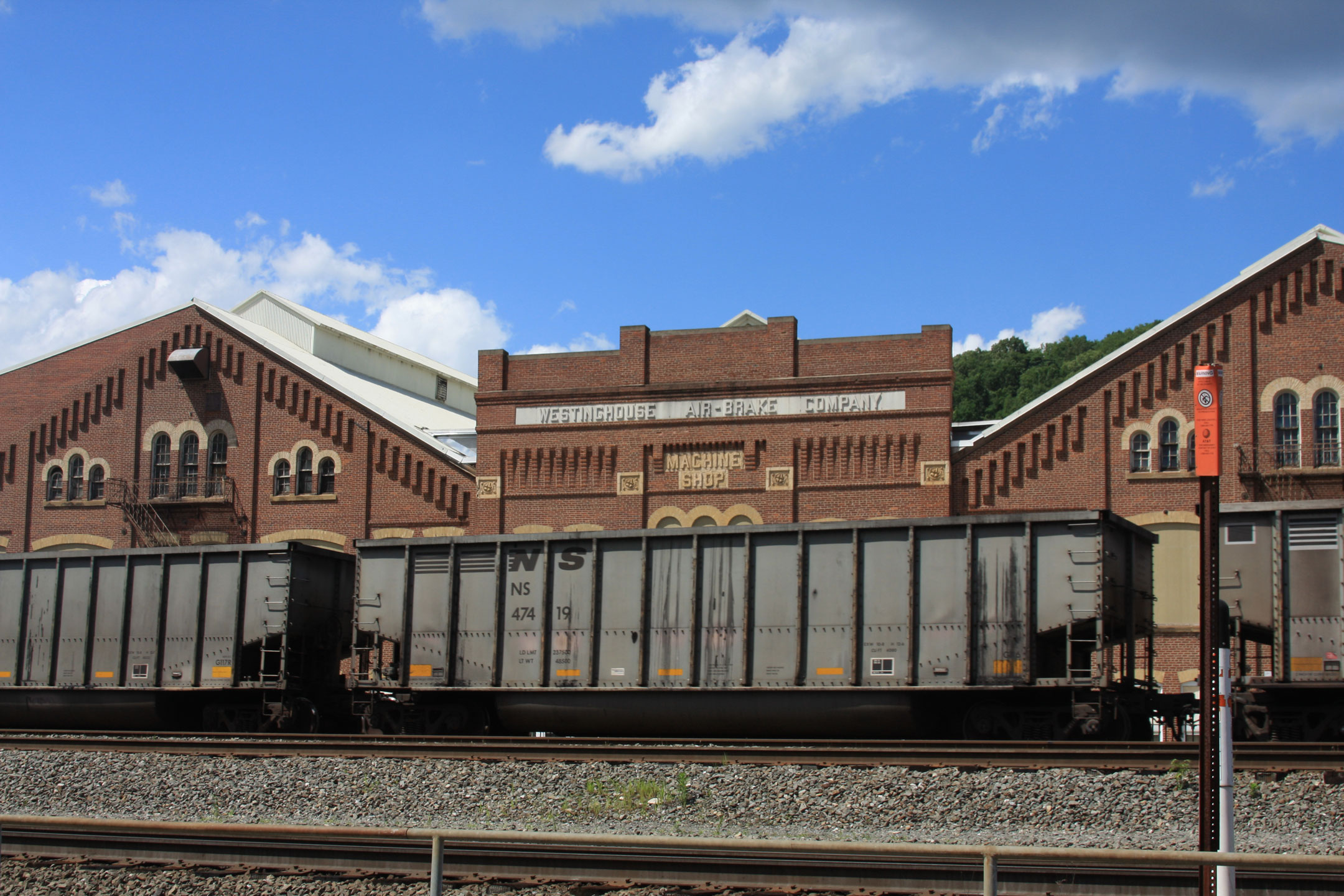 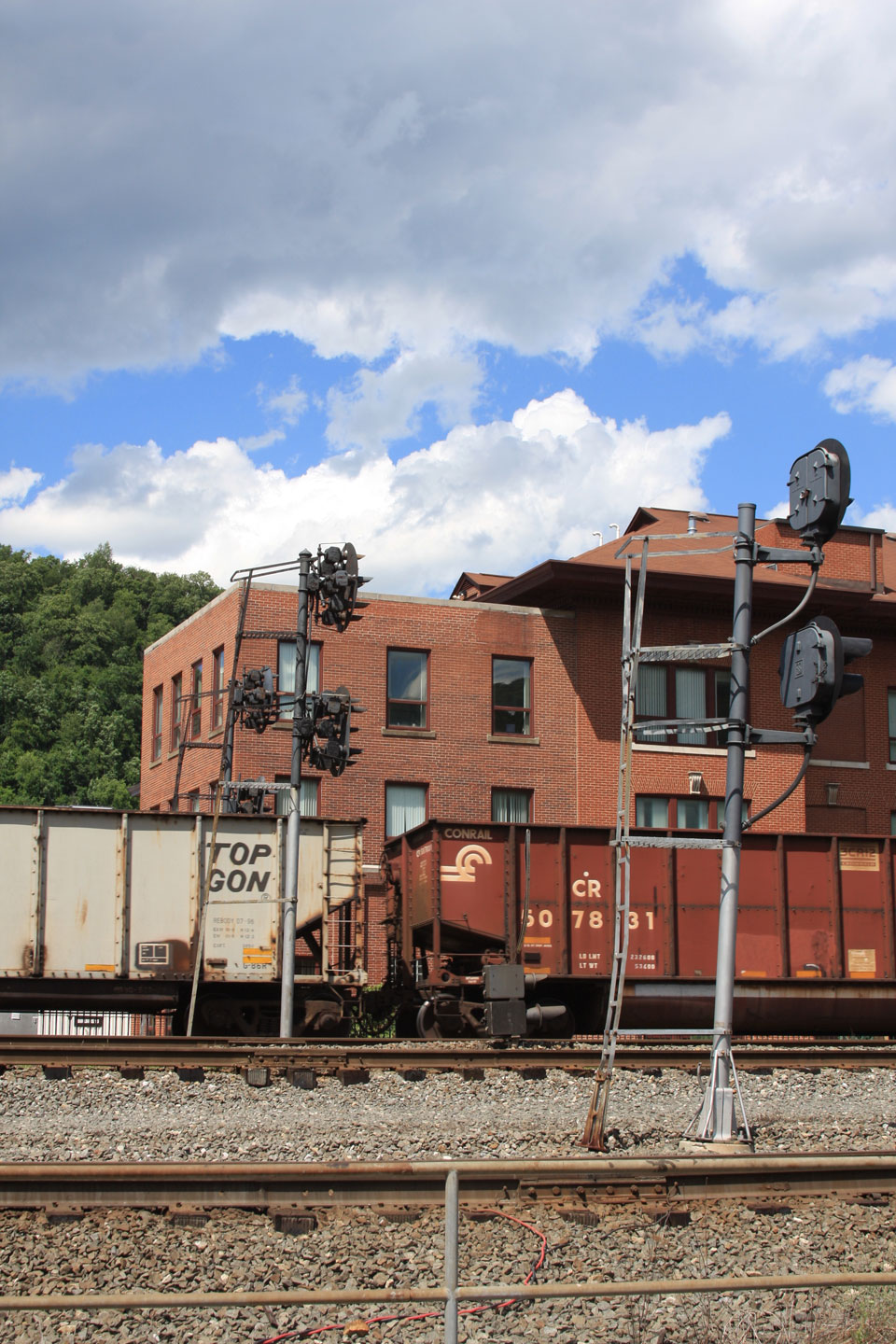