I had a chance to get out for a few hours in my backyard and got to enjoy a beautiful cloudless March day.

I first made “the Canton Loop” looking to see if there was anything going on in the city. The entire area was quiet as a mouse. Nothing at Boston Street, Penn Mary Yard, or the west end of Bayview Yard. Except… there was a mixed freight standing still on the mainline track 2 (the eastbound one). I guessed that this was probably the tail end of a train doing work at the east end of the yard and that, if I wanted to see it, I needed to get east of the Yard.

While I was driving out that way I heard, thanks to the awesome Baltimore Railroad Radio Feed, that I was right. It was Q438 and he was just getting done his work and would indeed be heading out shortly. The dispatcher told him that he’d be waiting for westbound L277, however.

This was even better news for me because the light was far better for a westbound.

I decided to head to the Dump Road crossing, made infamous in a grade crossing incident a few years ago.

First Q438 pulled out of the yard and up to the crossing. 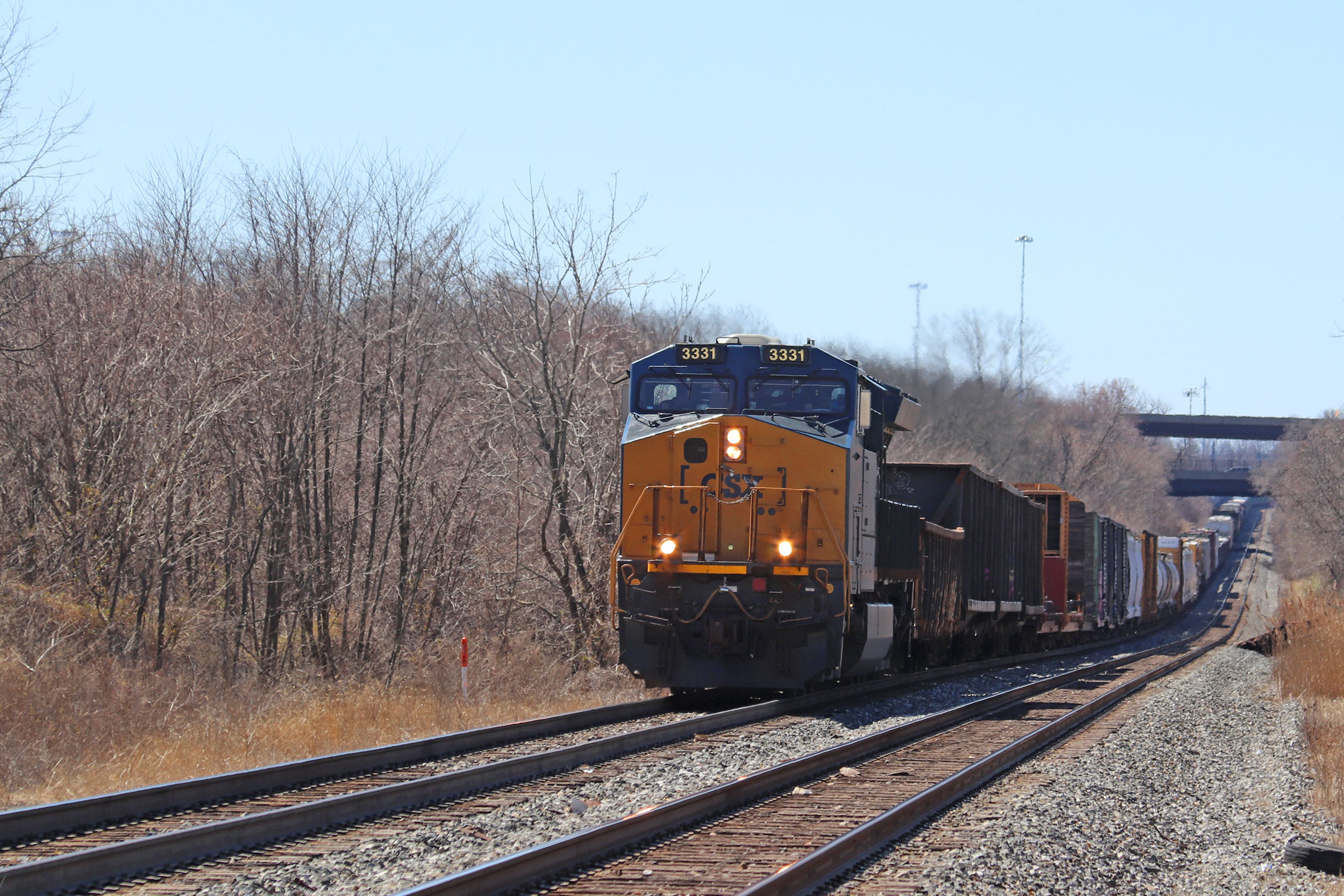 He stopped short even though he had an approach signal, likely because he would foul the crossing if he had pulled up to the next stop signal. 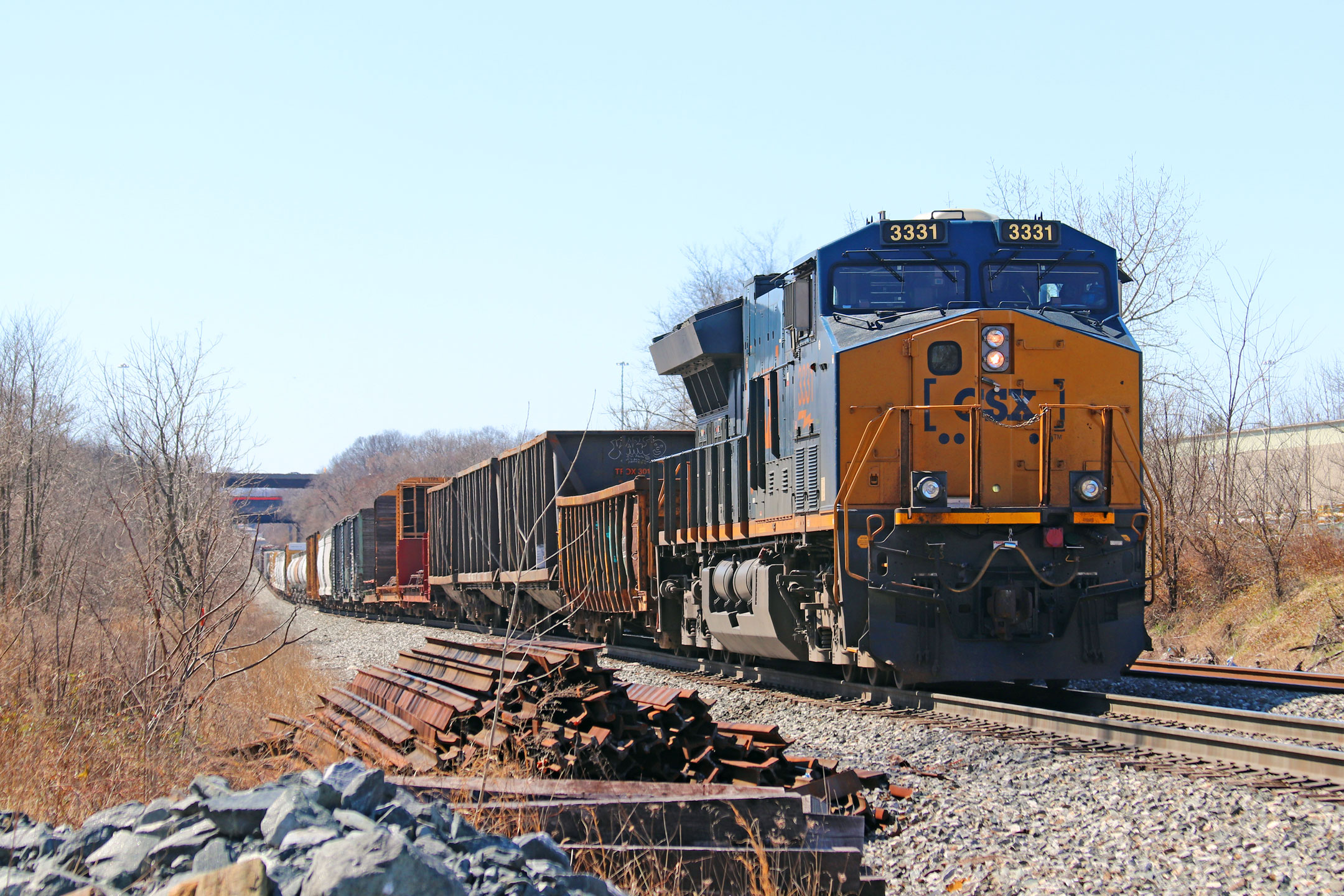 The crew was very friendly and even gave me a heads up when L277 was getting close. Here it is in great light. You can see Q428’s approach signal in the distance on the right. 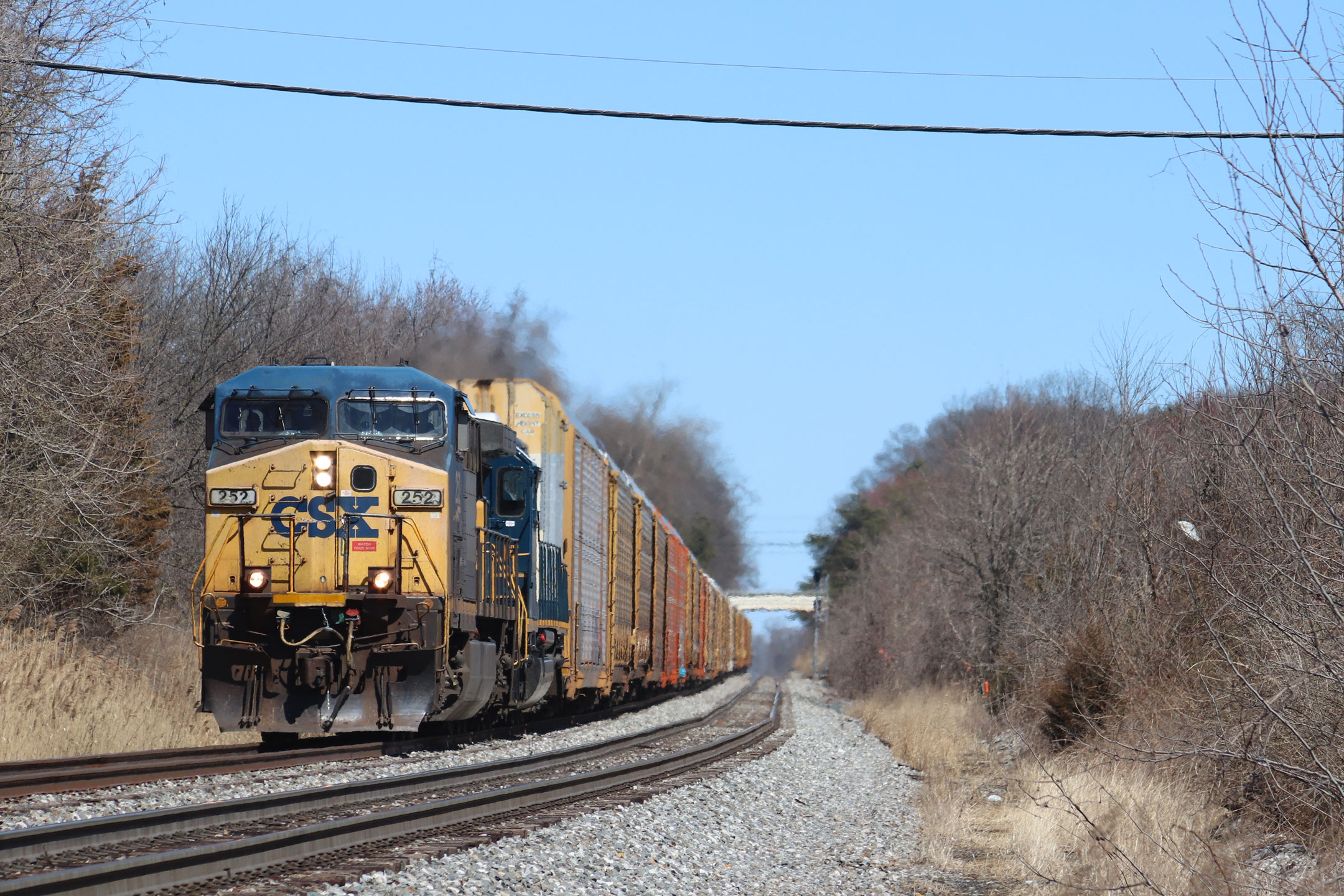 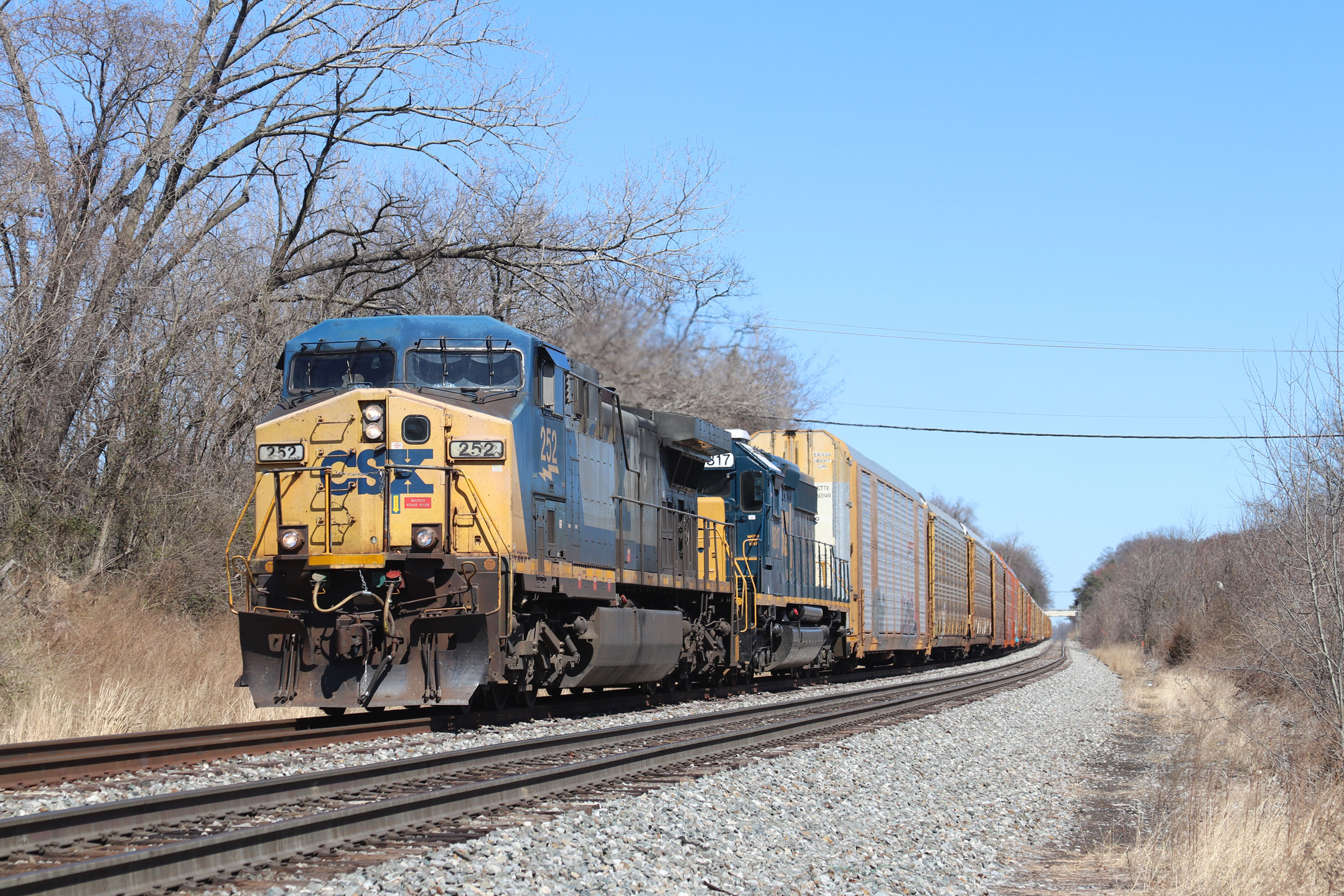