Work recently took me to Indianapolis and my flight schedule meant I had a few hours to see the local sights. I saw quite a bit.

My sight seeing started while my plane was landing. I saw an autorack train heading west between downtown and Big Four Yard in Avon. I though “oh, neat”, I wonder if I’ll see that later.

Knowing which way it was headed I headed for the yard in Avon, just west of the city. I had been here before and knew there was a good spot at the west end that would give me decent light and a spot on the east end that wouldn’t (but would be worth looking at anyway).

The east end spot was my first stop. I could see the tail end of the previously spotted racks on the main and figured I might be in luck. I then plugged in the location at the west end to Google maps and lo and behold, it told me to go right through the yard! Who am I to argue with my electronic overlords?

So off I went, being careful but also occasionally stopping to shoot a photo through my windshield. 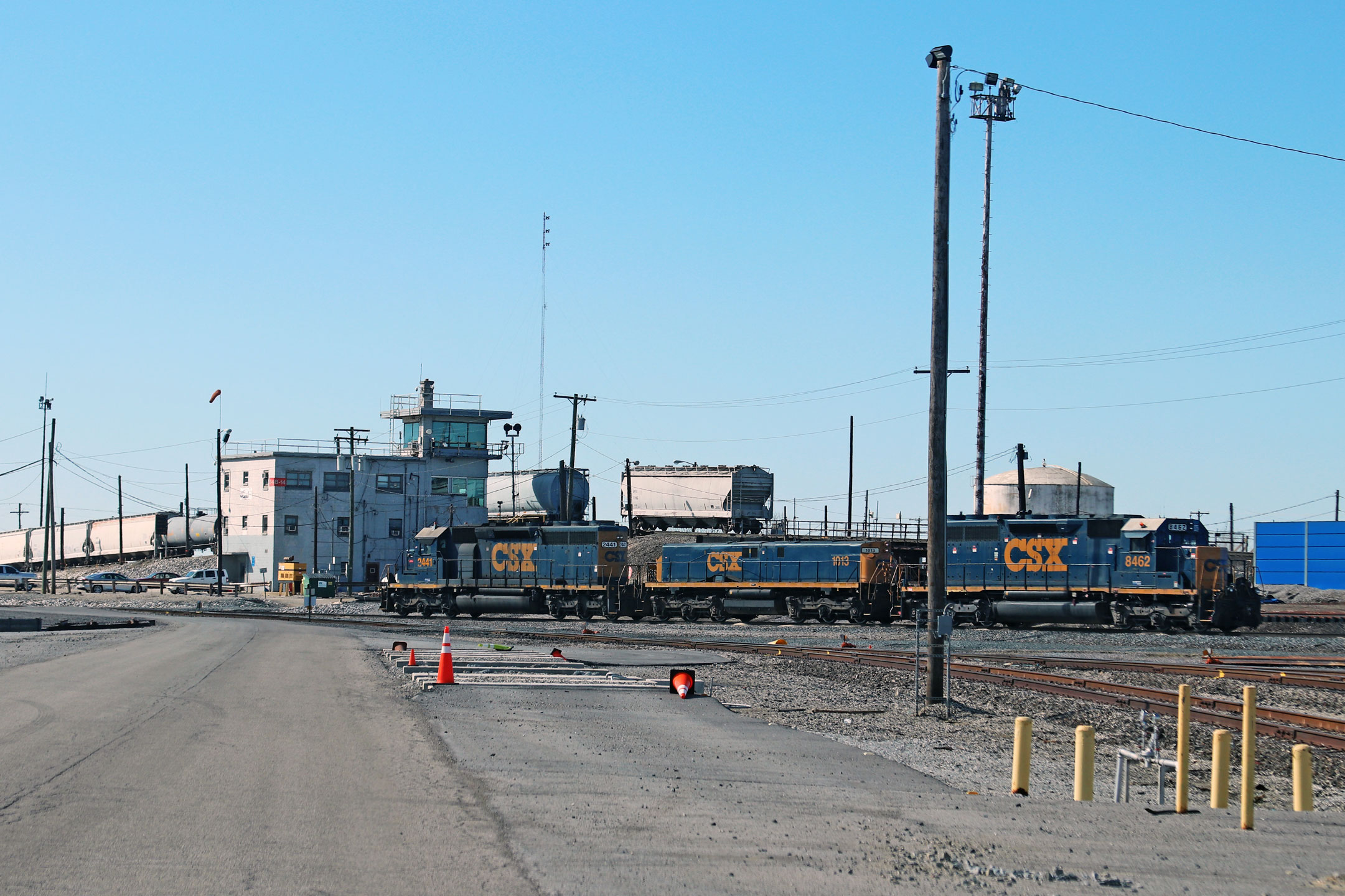 Eventually I got through and thought “jeez, I should go back with the light to my back” but didn’t want to push my luck.

I found a pair of SD40-2s and a slug shoving a nice long string of cars over the hump. I was actually somewhat surprised because I know that just a few months ago CSX had planned to end hump operations as part of their “Precision Scheduled Railroading” scam. I wasn’t complaining though! It was great to hear them working AND to see a Conrail survivor. 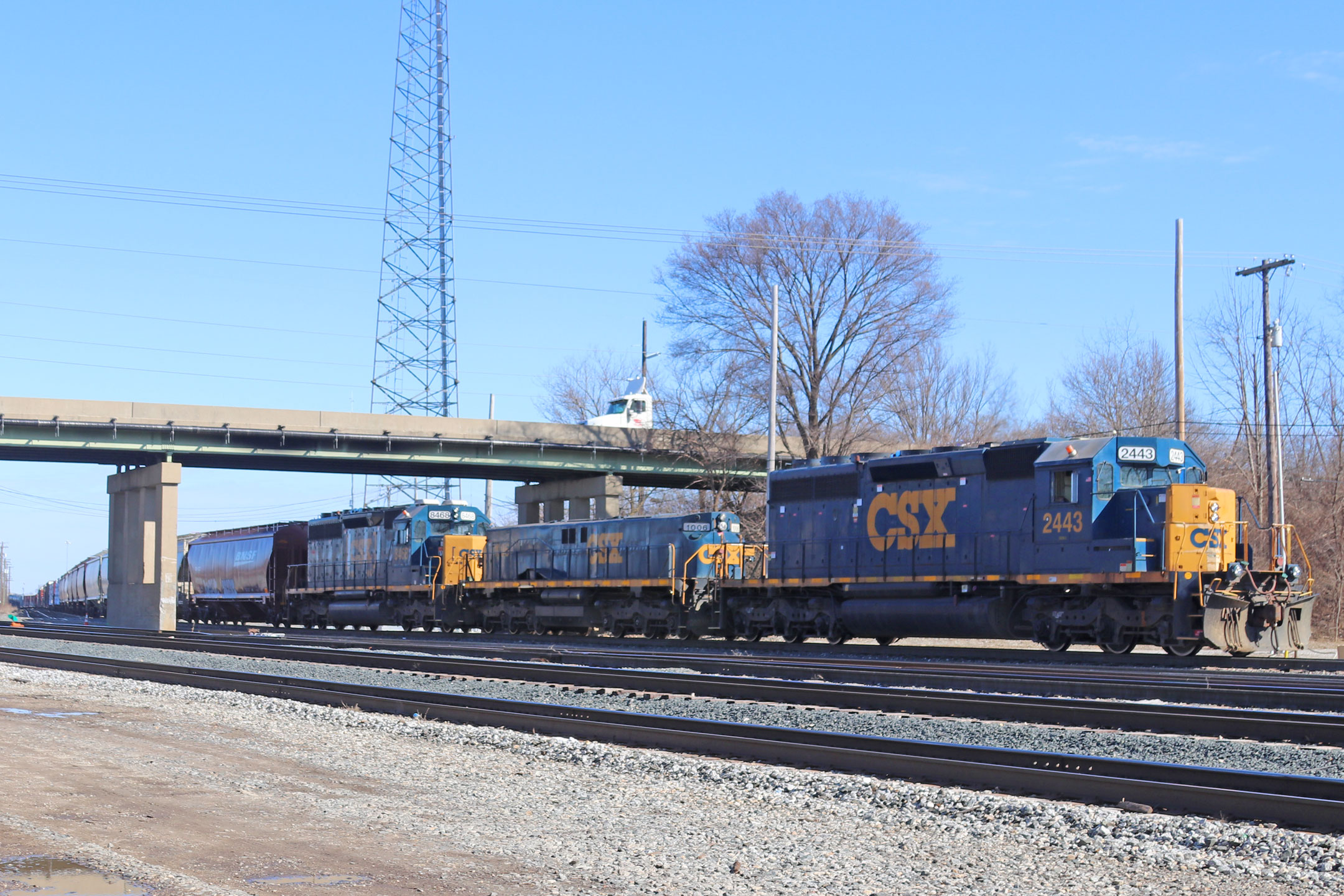 The sun was better after they shoved under the bridge though. 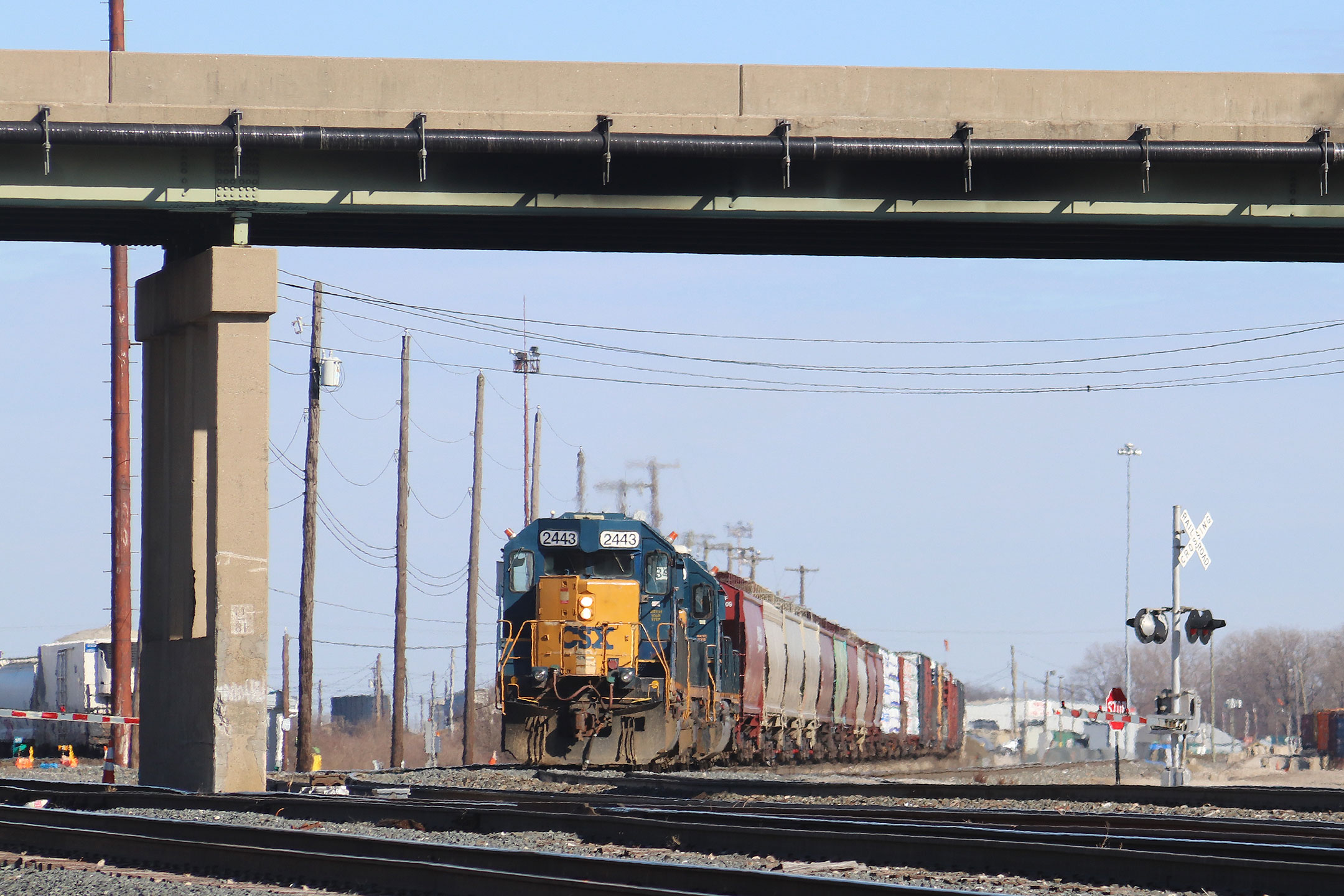 As these guys were working I could slowly see a westbound headlight in the yard, hoping the train would appear while the hump power was visible. I got lucky and it worked out. 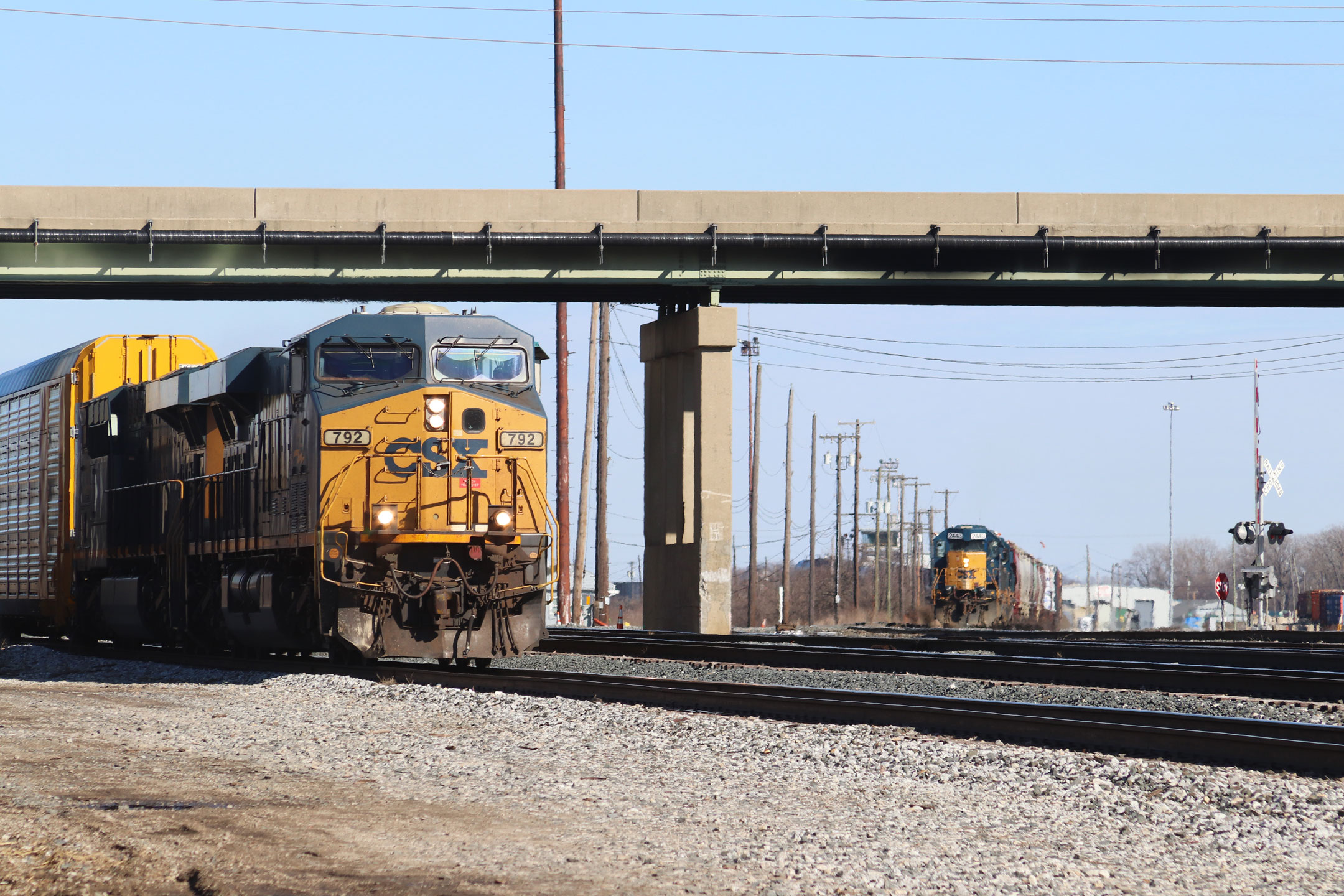 After the autoracks passed it was time to head downtown. My plan was to head to the Union Station garage to see what was going on at CP IU, which I couldn’t get to last time I was in town.

I had to pay to park again, but it was well worth it. It was a great scene and the light was perfect (for a westbound train). Not so much these eastbounds… 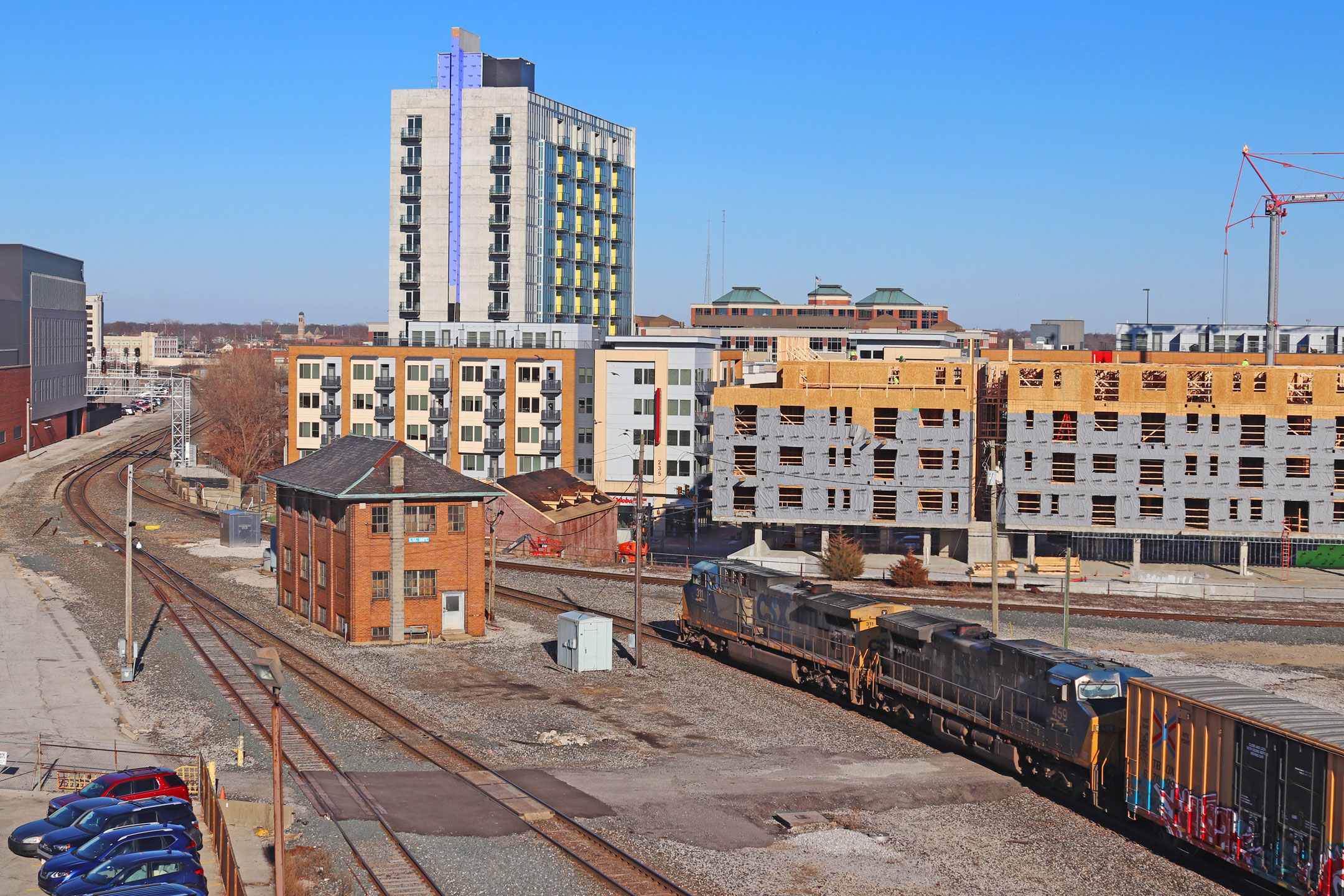 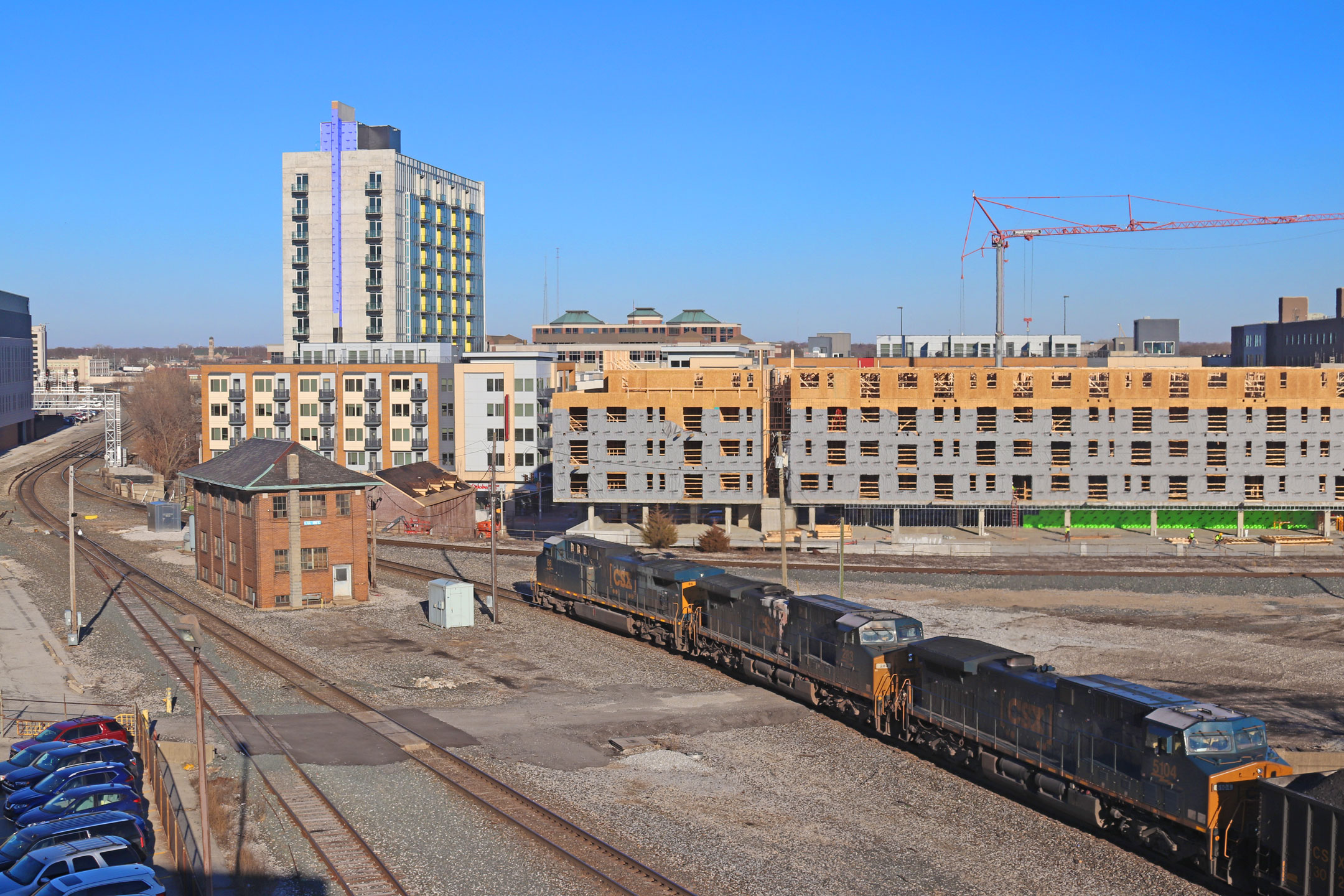 Eventually what I was looking for arrived. 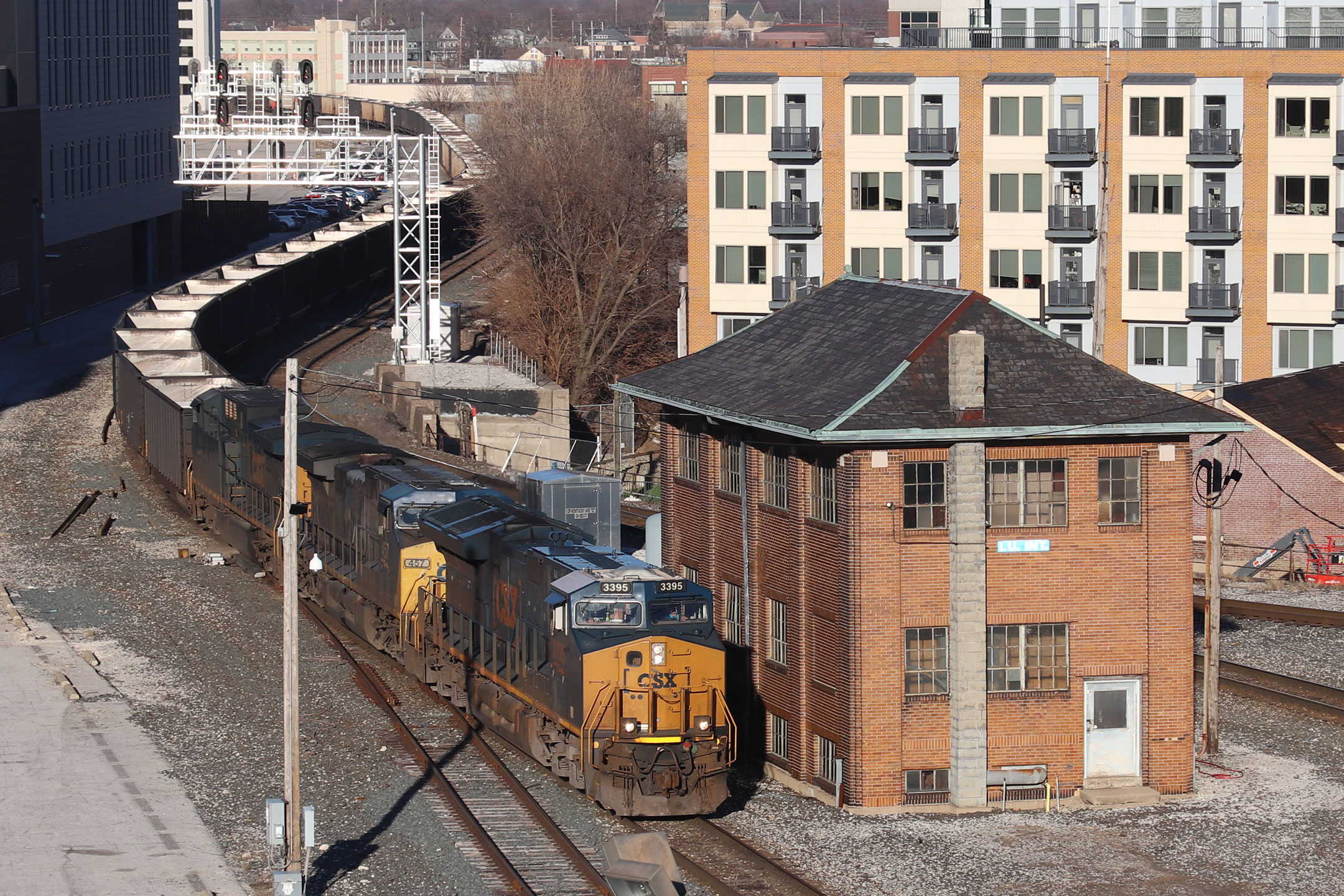 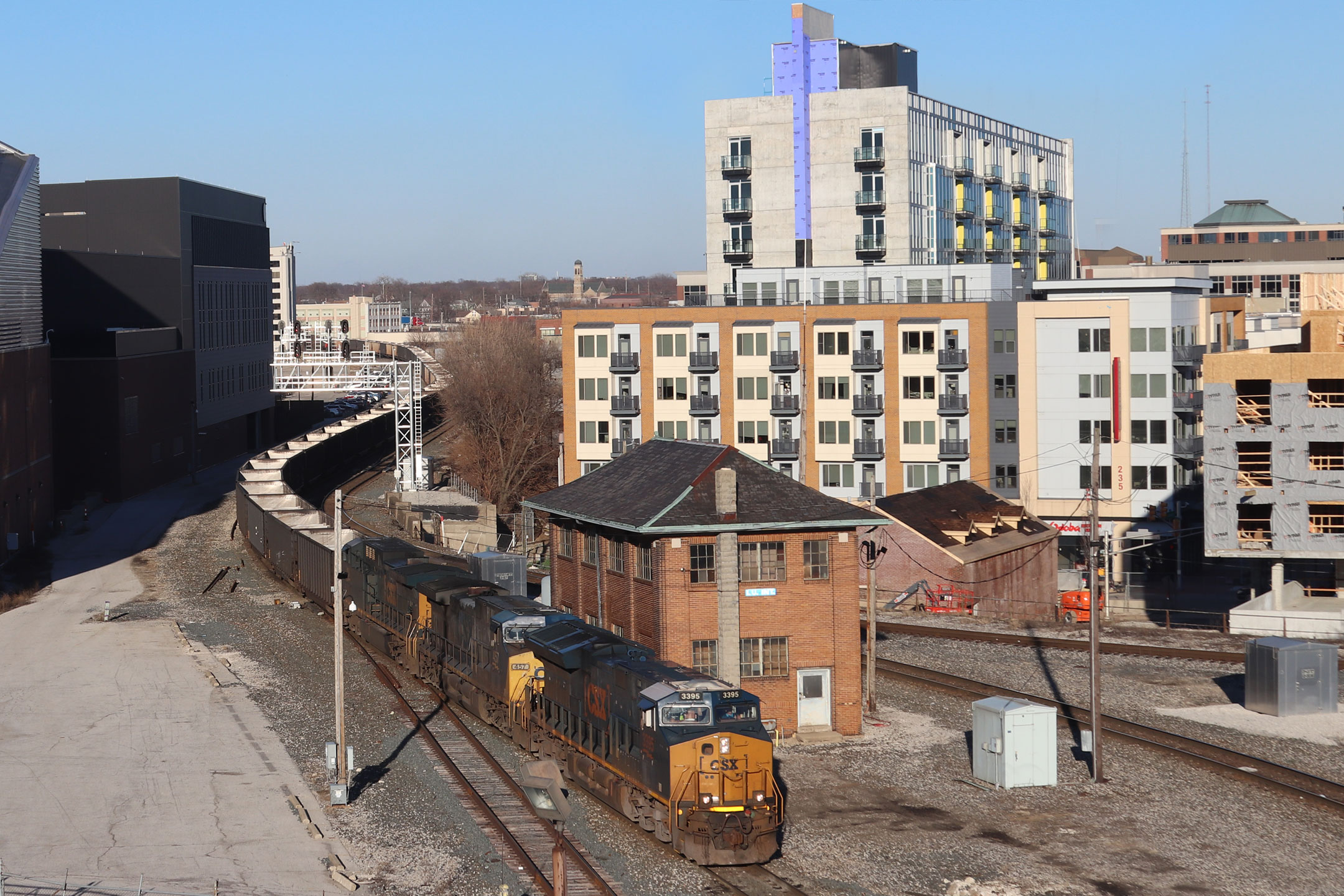 And one last photo of the power. It looks like a Scaletrains model! 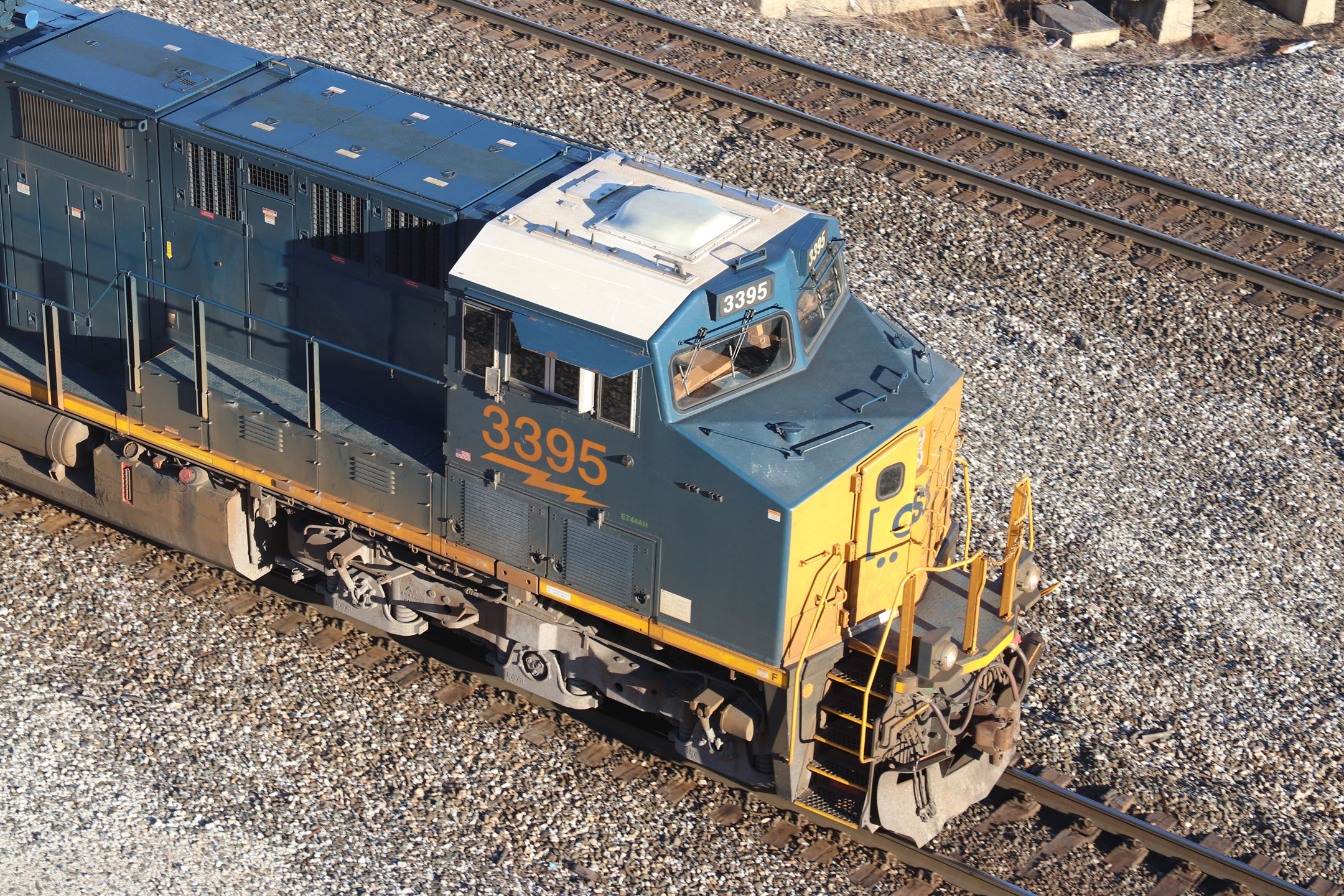 Speaking of aerial views, the next day I caught this from my hotel. Check out that Conrail Big Box! 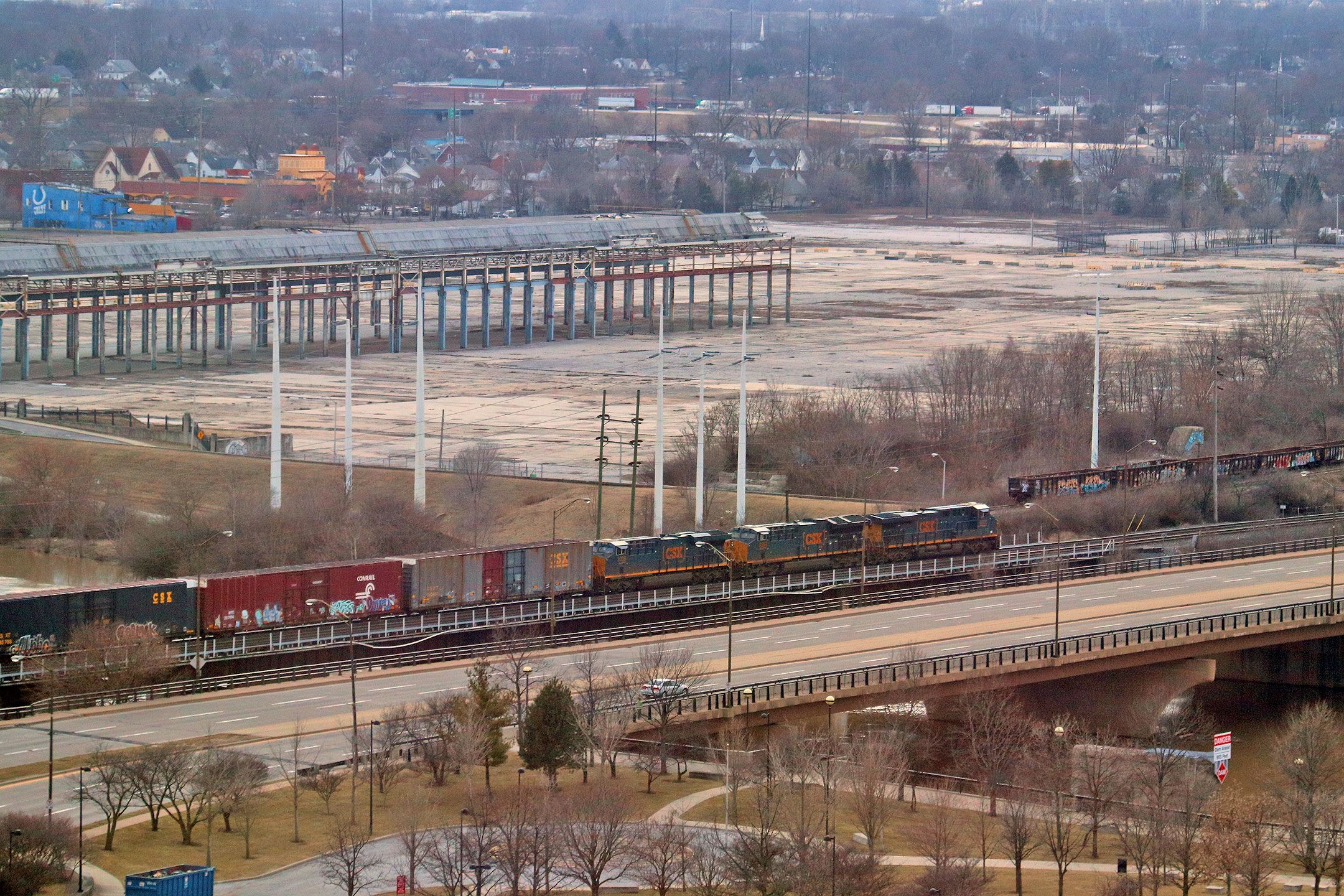