We live in weird times. Covid-19 has changed many things in our lives. The name of the game currently is “social distancing”, keeping your contact with people to an absolute minimum. That means, generally, staying the f**k home. However, it was a beautiful day, I just got new tires, and I needed to get some fresh air.

The day started by heading towards my usual haunts of Martin State Airport, I figured at least Amtrak was theoretically a guaranteed thing (even with its reduced schedule). However, my new scanner alerted me to some action over on the west side of town. After a quick consultation with a pro, I headed west through the tunnels and circled around looking for an indication of what was going on.

I was initially tipped off while hearing a foreman talking about needing to bring some MOW stuff out onto the mainline from Locust Point and Y134 needing to get where he currently was. I figured hanging out at Race St was a safe bet. Soon enough the MOW move showed up pulled by a Brandt “Power Unit” truck. 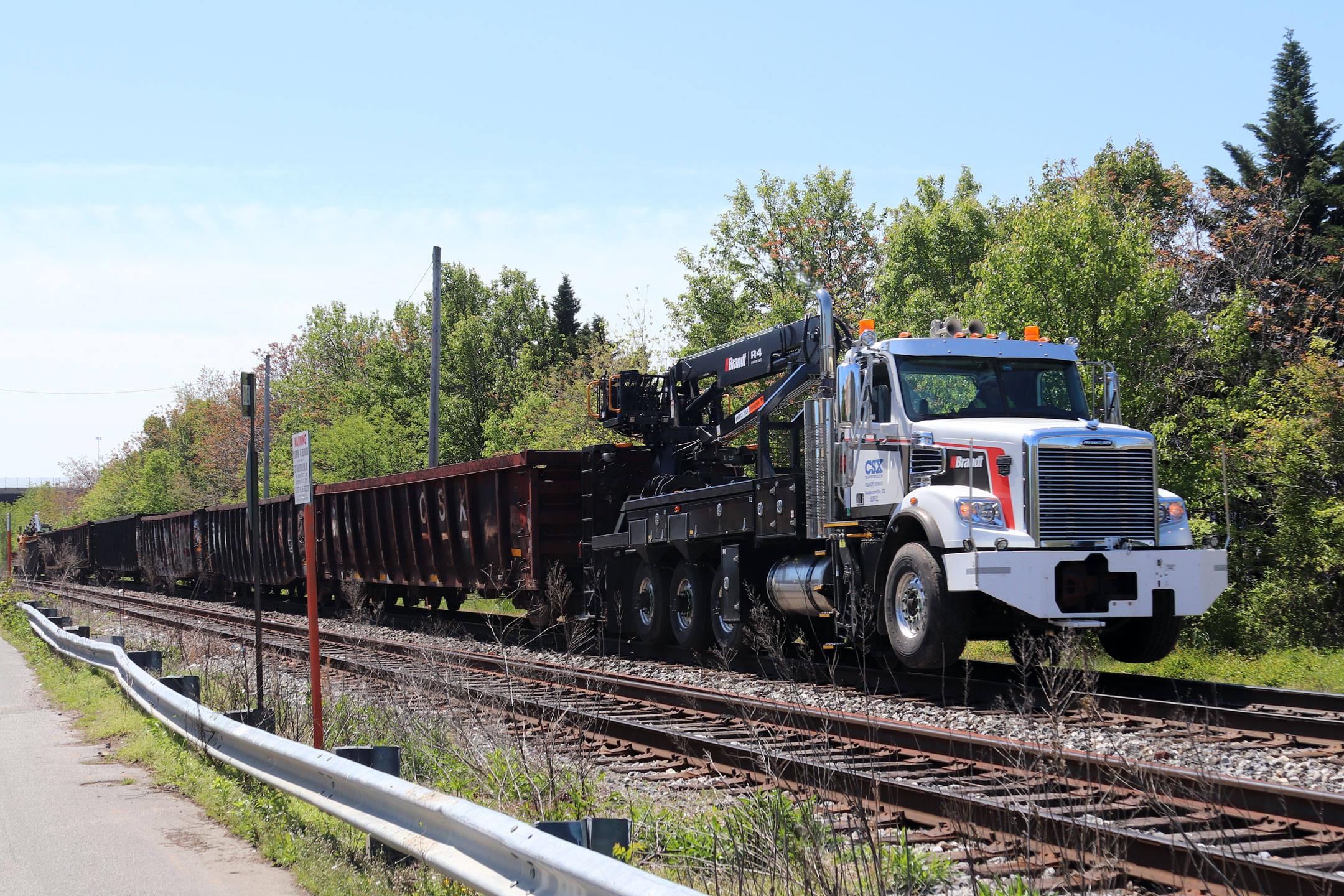 As soon as he cleared the wye at HB (Baileys), Y134 came around the corner. It occurred to me when it showed up “oh, those YN2 units are rare these days”.  I never thought I’d be excited to see a Bright Future AC4400, but like I said, weird times… 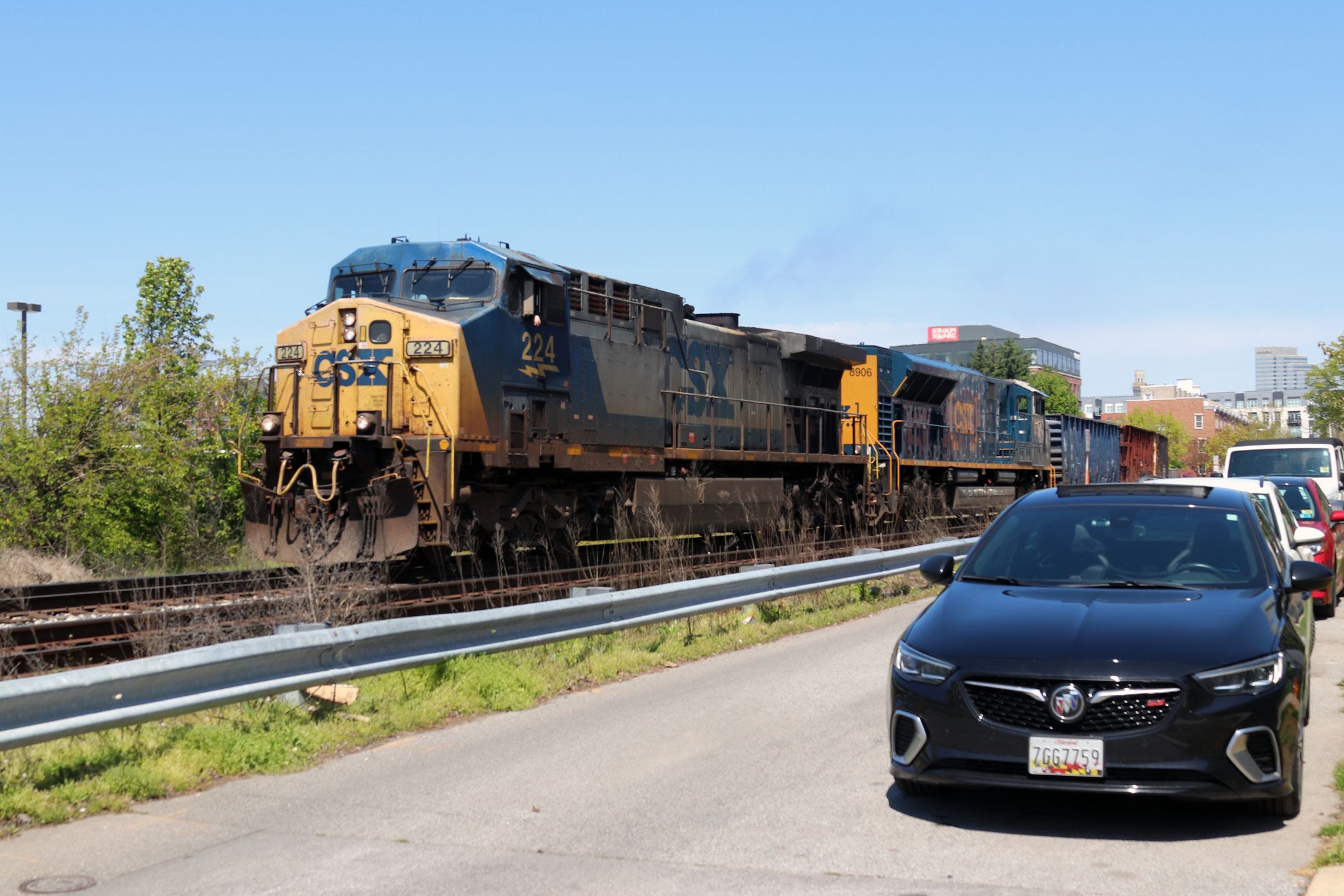 I assumed that this train would run the locust point loop since that’s what they usually do. This meant that it’d be cruising through the Under Armour campus. It took a little longer than I had expected, but eventually they showed up. Although not until I had already taken off to go scout them out. At least gas is cheap. 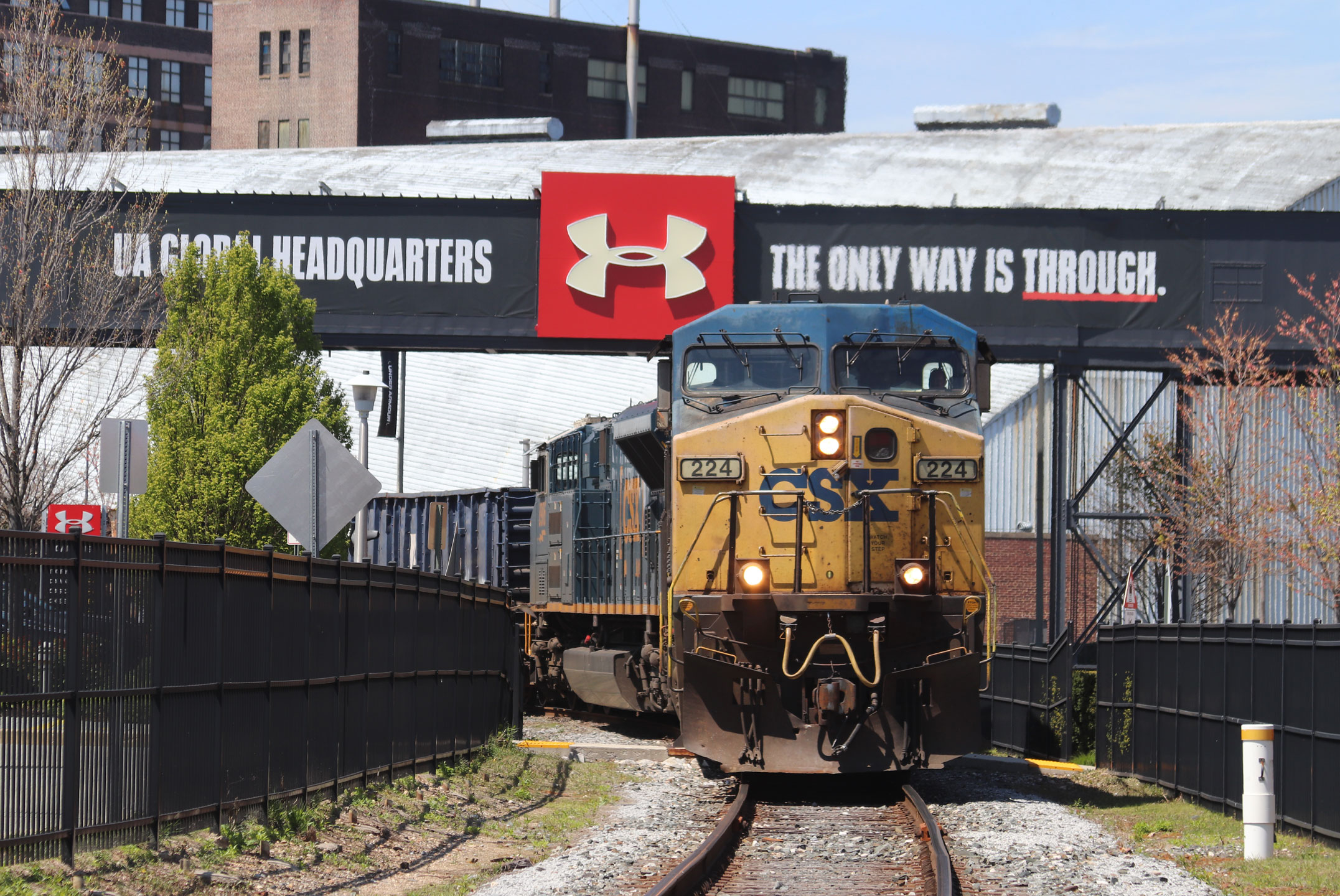 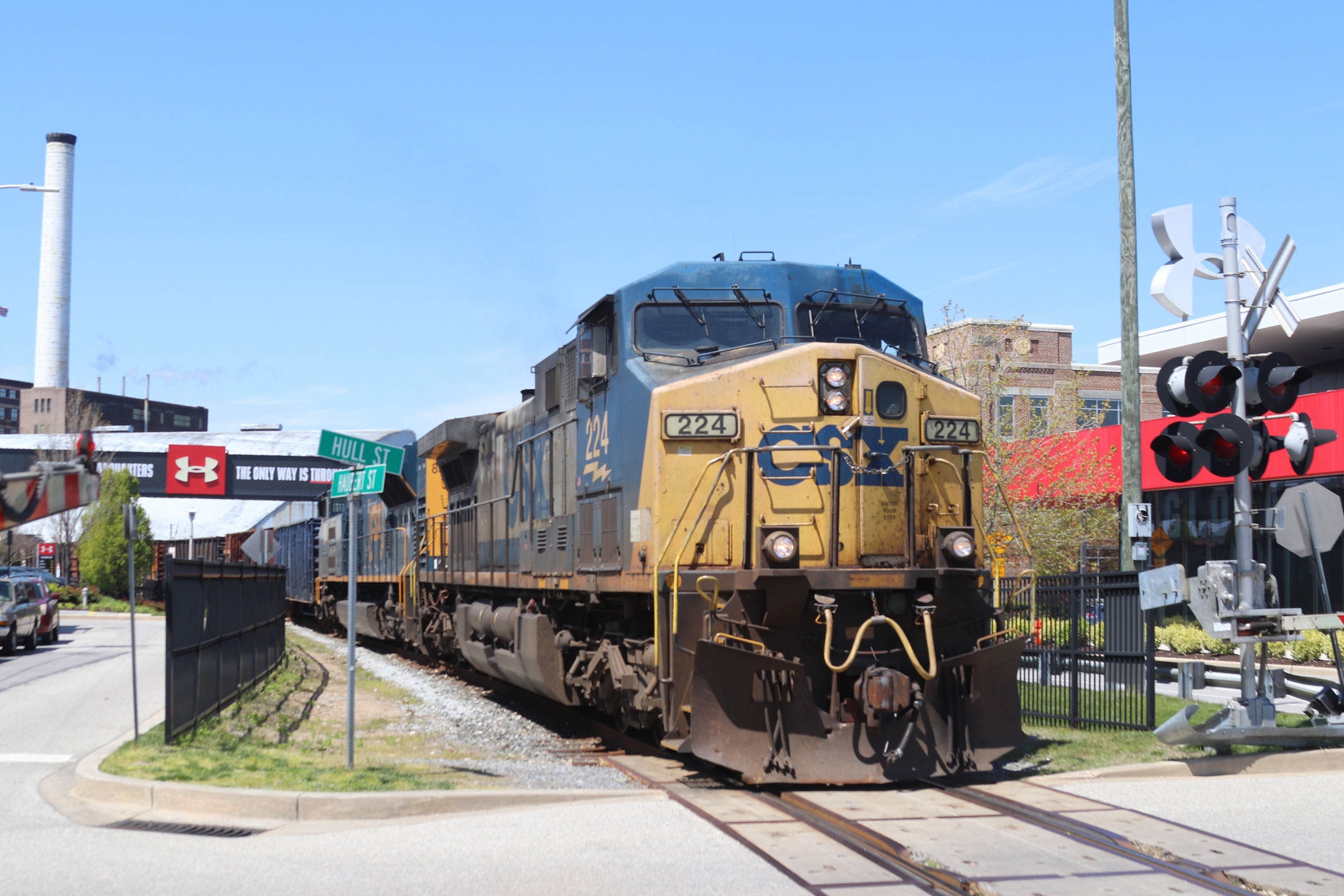 He was moving slow enough that I was able to beat him to the Fort Ave bridge too for a pair of shots I’ve wanted for a while. 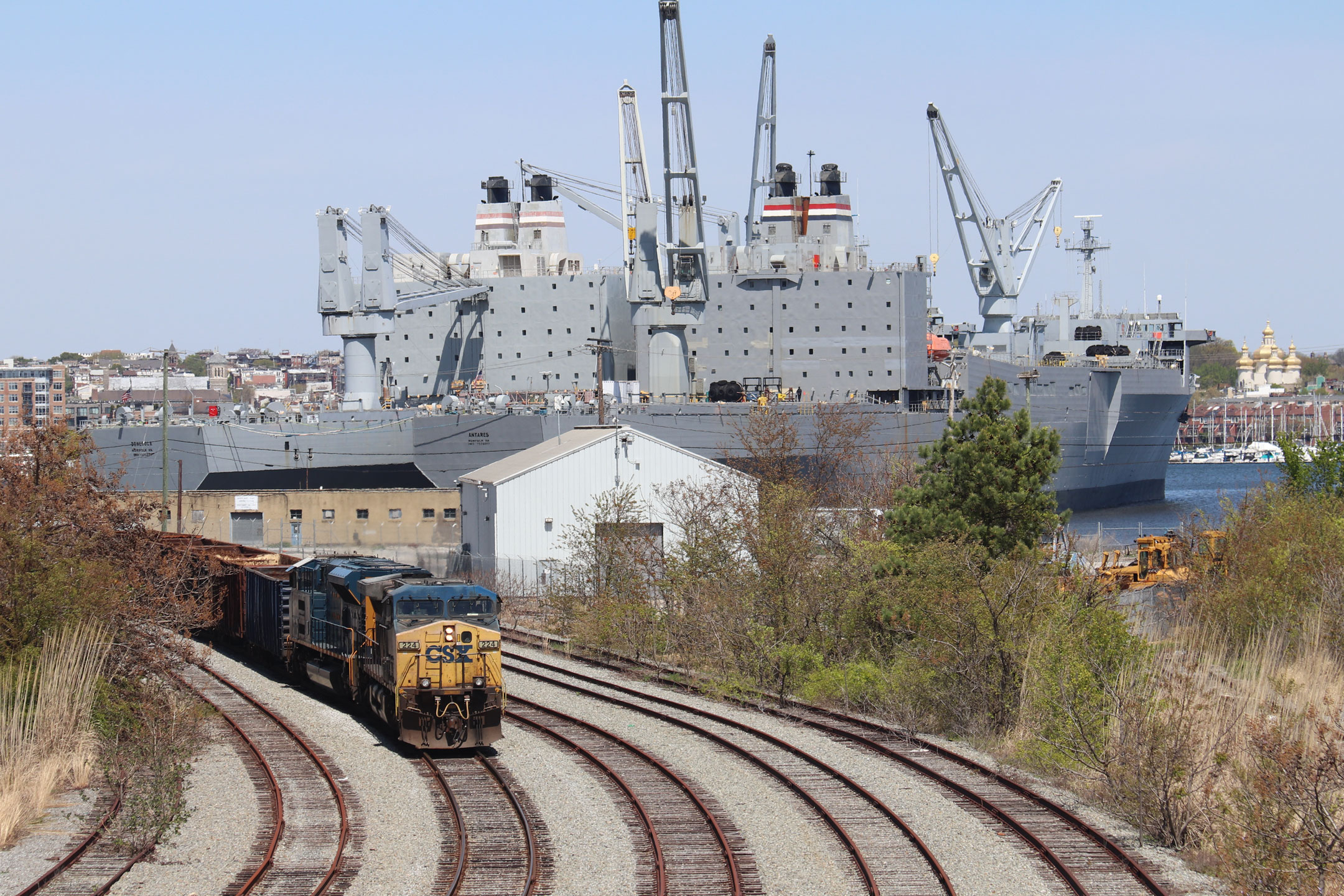 This one always amuses me. That building in the background is Silo Point, a redevelopment of the B&O’s old grain terminal that was foretold in The Wire. 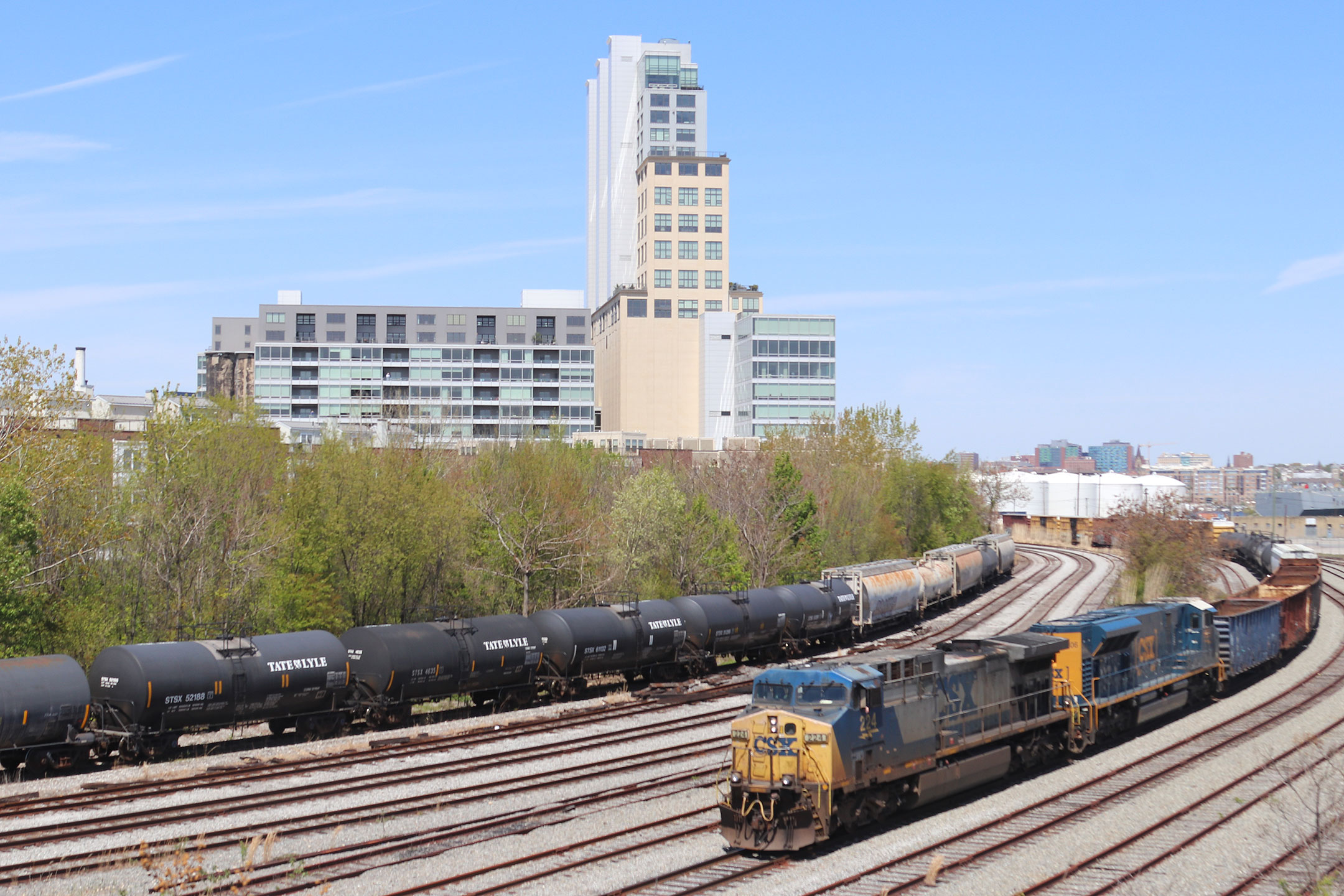 Then it was off to Andre St where I got him picking his way through the yard. 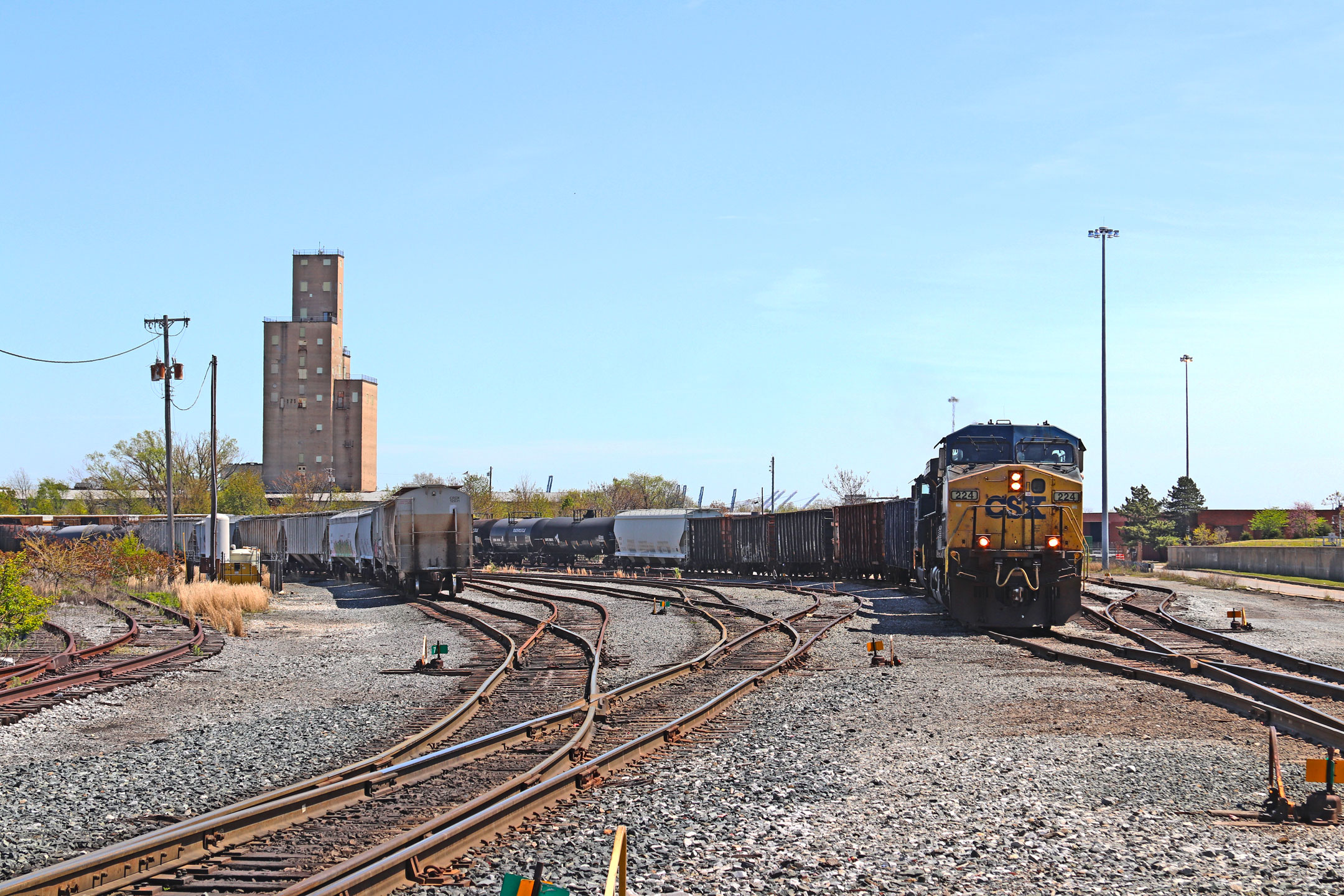 One of the really interesting things about this train wasn’t just the leader, it was also the trailing unit: one of the new Tier 4 SD70s. These things look like bricks. 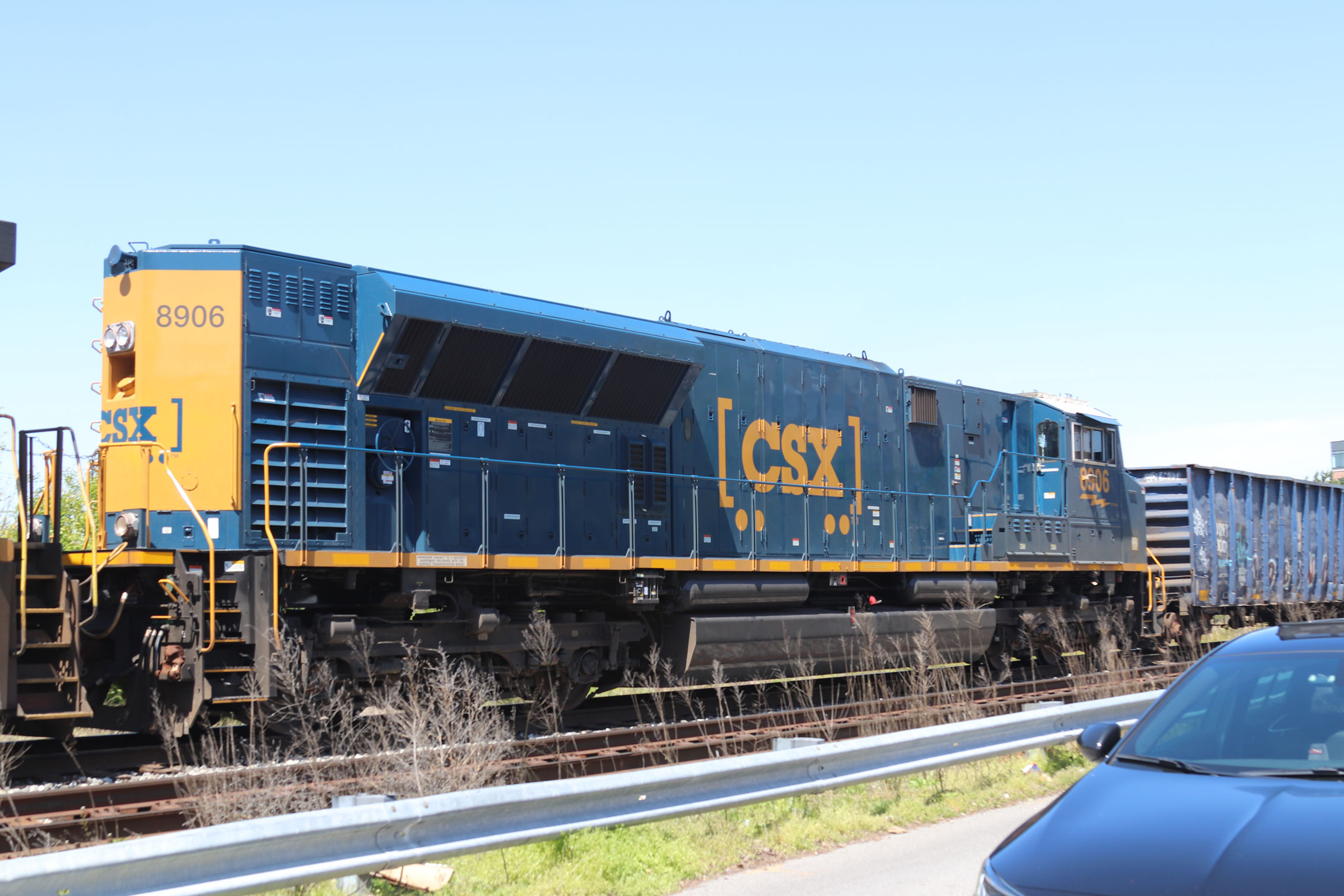 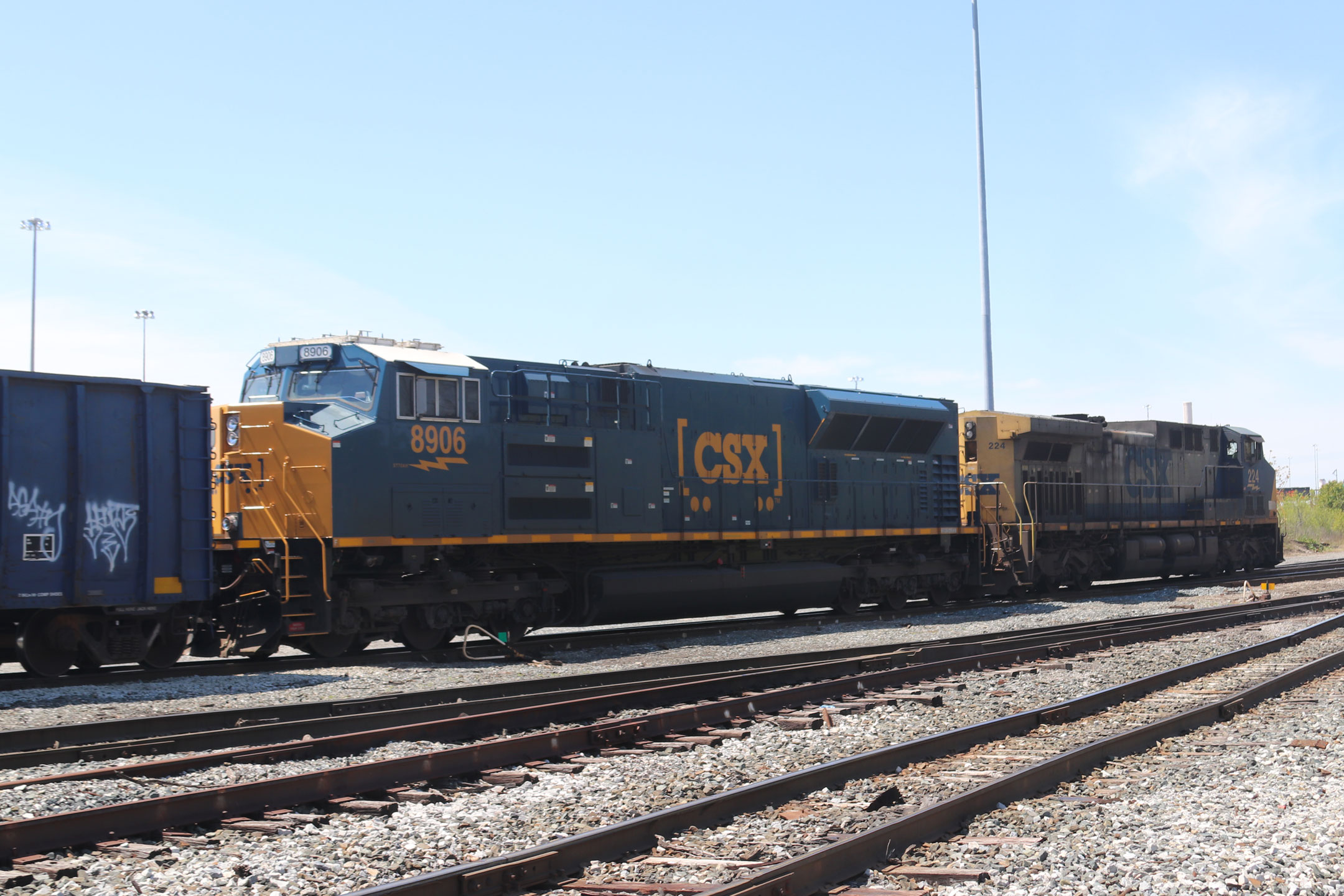 Also in the train were a couple of interesting pieces of rolling stock. First, how often do you see a car numbered 1? 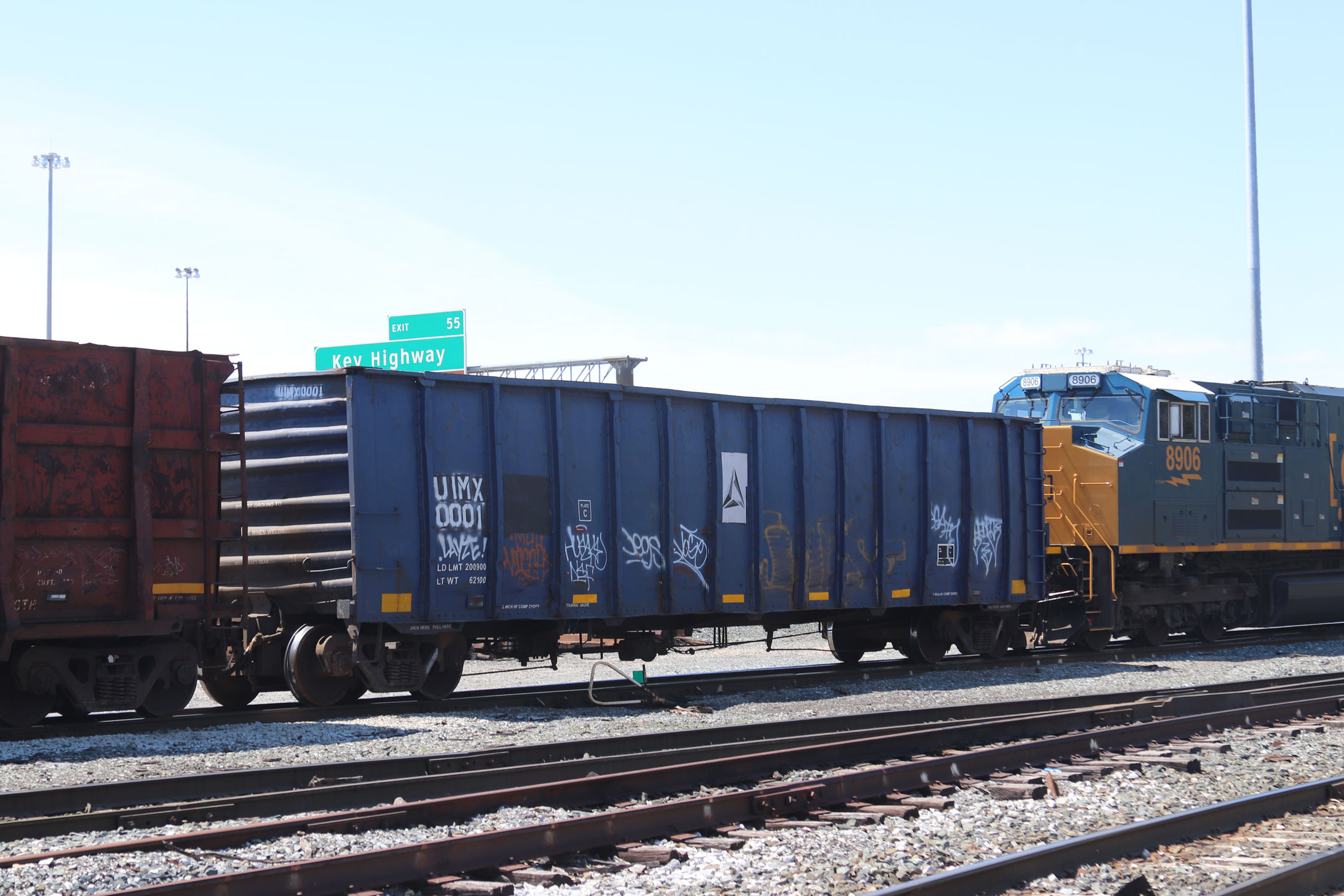 And a mid-train “shoving platform” that I’m guessing is either going to a new owner or to scrap. 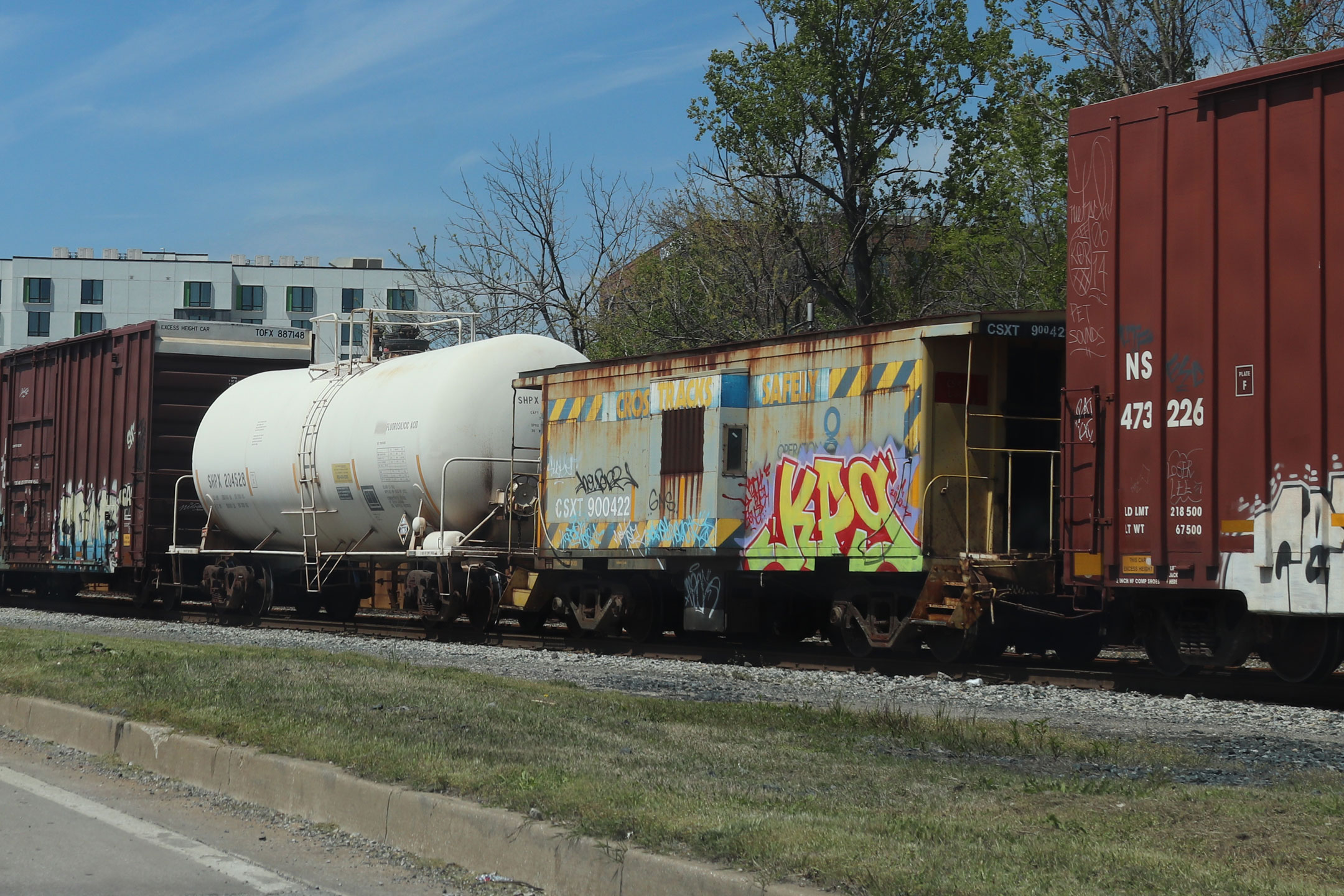