2014’s CRHS Board of Directors meeting was held in February, but that didn’t change the weather. I’ve found that snow actually makes NS’s plain black paint scheme interesting to photograph. And photograph we did on the way out to the meeting.

The gang’s first stop was in Lewistown, when we heard that the S&A heritage unit and an eastbound special Amtrak move was going to be coming through.

First, though, the semi-standard NS fare.

Then our heritage unit showed up, as expected.

And then the special Amtrak move. This was a train bringing a car back to Philly from Pittsburgh that had been bad ordered and needed some repairs that prevented it from continuing on with the rest of the Pennsylvanian.

Hot on his heels was a loaded coal train with a pair of ex-cons.

And just as he was clearing up, we heard the Juniata Valley’s local working its way down the street trackage in town, and approaching the station.

After the arrival of the JVRR job, we headed off for points west.

We heard one of the few locals on the Pittsburgh Line getting out of the sand plant east of Huntingdon, so we setup where the line parallels US 22 at Mill Creek.

Huntingdon brought lunch time, and a pair of westbound intermodals for desert.

Our next stop was Tyrone, where we waited for a while with only a single train to show for it. Of course it was coming the wrong way for the sun.

Having no luck in Tyrone, we moved on to Altoona. The scene at Rose Yard has changed so significantly in the past 5 years that it’s almost unrecognizable.

Some work still continues though, and we caught back up with GP59E 4650 working the RIP track area. 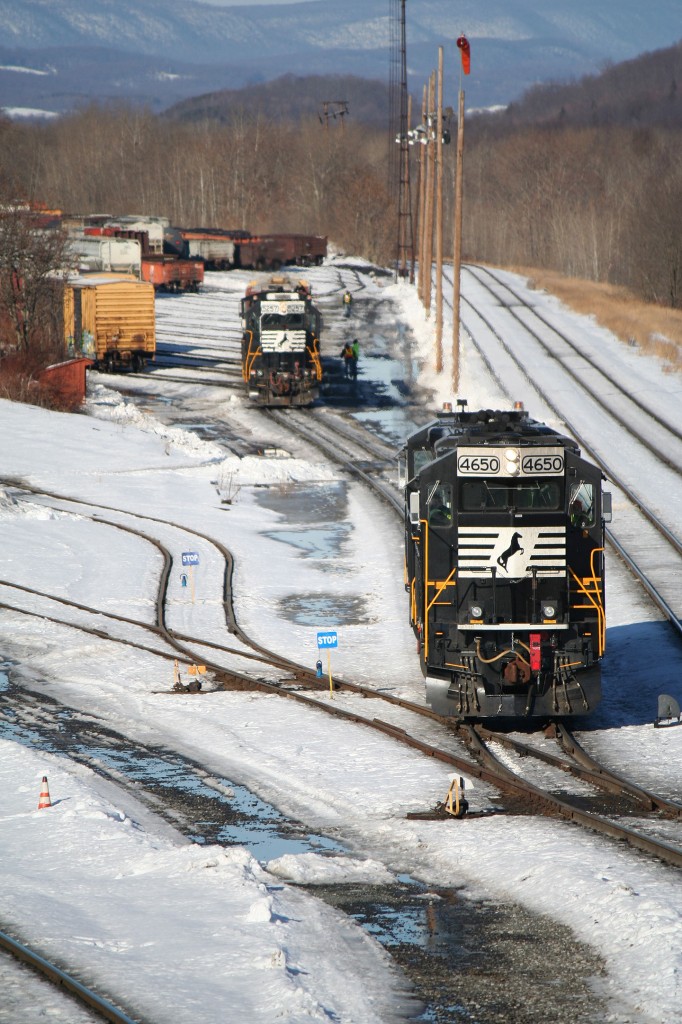 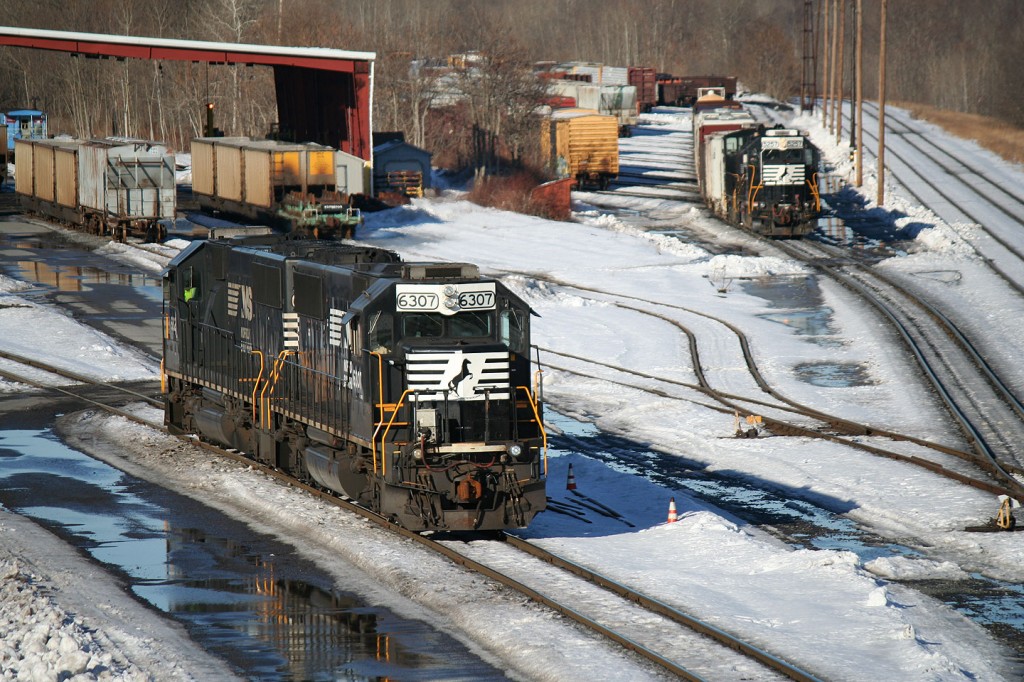 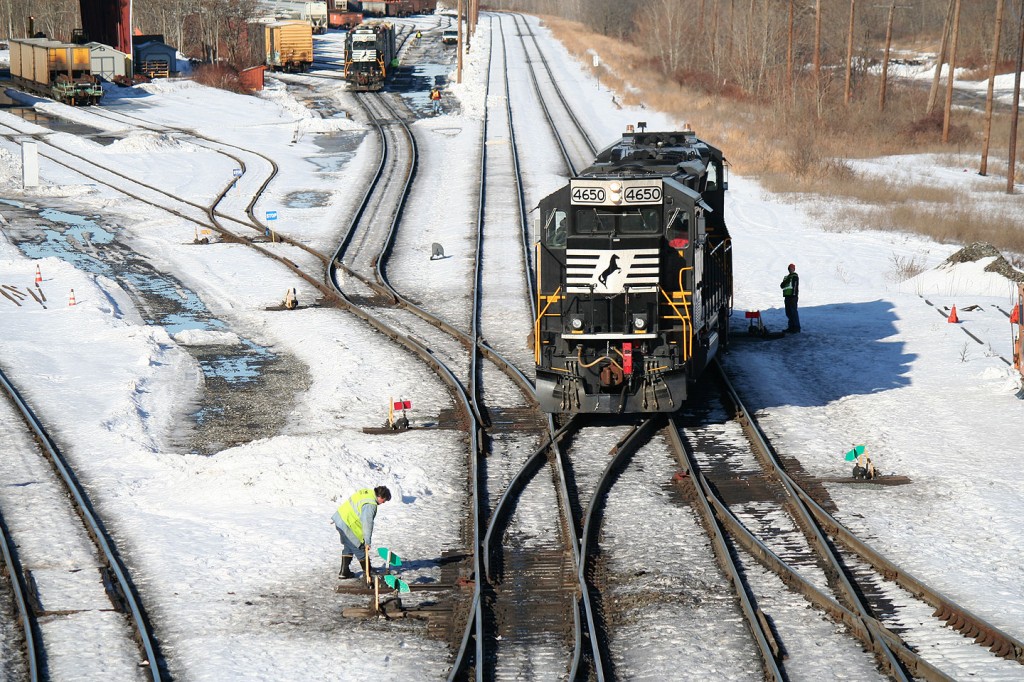 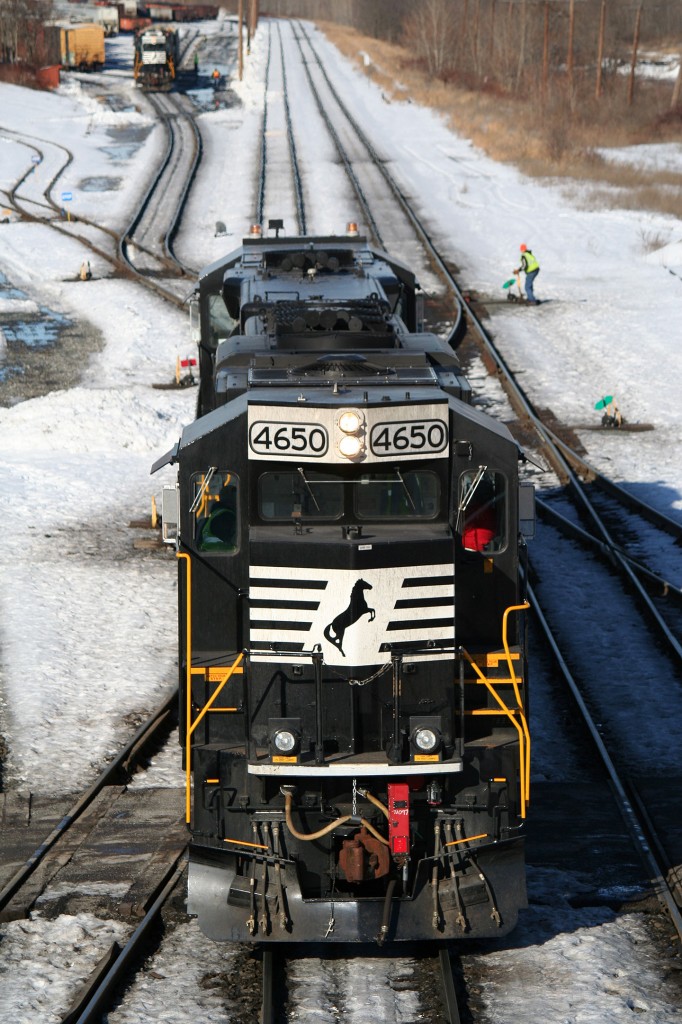 Our last stop of the day was Gallitzin, where we caught a light pair of SD40E helpers coming west out of the tunnel.

Those shadows meant that it was time to pack it in for the day and head off to the Station Inn.