My participation in 2015’s annual CRHS Board of Directors trip was cut somewhat short with some family commitments, but I was still able to get a days worth of photography in.

First off, it was frigid. The day started at my friend Ben’s place at 6:20. The high for the day was supposed to be around 10°F and we were well on the low side of it as we loaded up the car and headed off.

Eventually, it warmed up to a balmy 7°, but it was still frigid.

Our plan was to head west and check out some locations we didn’t usually hit on this trip, but somehow that got scrapped with the day’s obligatory first stop in Lewistown.

We could hear that the Juniata Valley switching the yard, but couldn’t see him. That resulted in a trip down to the other end of the yard to try and see him.

We tried again at the east end, but he was pretty thoroughly hidden from us. The crew found the caravan going back and forth rather amusing and commented on the radio “looks like we’ve got a good audience today” or something like that. 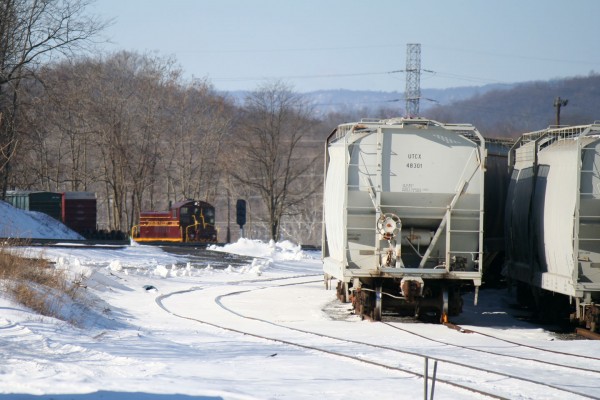 Because of the cold, we were all sitting in our respective cars and not necessarily communicating. The lead car in the convoy took off, and I followed. I wasn’t sure what for, but when everyone parked, and headed for the tracks, I followed. But not quick enough.

From this stellar failure, we headed west to a location I hadn’t been to before: the signals at Horningford.

We were waiting for a westbound Road Railer, but most importantly, an eastbound oil train in good light.

Of course there was time to kill while waiting for the eastbound oil train. 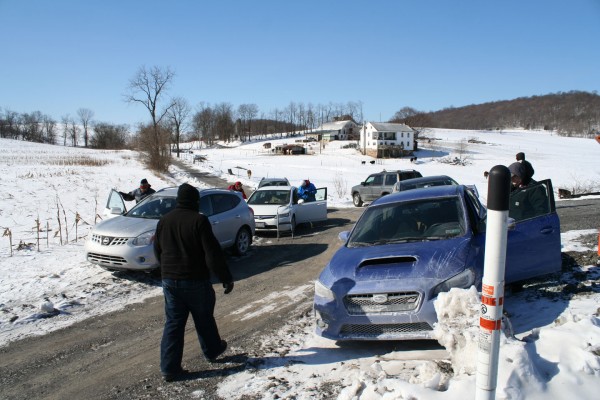 However, railfanning is never boring when you’re doing it with the legendary Bruce Kerr.

After a few minutes, our quary arrived. This photo wouldn’t have been possible just a week earlier before I got my hands on the lens that almost everyone else with a digital rebel has, the Canon 18-55mm lens.

Our next stop was Mt Union.  I find Mt Union to be a rather depressing town, with not a lot going on, and the rotting corpse of the EBT in the middle of town. Every time I see the dual gauge track, I’m reminded of the promise of what could be, but the failures of actually getting anywhere with it.  Now, all that being said, there’s a really cool bridge there that just needs a little brush clearing to be done to be perfect.

First up, a westbound stack train. This wasn’t what we were really setting up for, but was a good trial for the eastbound I was really aiming for.

We then waited for what seemed to be forever (mostly because it was still only about 10°) for our eastbound to show up.

I took two shots at him, but the I think the winner was the one where I was taking advantage of my new hardware.

After freezing our extremities off, we headed for lunch at the traditional spot for this event: The Huntingdon PA Pizza Hut buffet. I feel bad for this place, because they are definitely never ready for a horde of railfans to show up and take over what, by all indications, is a rather family oriented joint.

Lunch lasted as long as the pizza held out, but when things dried up, we headed off to our next stop of Tyrone.

Railfanning Norfolk Southern isn’t generally as interesting as CSX since they seem to run a much tighter ship when it comes to motive power usage (and because the element of life-threatening danger isn’t as high), but the recent upswing in business has meant that things have become slightly more interesting. Case in point was our catch coming under the I99 bridge powered by an 80mac.

From Tyrone it was a quick breeze through Altoona to see if anything was going on, then off to Cresson for the evening.

I often take Cresson for granted, because of how much time I’ve spent there, but I need to remember not to. There’s still quite a bit of railroading drama to be found and photographed.

Take this approaching eastbound freight working up grade that I could hear before I could see. The angle isn’t amazing, but I love the amount of heat you can see coming off of the lead engine. I got this photo because I had run out to my car to grab something, and it just happened to arrive when I did.

And, of course, because it’s on “The Mountain”, trains are equally fun to shoot going away.

Being able to railfan from inside is a nice thing on days like that day, even when you’re surrounded by terrifying fellow railfans. 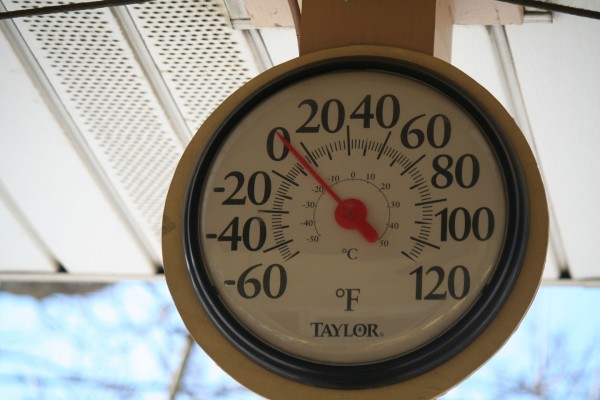 There was an occasion to make one more trip outside though, to see if the approaching CNJ heritage unit would beat twilight.

Luckily it did, but just barely.

This was another excellent day of railfanning, and the frigid temperatures actually might’ve made it even more fun, or at least more memorable.