The past few days have been snowy and busy. The combination conspired to keep me locked up in the house, and I needed to get out.

My friend Steve offered to drive, and while his four wheel drive wasn’t needed, his truck’s ability to negotiate potholes was. Our first stop was the Canton area, where we encountered the CSX local that brings a cut of intermodal cars from the Dundalk Marine Terminal to Bayview. I’ve caught this guy before, and it’s always been a fun chase.

Of course, the sun was all wrong, but it was worth shooting anyway.

We pursued him through the city, but it’s tough (thanks to traffic lights, stop signs, potholes and out of town drivers). Our best catch was him crossing Lombard St. 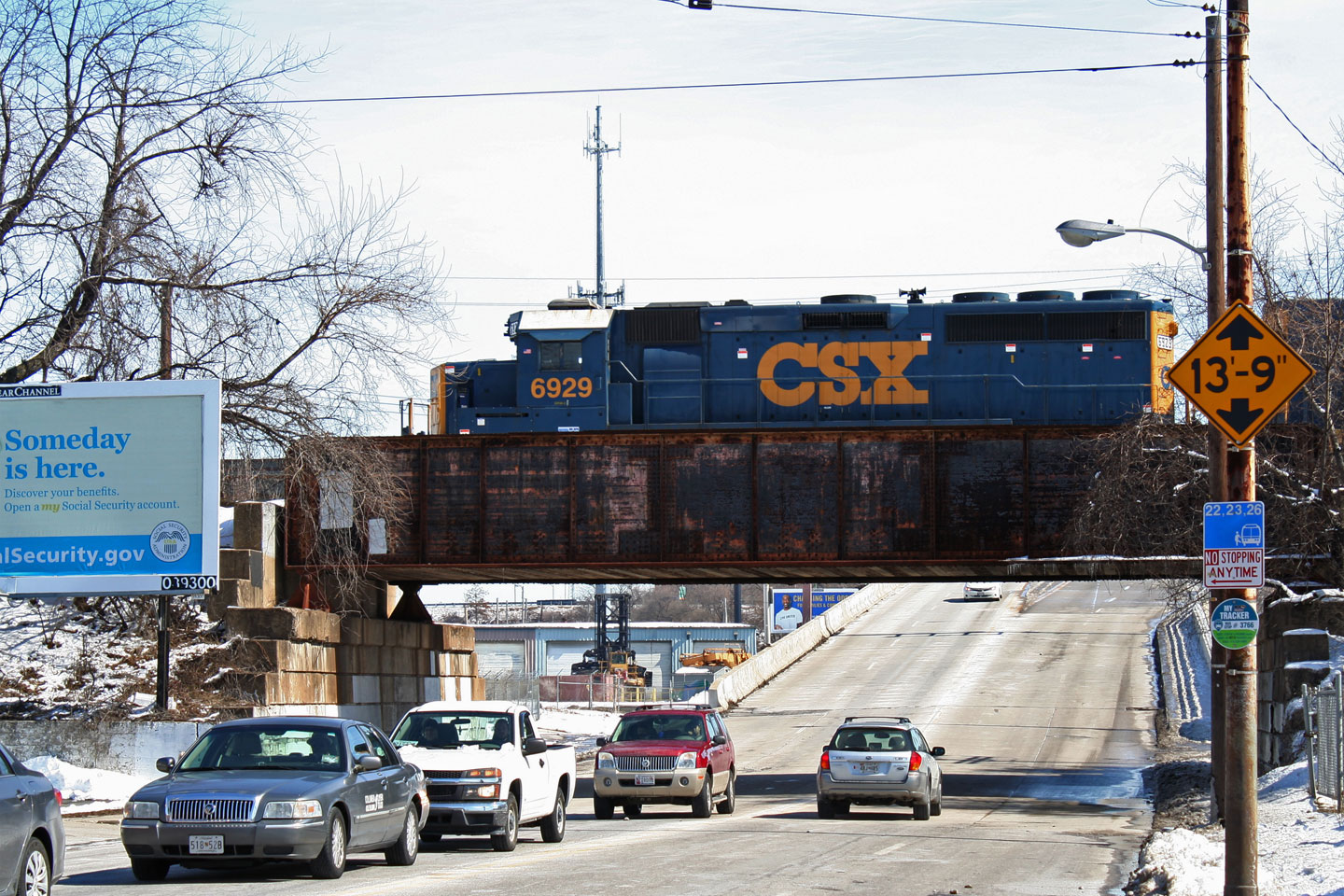 While we were in pursuit, we noticed that NS was running some empty flatcars back to its own Bayview Yard. Of course, chasing the CSX train, meant we missed the NS one.

Our next stop was lunch, and then a jaunt up to the NEC at Martin State to see what was going on there. We had heard there might’ve been a broken down Acela, but we missed it.

We did catch a few Amtrak trains, but the star was the afternoon MARC train getting ready to head to DC.

This was going to be the end of our day, since Steve had something he wanted to get back for, but after hearing what we thought were engines while at a Wawa, we headed to the nearby Contractors Rd grade crossing on CSX.

We were wrong, we didn’t hear the train we thought we heard (I think it was the nearby car wash), but as we drove across the crossing, Steve exclaimed “Shit shit shit, headlight!”. We dove into the parking spot, and got in position just in time to catch a westbound empty oil train in great afternoon light.

As we were getting ready to go, we heard someone on the scanner saying “we’re going through White Marsh right now” and asking about a recrew. We realized that we should probably stick around for another minute or two to catch whatever that was.

It turned out it was Q141, closely trailing the oil train. He pulled up to the crossing, almost stopped, and then got moving again.

This was going to be the end of the day, but we swore we heard different horns from the east after this guy was out of the picture.

Our hunches paid off, and we were rewarded with one more train for the afternoon. The lighting was terrible, the angle wasn’t great, and he was moving much faster than we had expected. A weird, backlit shot that only was salvageable by converting it to black and white was the best I could do.