This spring brought a second trip to the Lehigh Valley. This time was focused on chasing the Cement Local and meeting a legend. Lunch with “Big Mike” Bednar was clearly the high point, but as far as this blog goes, there were no real photos of that.

Our first activity was chasing the “Cement Local” that runs on the former Lehigh & New England out of Bethlehem up toward the cement producing region just north of there. This train usually has good (read second generation EMD) power. Last year it was a pair of geeps. This year it was SD40-2s.

We first caught the train at Hanoverville Road just outside Bethlehem. The first shot’s with the “real camera” and the second is a fraction of a second late with my cell phone. I’m including it, however, because it shows off the the nature of “D&H Heritage Unit”. 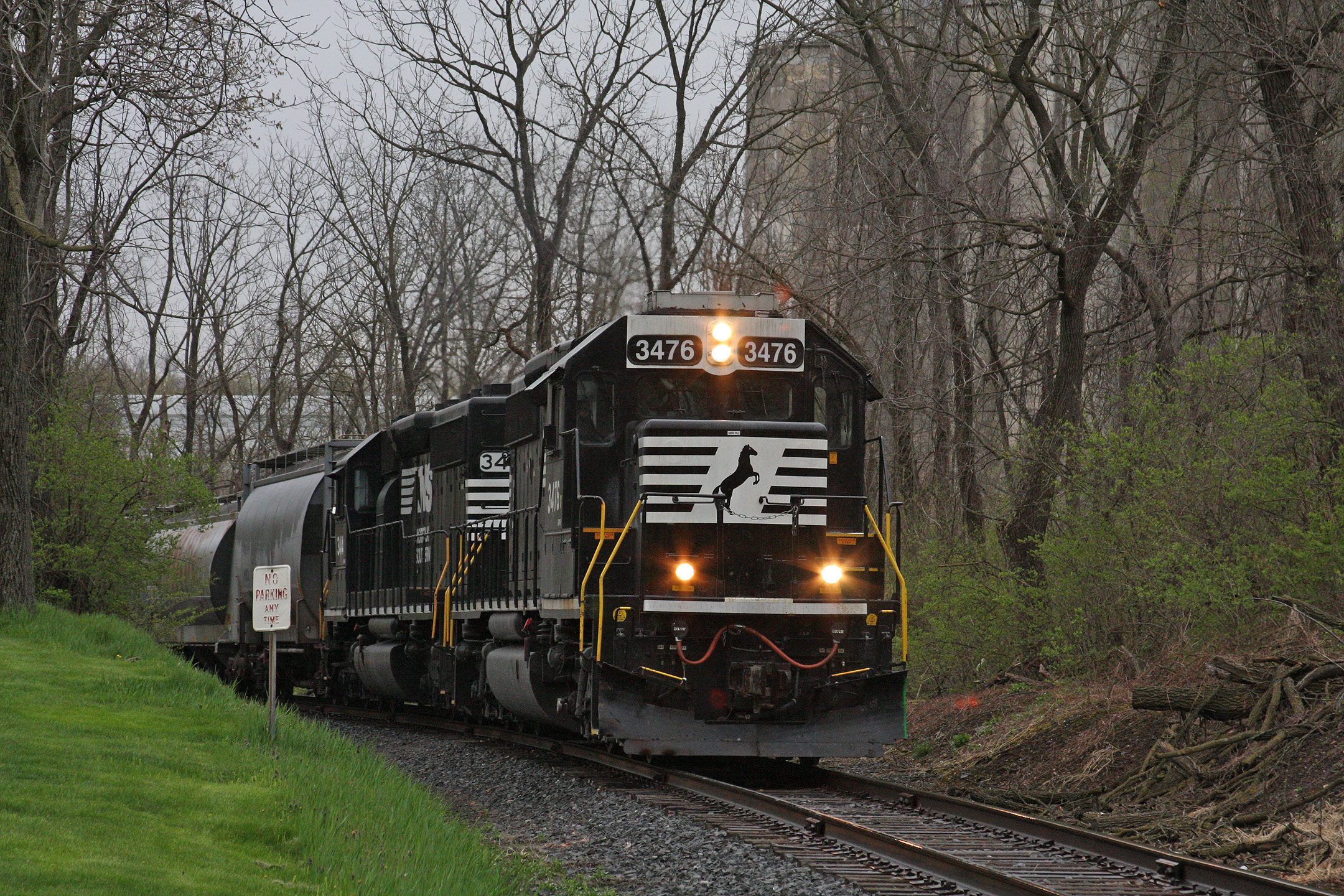 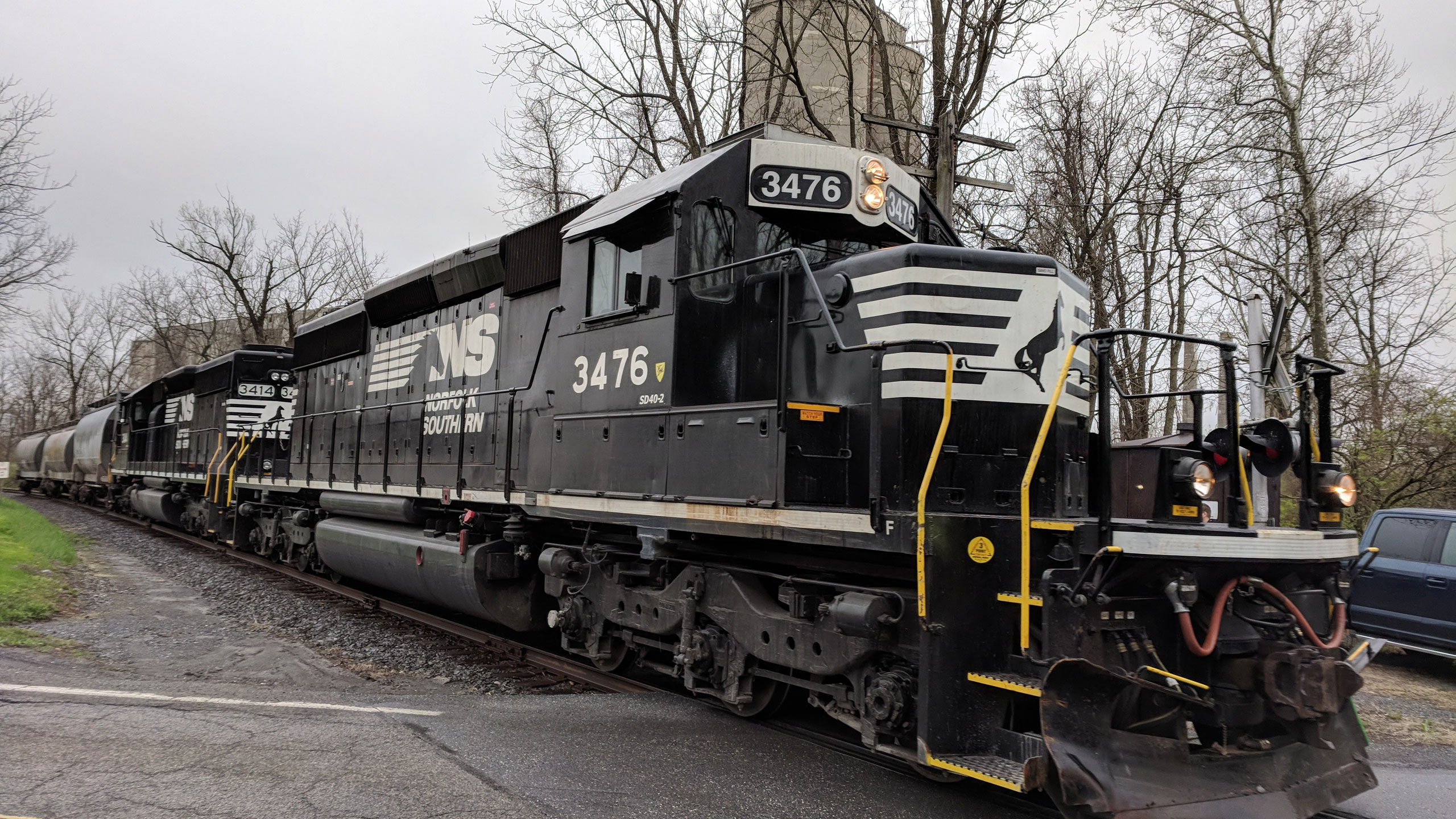 It was then off to Steuben Rd where I got two more shots. 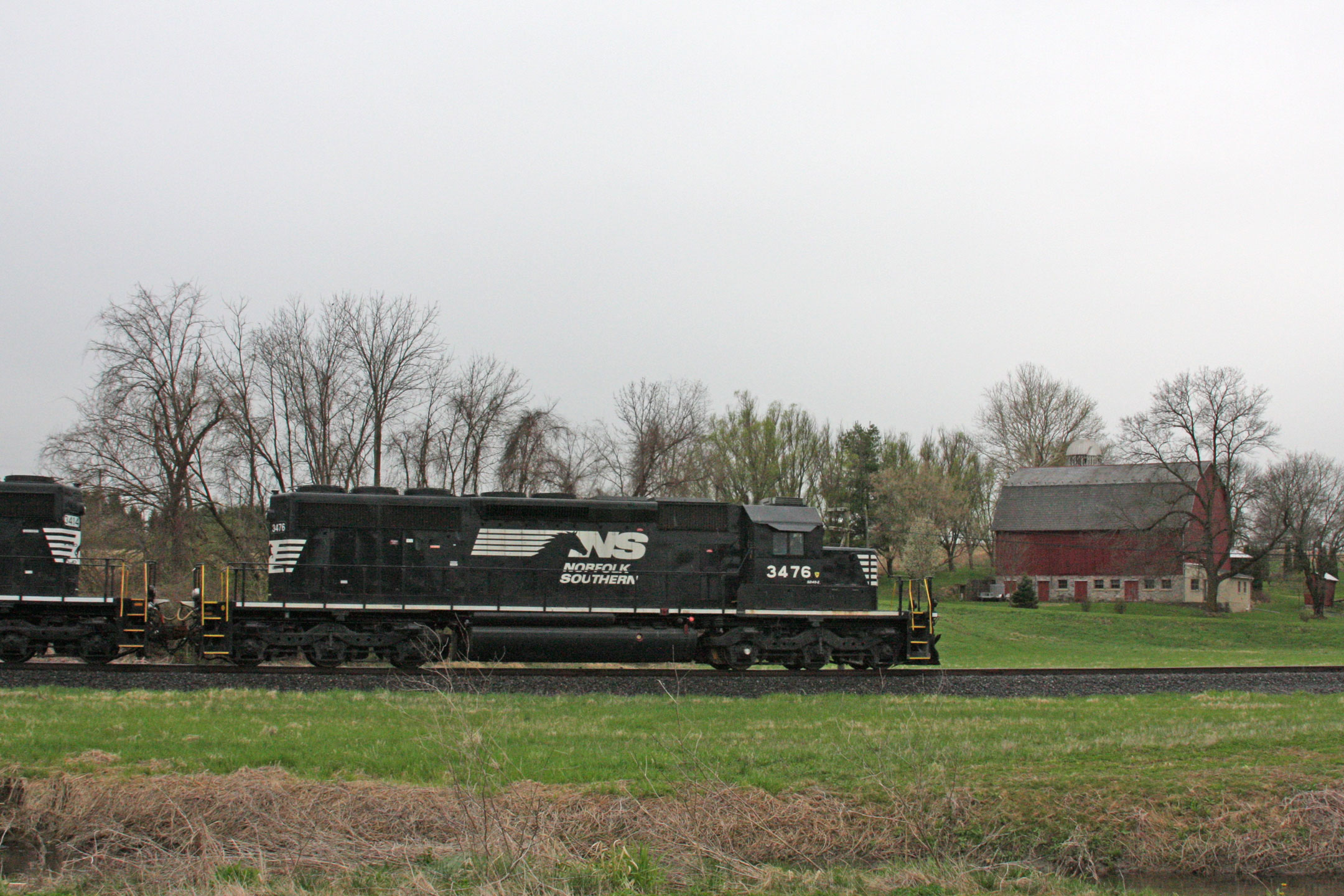 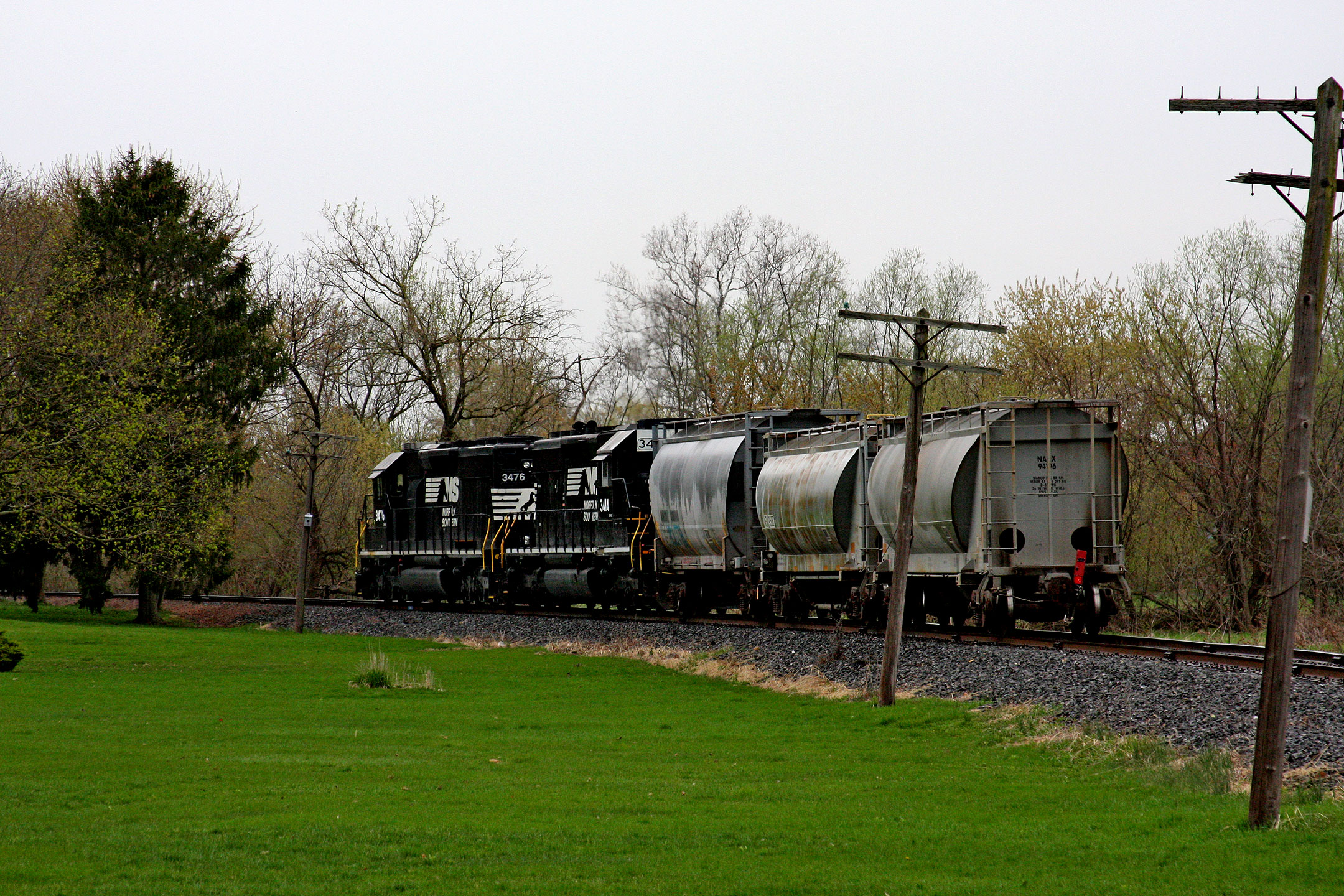 As you can see, this train was a real money-maker for NS with just three empty cars.

Track speed here is pretty low, so we were able to catch up with them again as they ran through people’s back yards further along Steuben Rd. 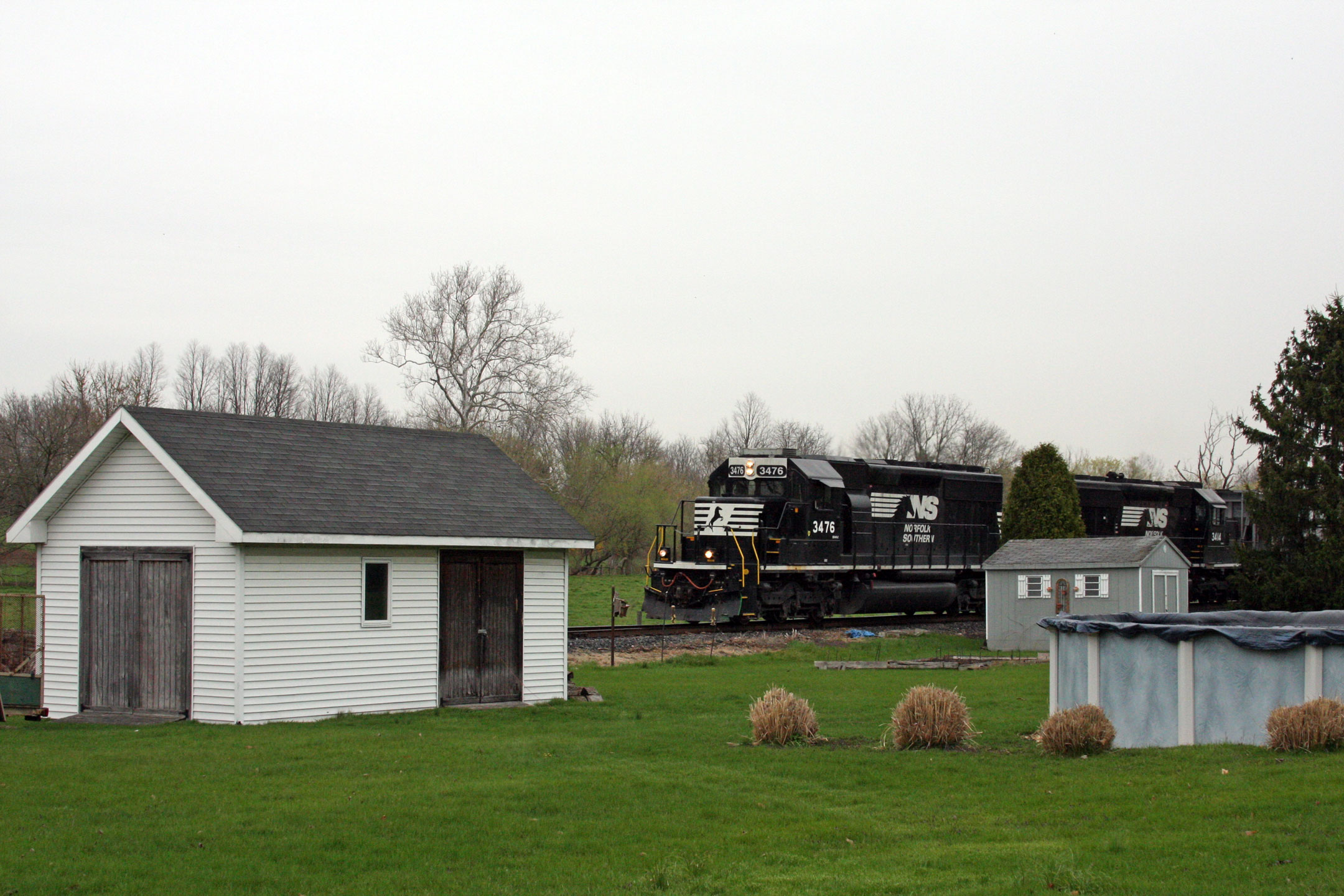 We then caught him again along Beth Bath Pike. 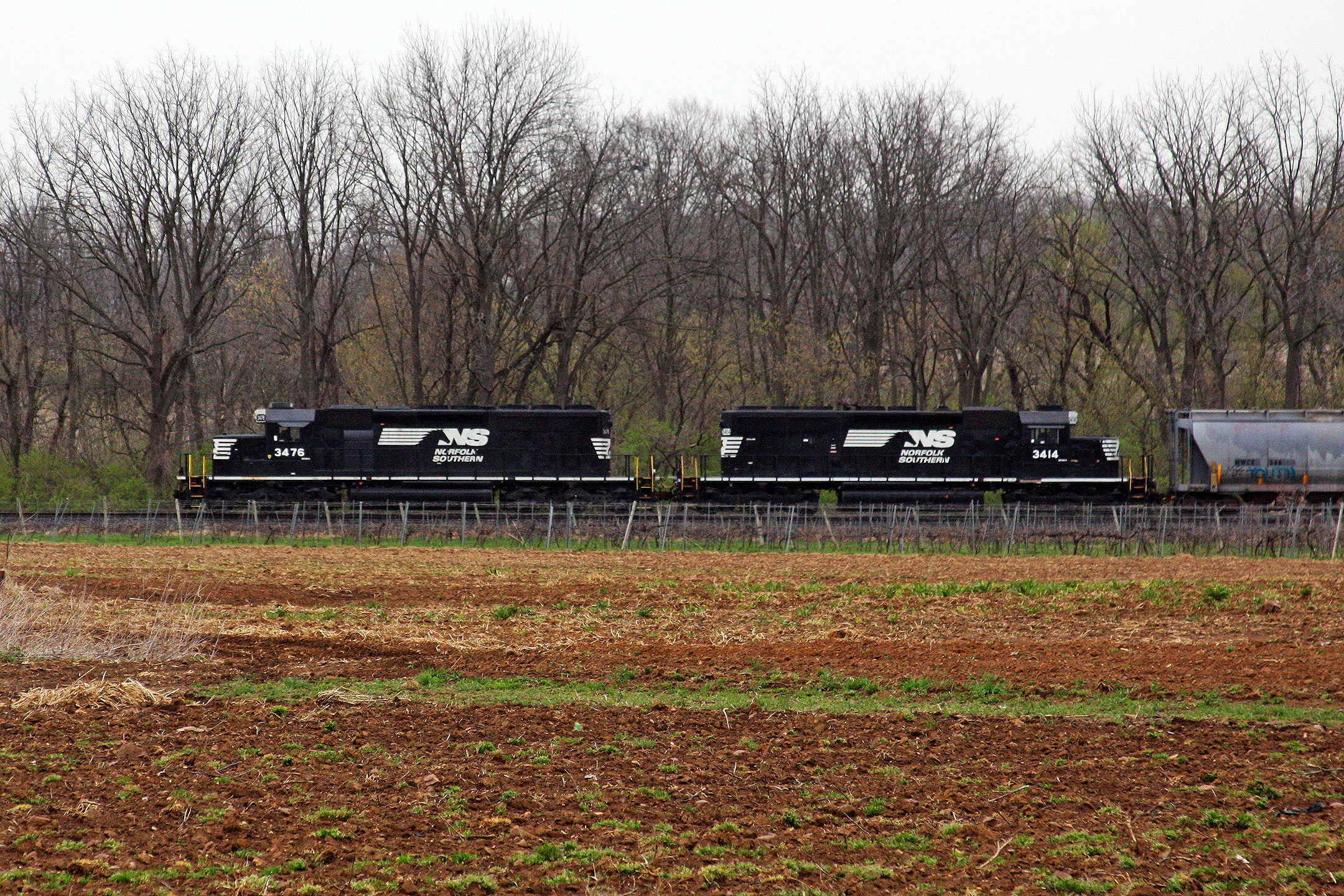 Next it was over to the Keystone Cement plan in Bath. This is where the crew would set off the three empties and head back toward Allentown Yard. 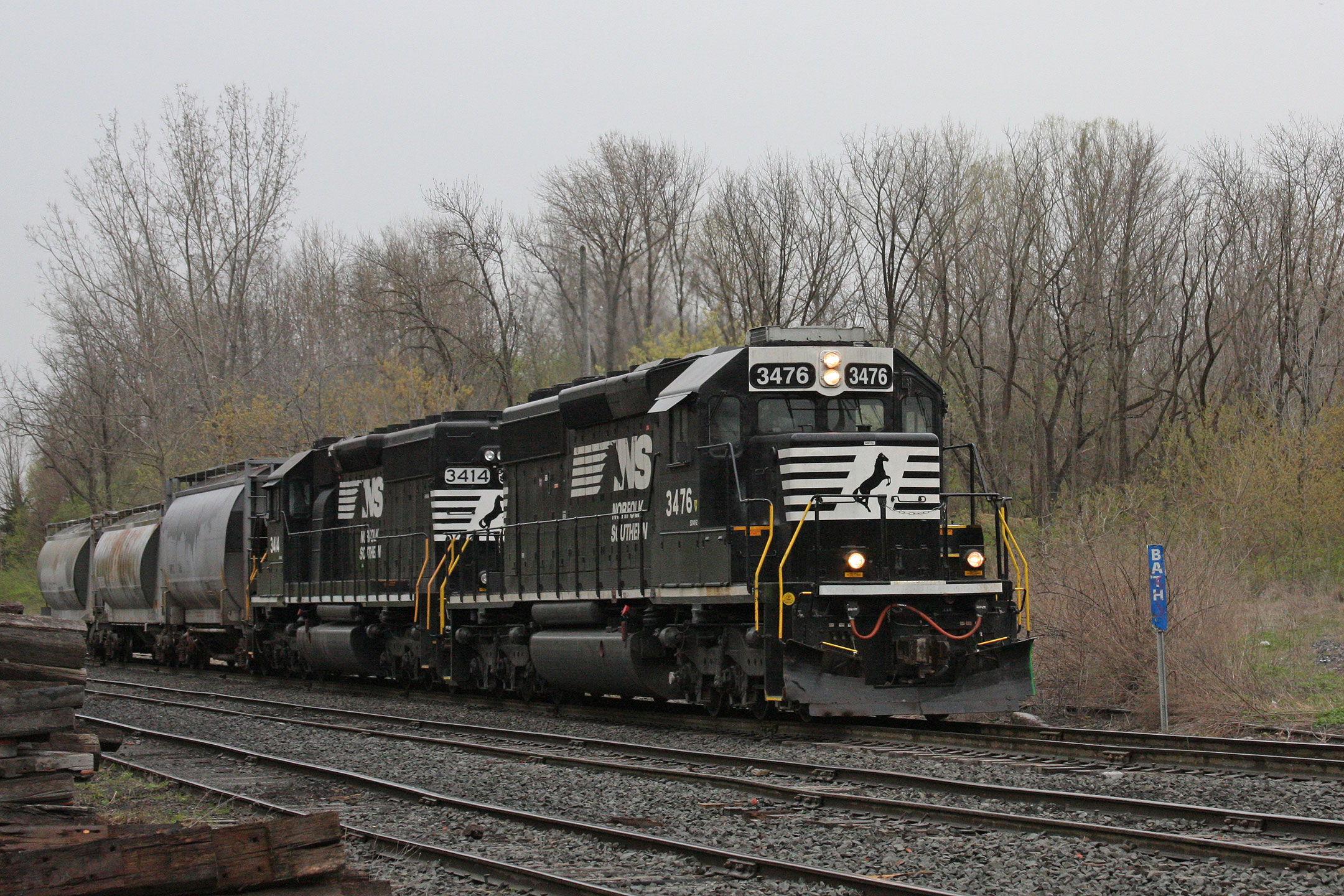 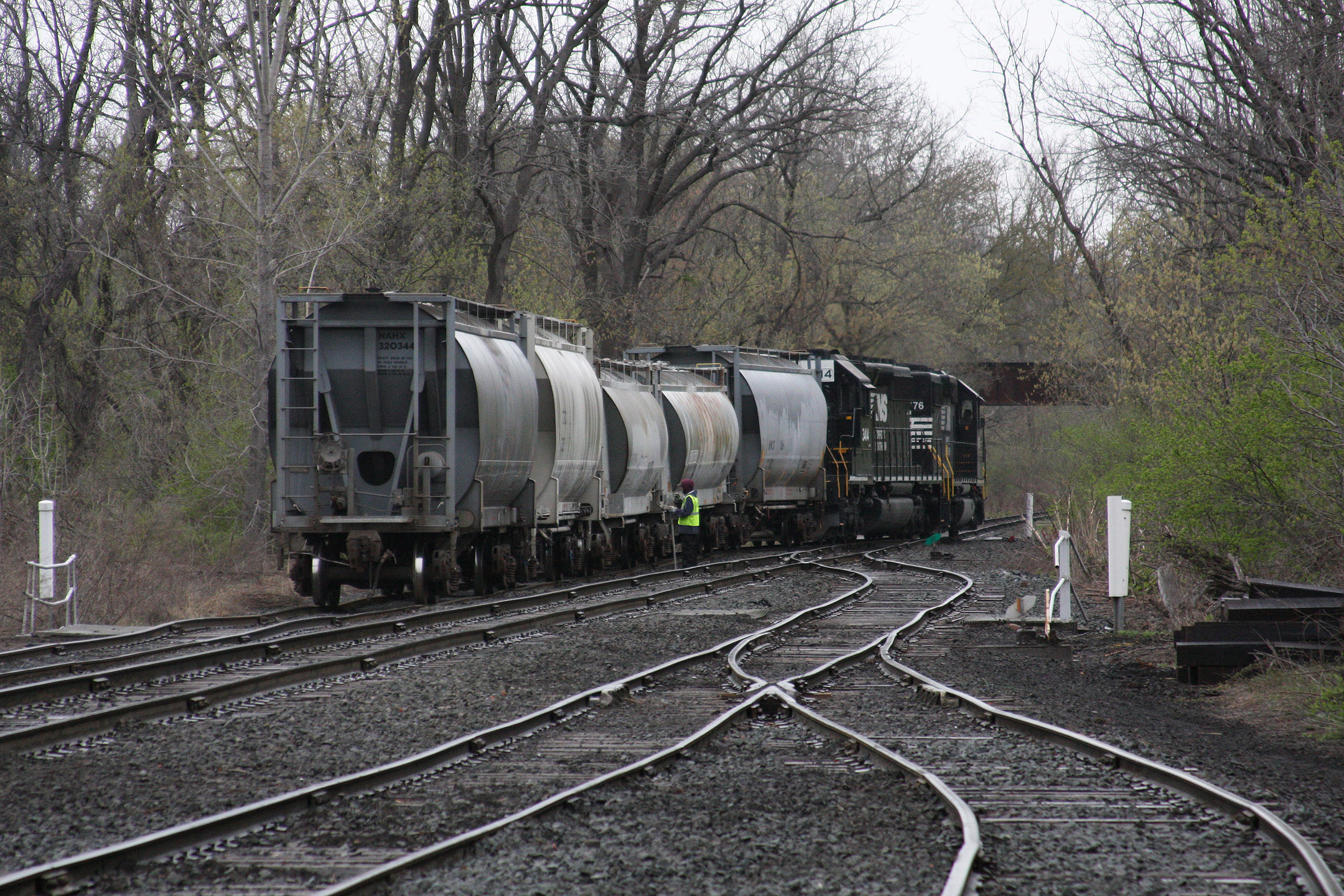 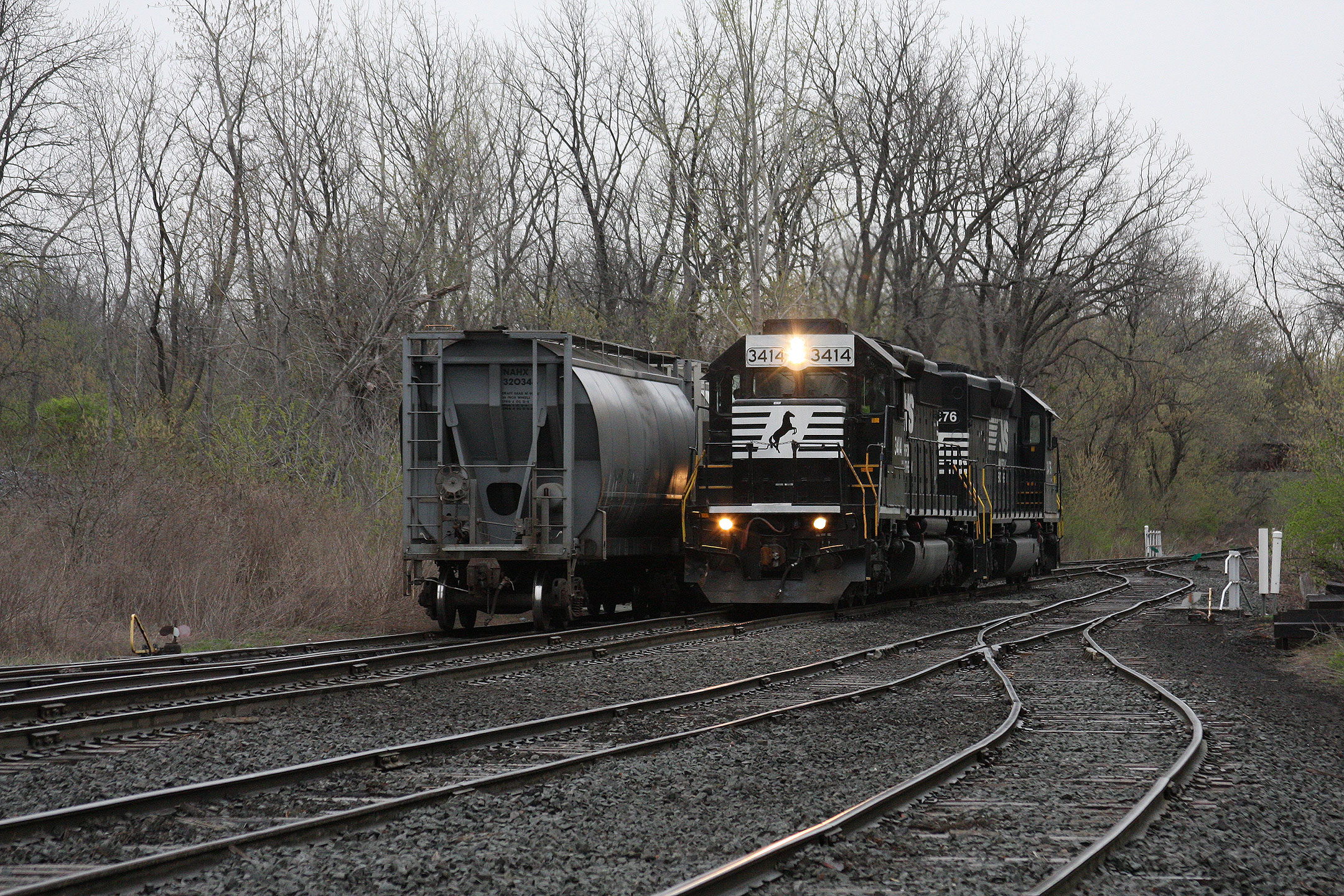 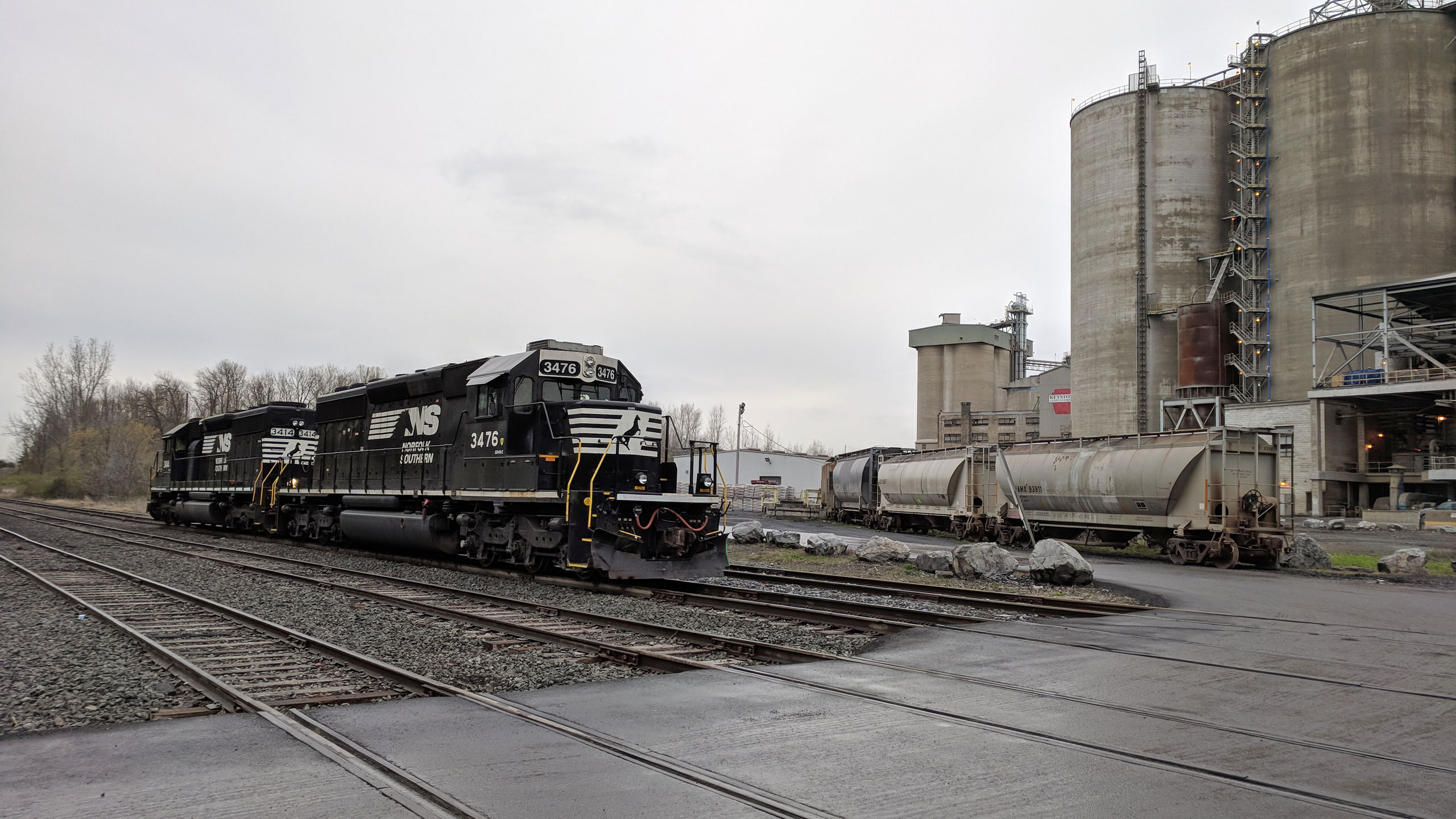 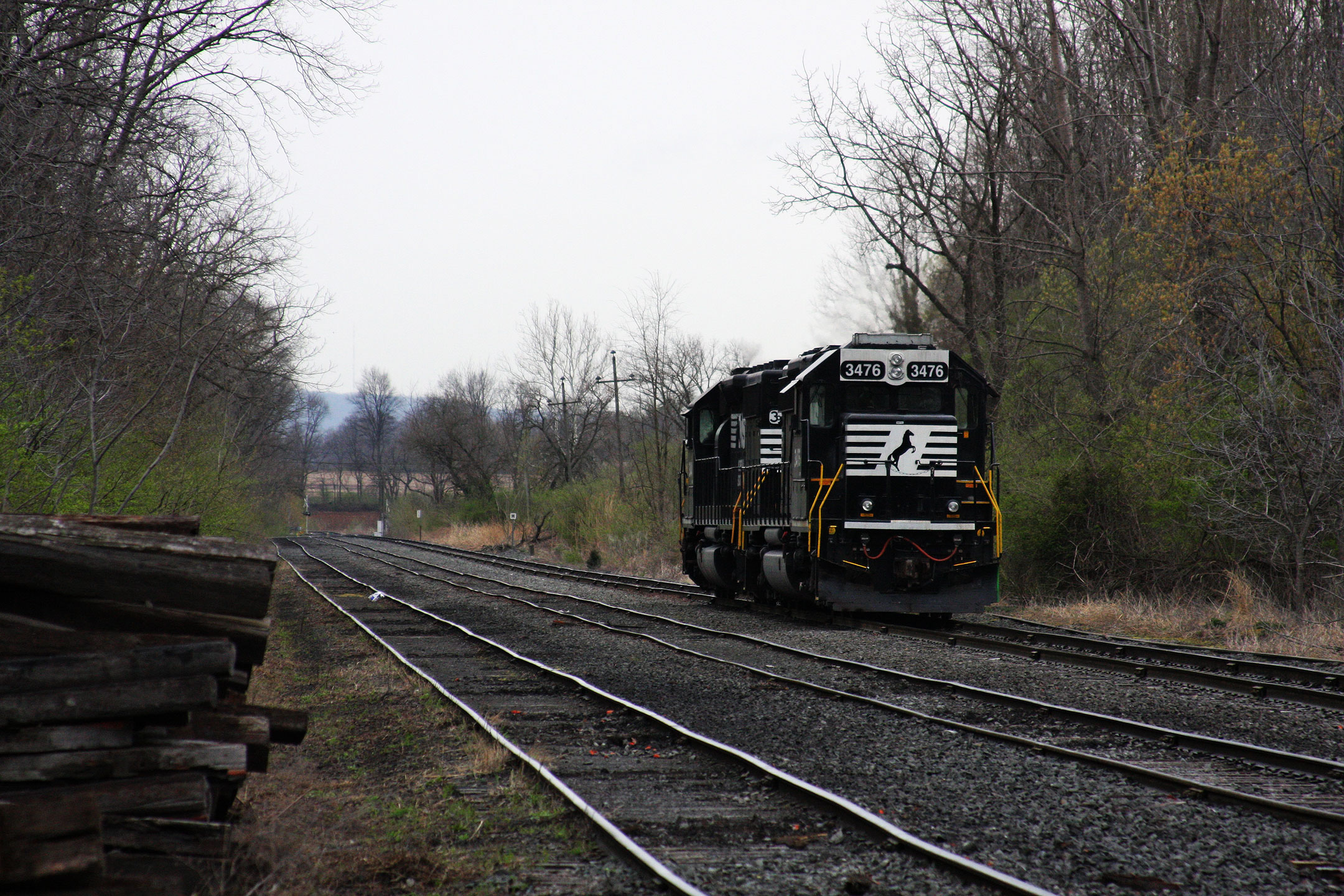 It was getting close to lunch time, but we decided to swing through Northhampton to see if there was anything going on at the NDC railroad with their excellent selection of power. The gate to the plant they work out of was open, but we didn’t see anything moving. We did HEAR something though, so we headed over to the nearby Lehigh Line, thinking it was going to be train time there shortly. Despite a lit approach signal, there were no trains and all we got was wet. 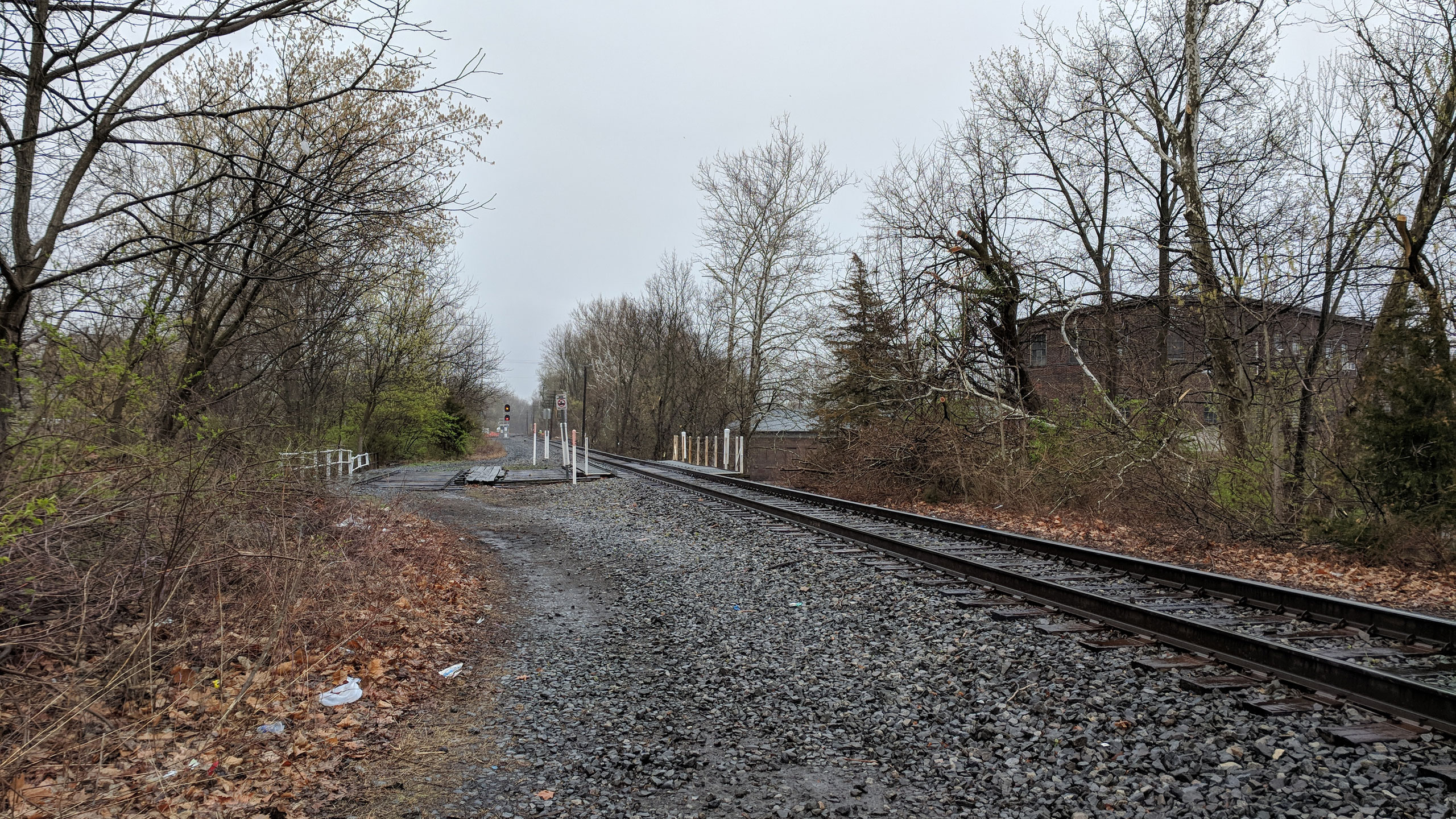 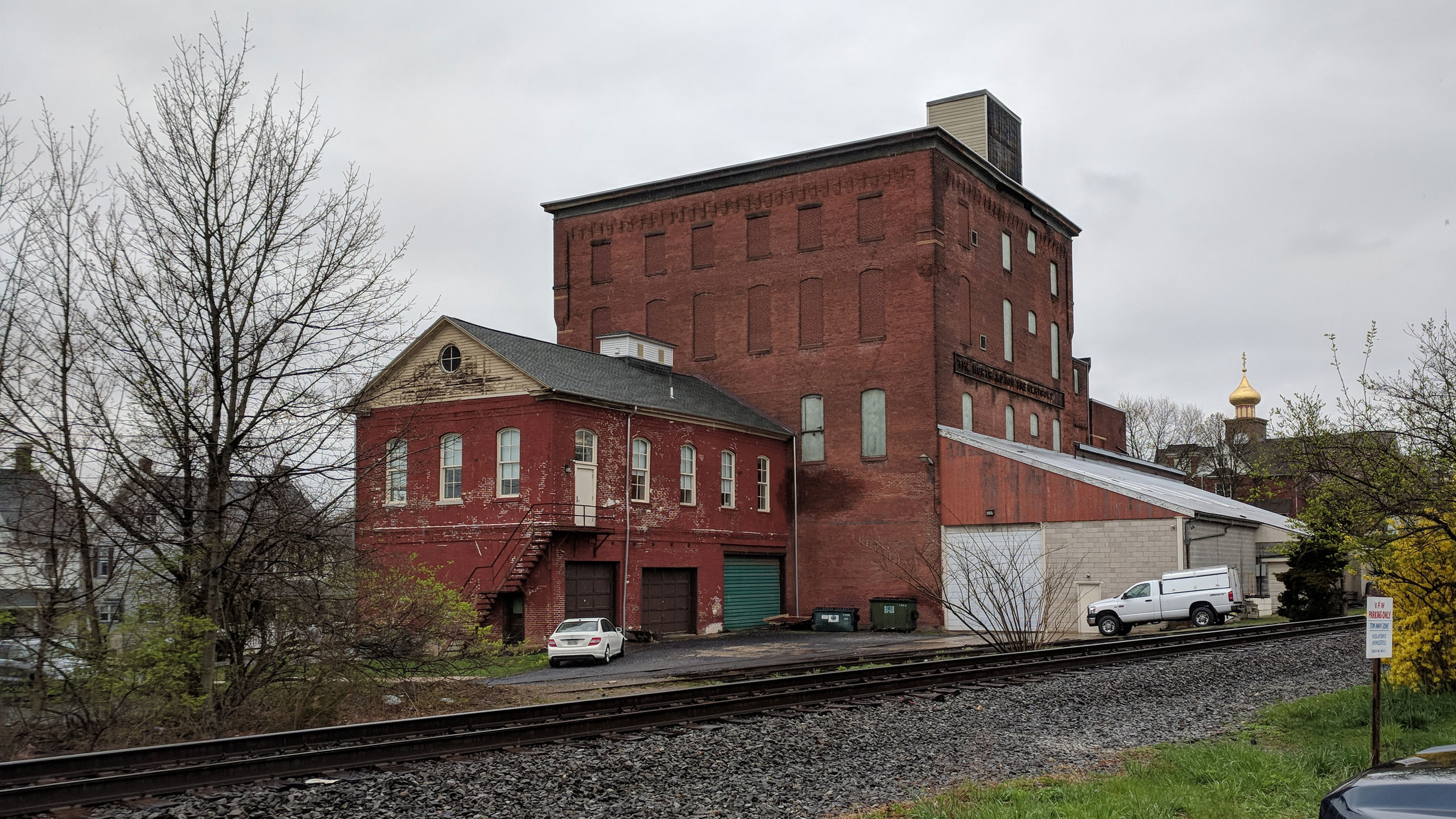 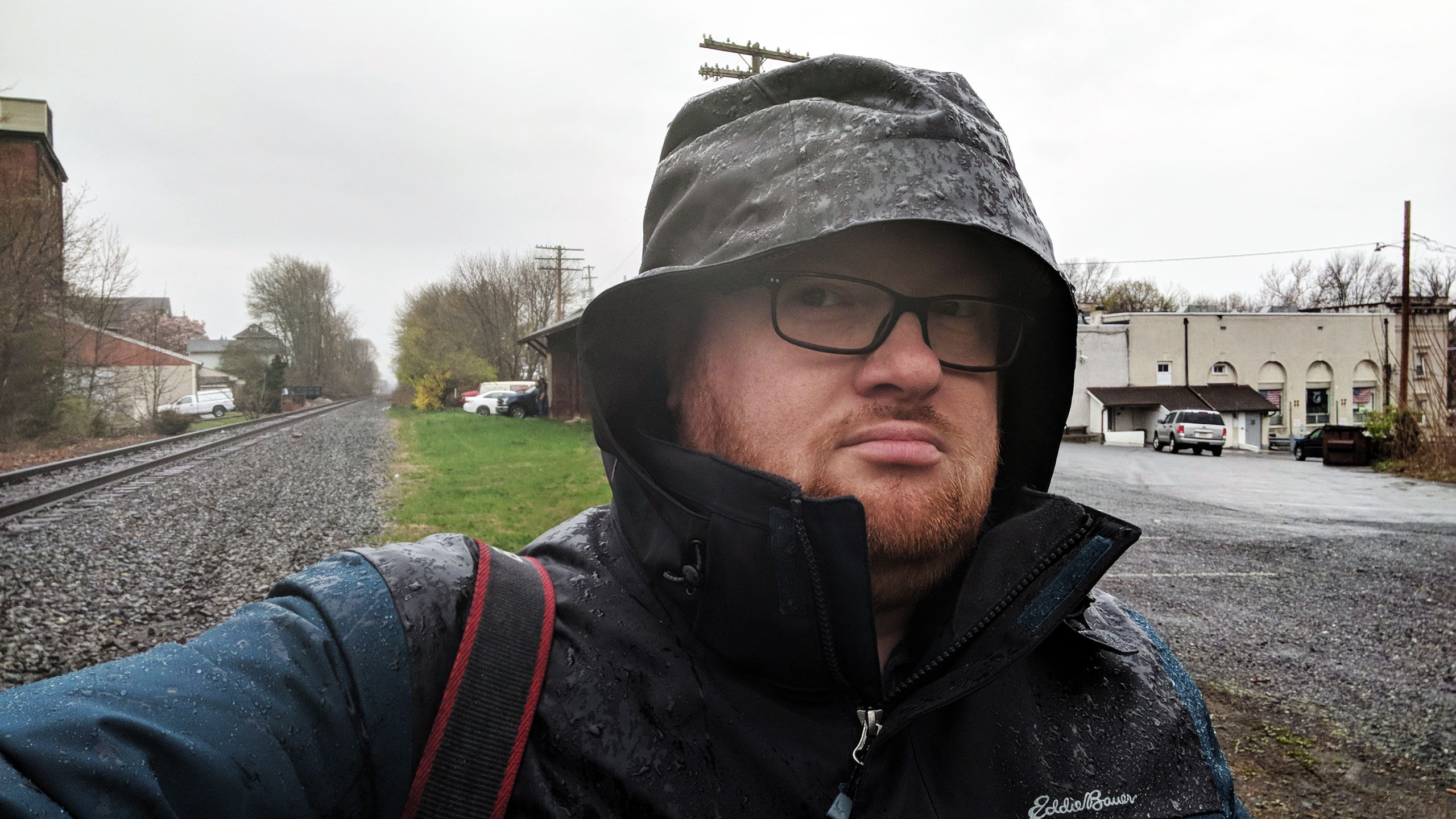 From there it was off to lunch with the man himself (and drying out). It was an amazing experience. Mike is every part the font of knowledge he is known to be, but I was not ready for how nice of a guy he really is. Ben, Rudy and I were very lucky to have the chance to spend three hours BS’ing about railroad stuff with him.

After lunch it was time for a trip to meet the folks at Kutztown Publishing Company, publishers of The CRHS’s Conrail Quarterly, the PRRT&HS’s Keystone and much more. We were remarking how none of us had ever caught anything on the old C&F branch that runs near it and lo and behold, just as we were saying it, my friend Rudy looked over towards the tracks and said “like that”. It was a quick hop off the highway and some quick navigation on Ben’s part to a crossing where we nabbed this shot of the local heading back to the small yard of Chapmans Rd. 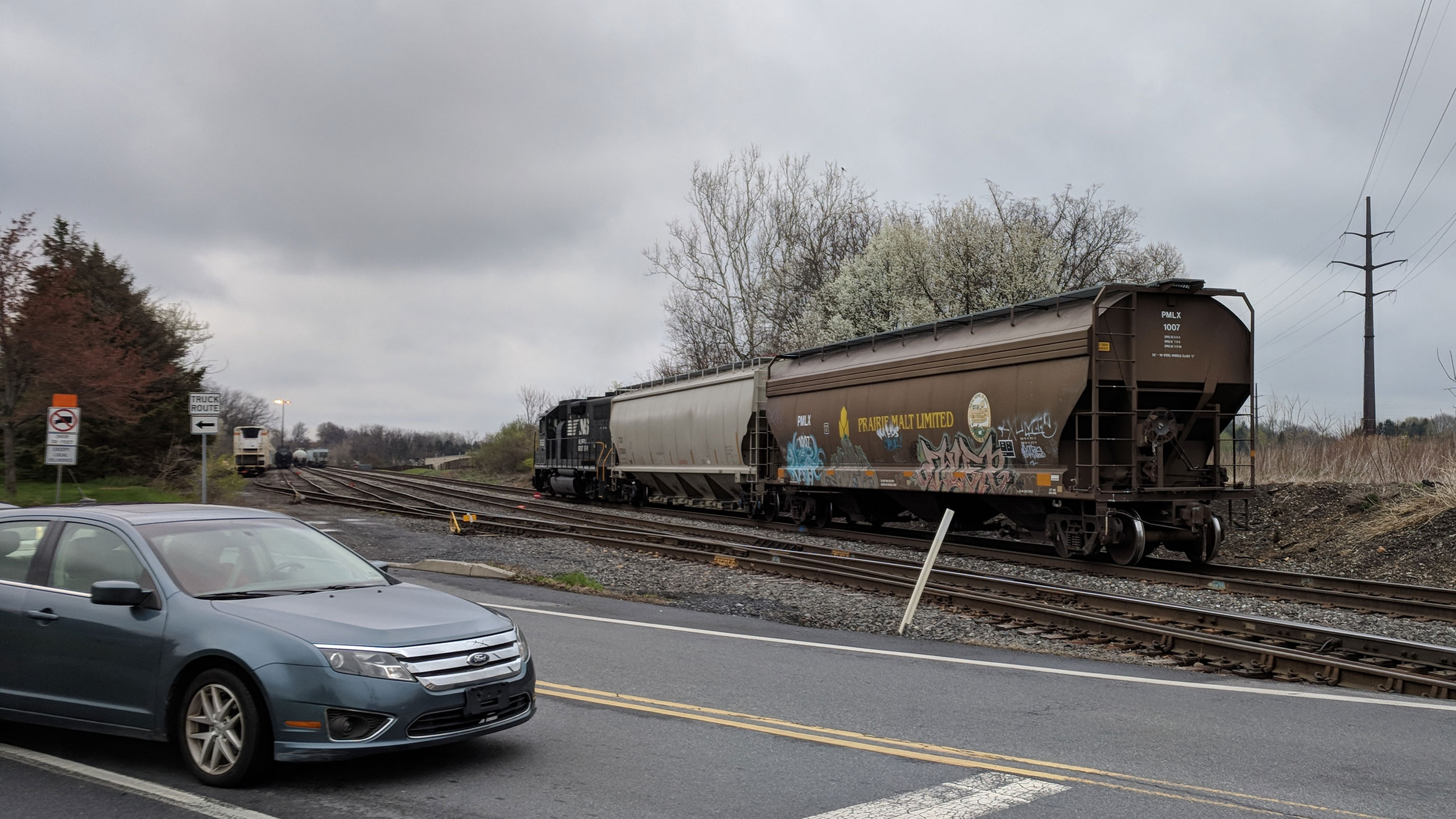 It seemed that Norfolk Southern’s DCC system was acting up, as both the headlight on the lead unit was out and, as we’d find out a minute later, the second section of the local, with a locomotive on the other end, was following right behind this train. We joked that the engines must’ve been consisted to the same address and the train came uncoupled. It’s happened to the best of us.

After seeing KPC’s great people and facility, it was time to head back to Bethlehem for a walk along the furnaces. The Sands and city have done a great job with this space. It really lets you appreciate the immensity of these things and the work that went into keeping them going. 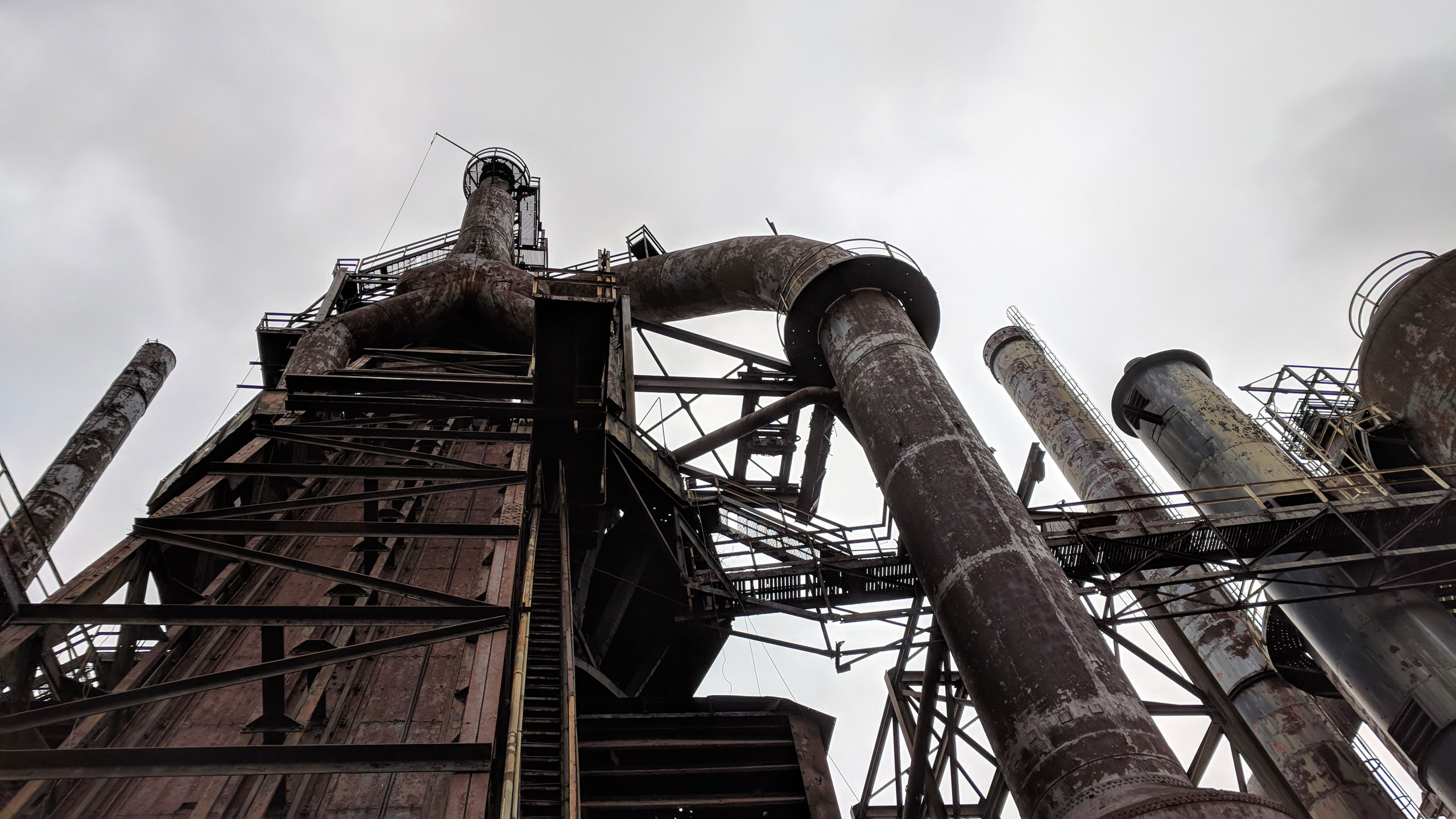 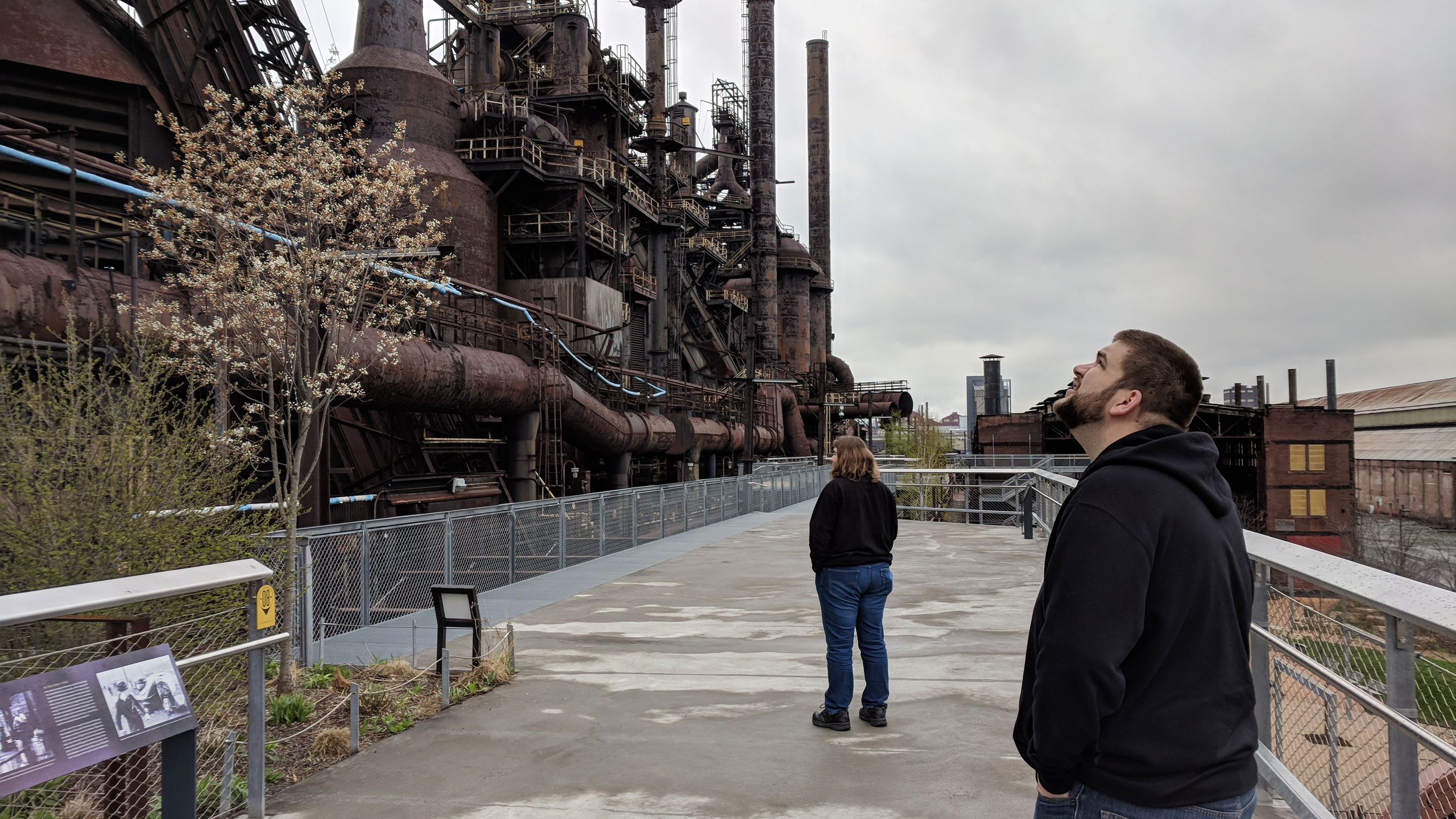 The walk stirred up an appetite and since it was getting late, we decided for a quick option. Quick options can be the best however, especially when they’re the #3 taco place in the country. It’s an honor well earned and we were not disappointed. You know the place will be legit when even the complimentary chips and salsa are amazing.