I last saw a Conrail unit “in the wild” not quite ten years ago in 2011. Fittingly enough, it was in the place I remember visiting when I was a kid and that was instrumental in instilling my love of Conrail in me: Pavonia Yard in Camden NJ.

It was a miserable day for railfanning but my friend and I decided to go do it anyway, and it turned out to be well worth it.

We were striking out around Philly and decided to head over to Camden since we heard some chatter on the radio. This chatter turned out to be a local crew getting ready to take a local out with a pair of former Conrail GPs, both in blue.

Here they are getting going at the engine terminal. 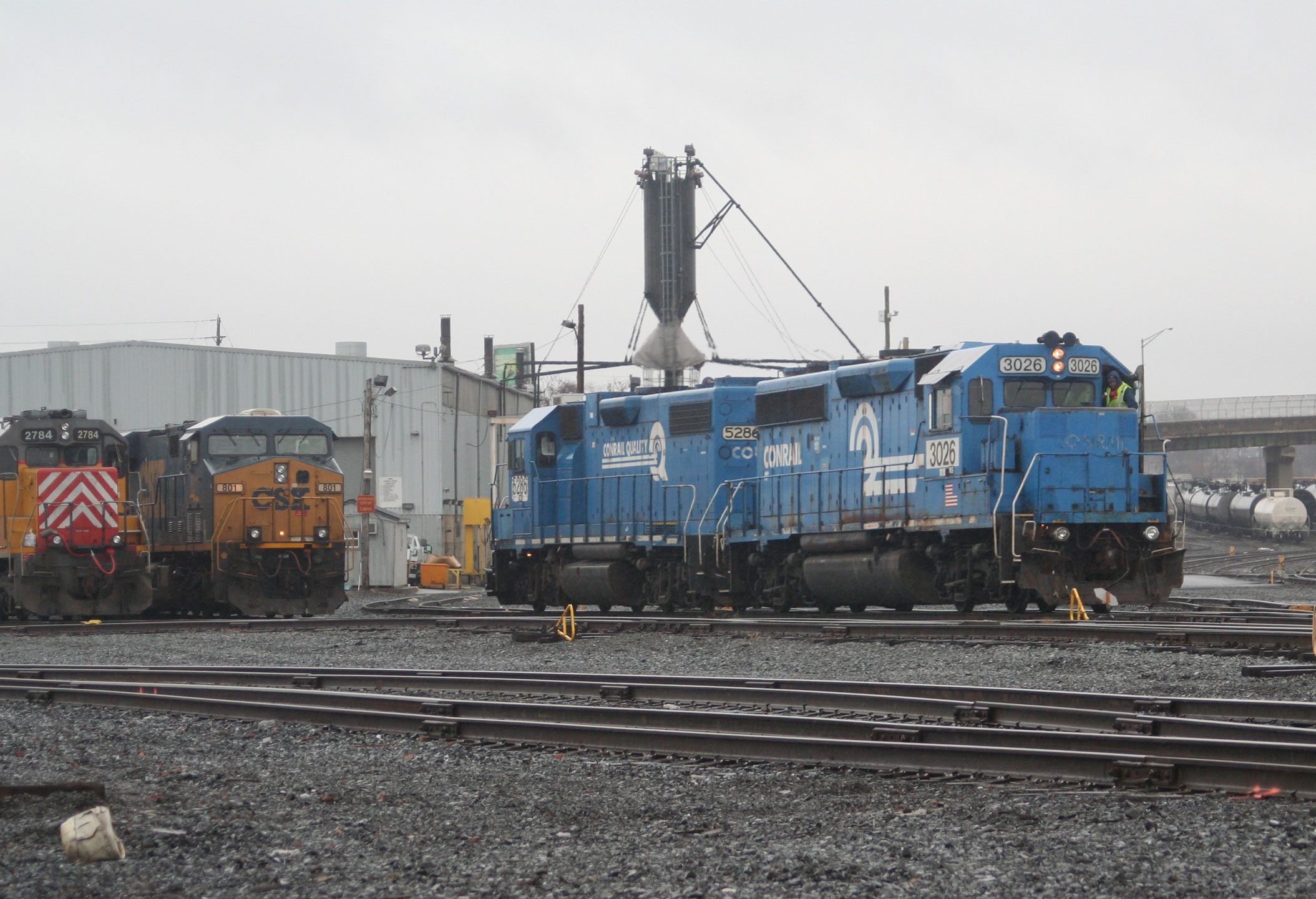 We headed up to the NJ Transit River Line station near the middle of the yard to catch them again. Of course, because this was December, we were already fighting daylight in the afternoon. It took them a while to get engines on both ends of the train, but eventually they showed up. 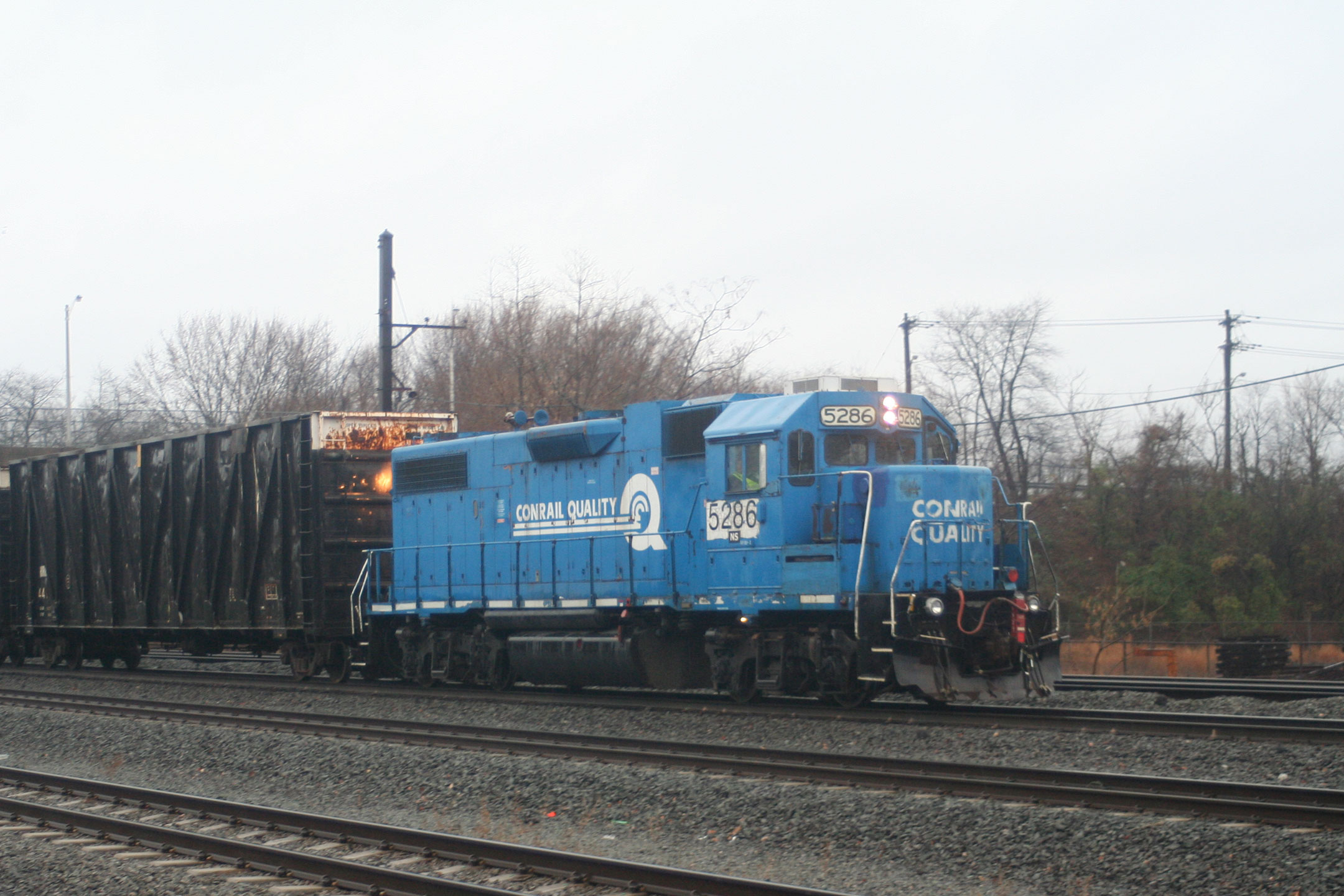 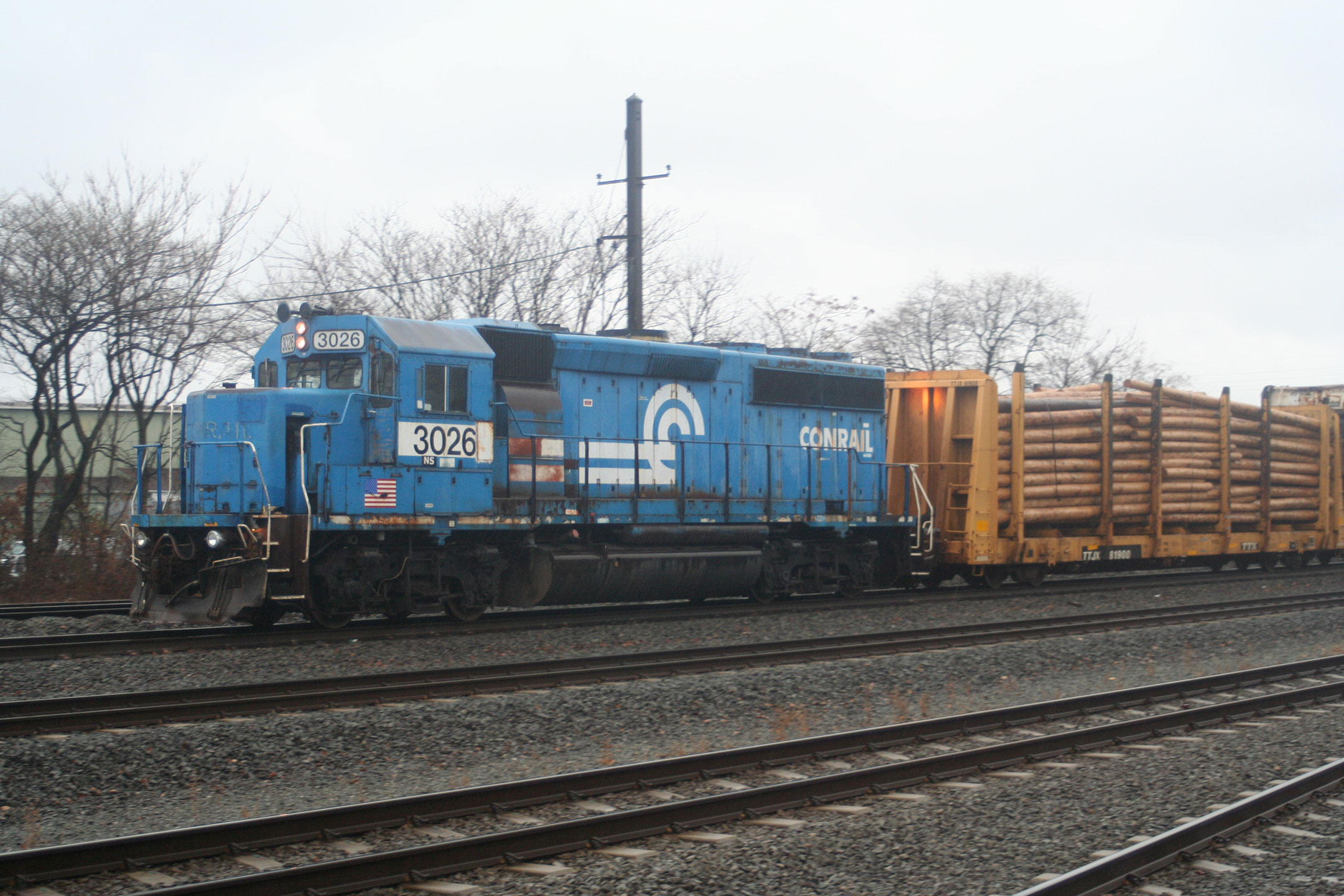 We hightailed it for the River Road grade crossing that I remembered from when I was a kid. 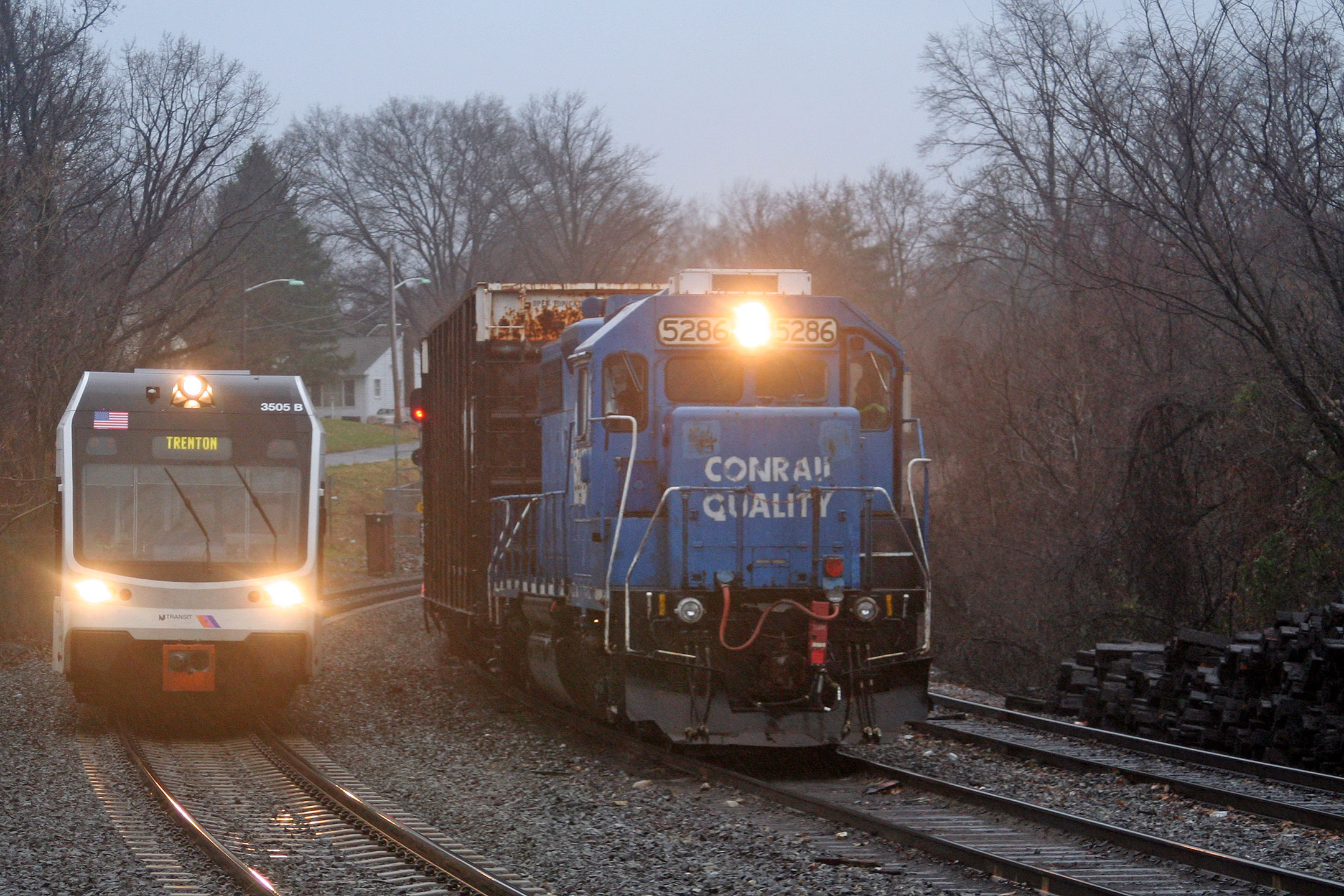 The nice thing about push-pull locals is that you can shoot them twice! 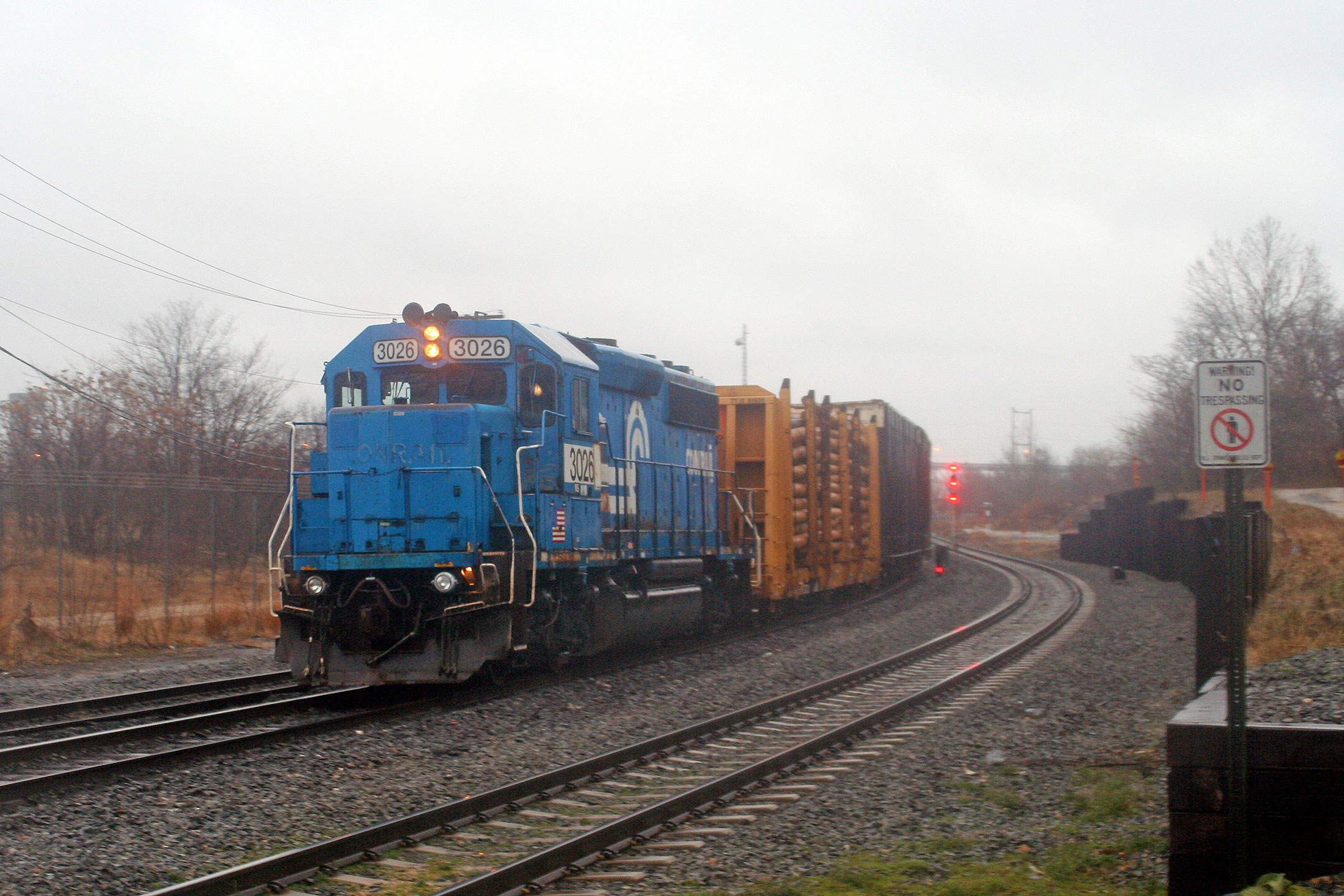 And finally, after navigating some rush hour South Jersey traffic we got him while he was heading into Pennsauken to start his work. 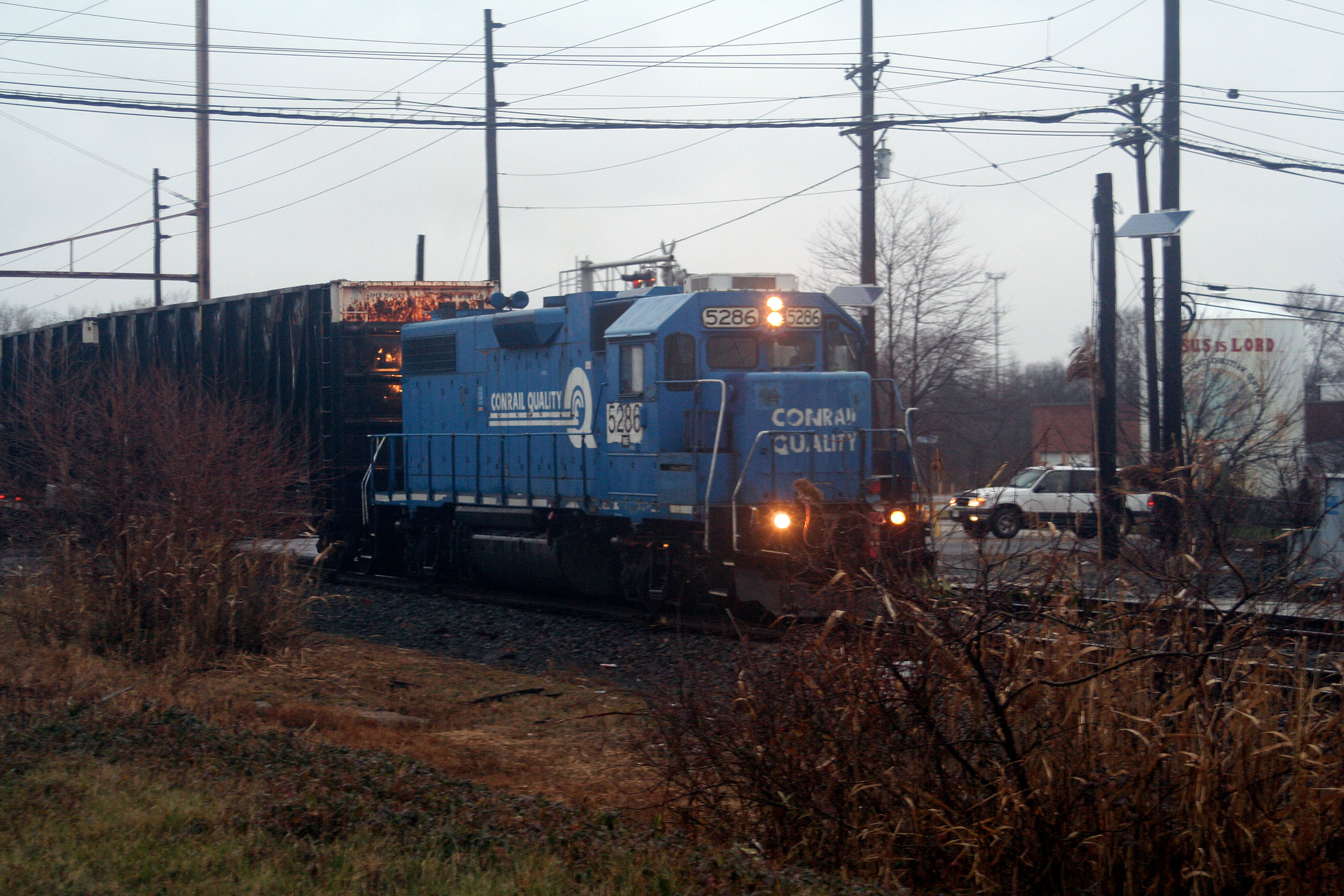 And here is the last photo of an original Conrail unit that I ever took. 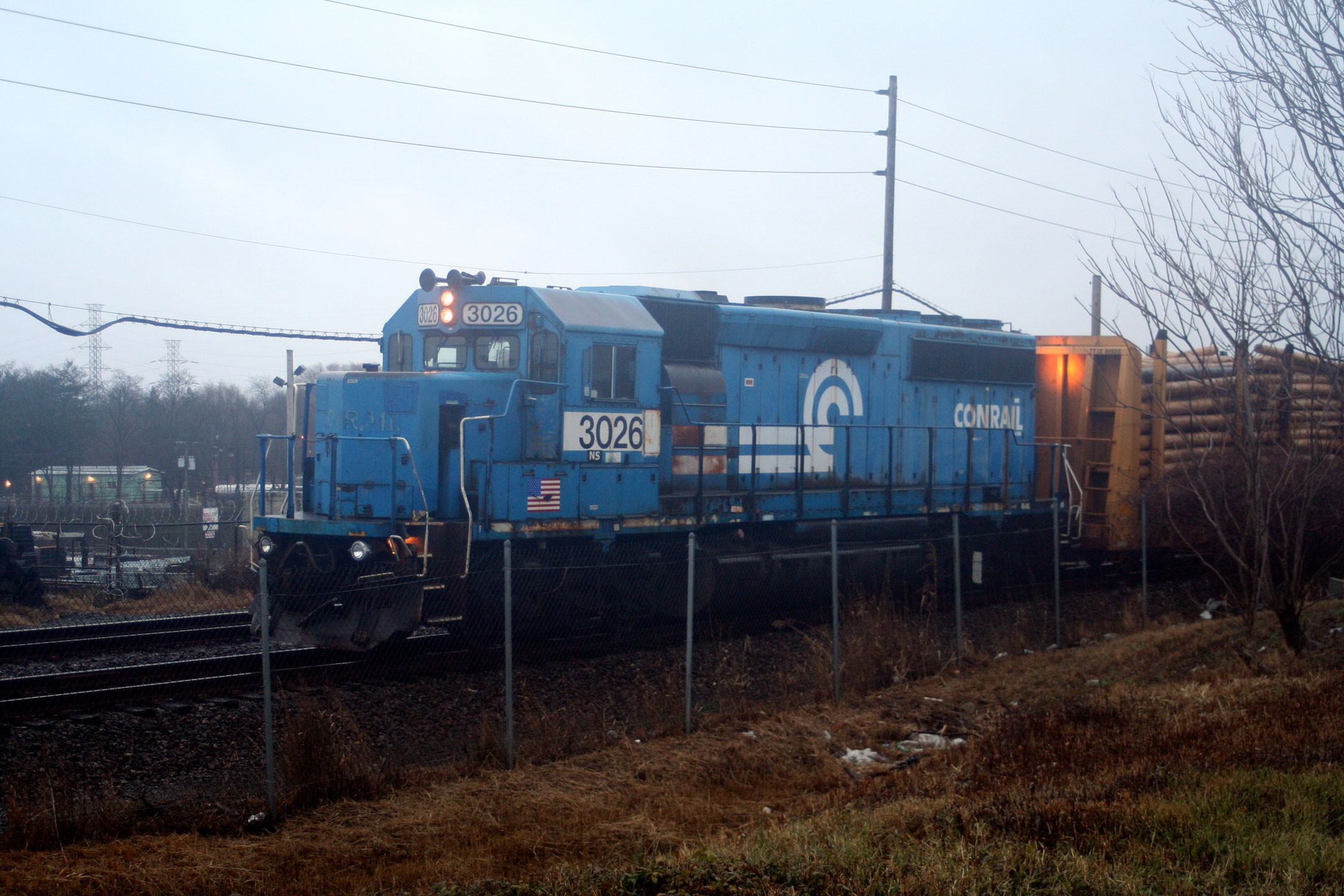