My new camera hardware re-energized my desire to go out and railfan. It’s amazing the difference a single lens will have, but the sharpness of the stuff I was shooting now really made me want to go out and shoot more.

So, with that in mind, I rounded up the troops: my friends Steve, Sean  and Chris and Chris’s daughter (who is actually way better of a railfan companion than some adults I’ve met) and headed off to Harrisburg for a day out in the snow.

The first stop was a stop on the banks of the Susquehanna River for a reported heritage unit coming off the Lurgan Line from Hagerstown. We setup in Shipoke Park area of Harrisburg, got ready, and waited. And waited.

Eventually the train showed up, much to everyone’s relief.

Our next stop was CP BEAVER, at the east end of Rutherford Yard, where we caught him again. 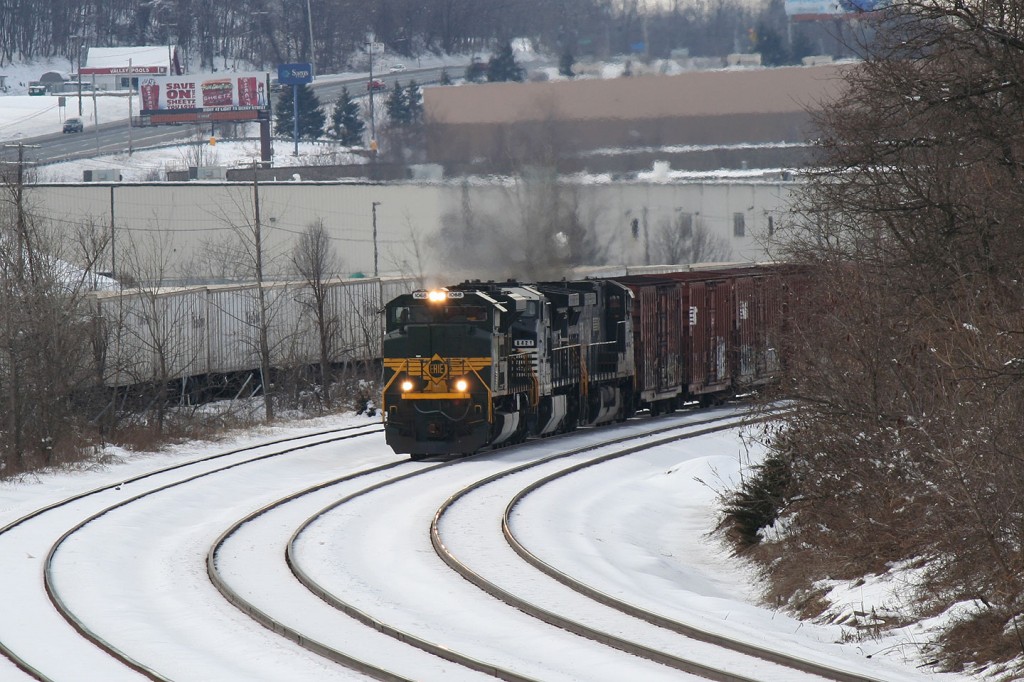 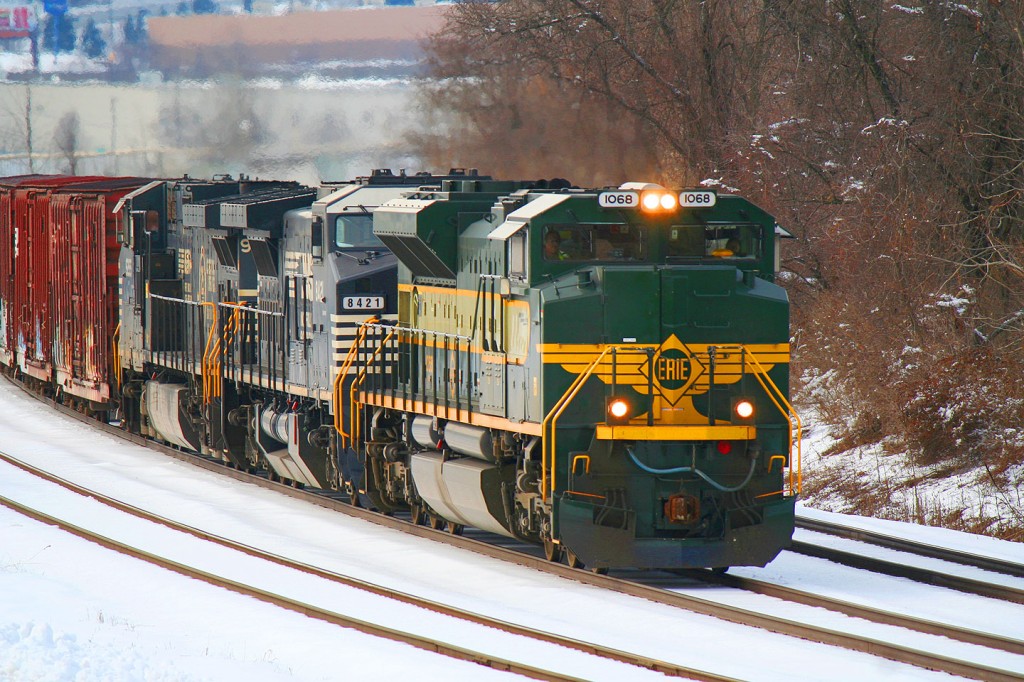 Our next step was going to be Neato Burrito (which is a mandatory stop if you’re railfanning the east side of Harrisburg), but before we could get back in the cars, we heard another train calling signals.

This one was lead by a single catfish, but had some interesting empty gons.

After filling ourselves with delicious burritos, we headed back out. We heard some action getting ready to go down at Harrisburg Station, so we headed over that way.

After this show, we heard what we thought was some traffic coming down the Buffalo Line. This is another subject in Harrisburg that I enjoy shooting, so we headed up to CP Wye to wait. It turned out that we were a bit mislead, and nothing was coming down to Harrisburg. Our patience was rewarded, however, as we caught a train coming out of Enola and heading up the line to Northumberland.

The biggest problem with winter railfanning is that the days are short, so this wrapped up our trip.