Continuing on from Part 1, this day’s activities focused on the Reading and Northern.

Our morning began with a fuel stop at Curry’s donuts, a local chain (that was ok, but not nearly as good as Vallos in Bethelehem). 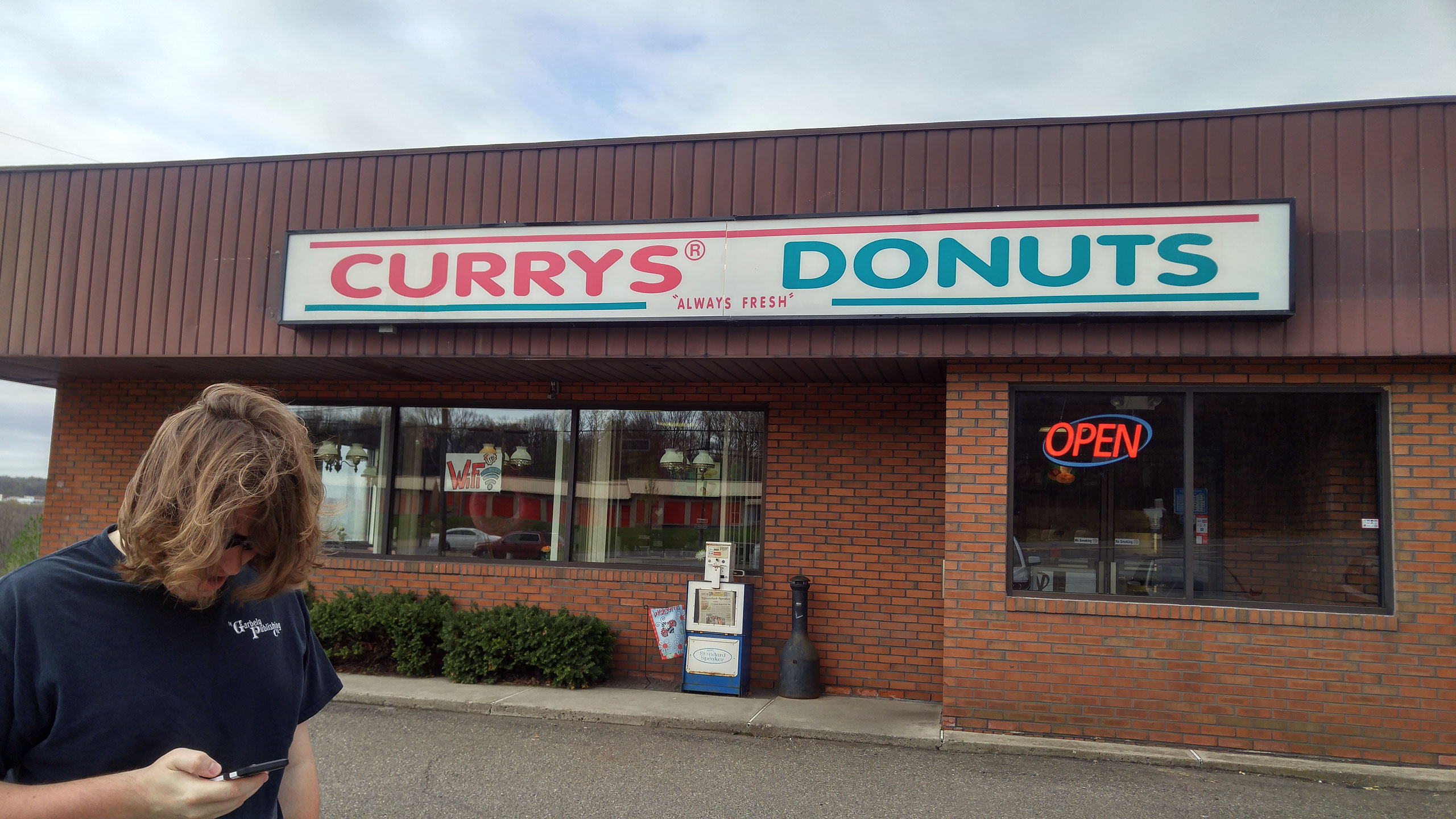 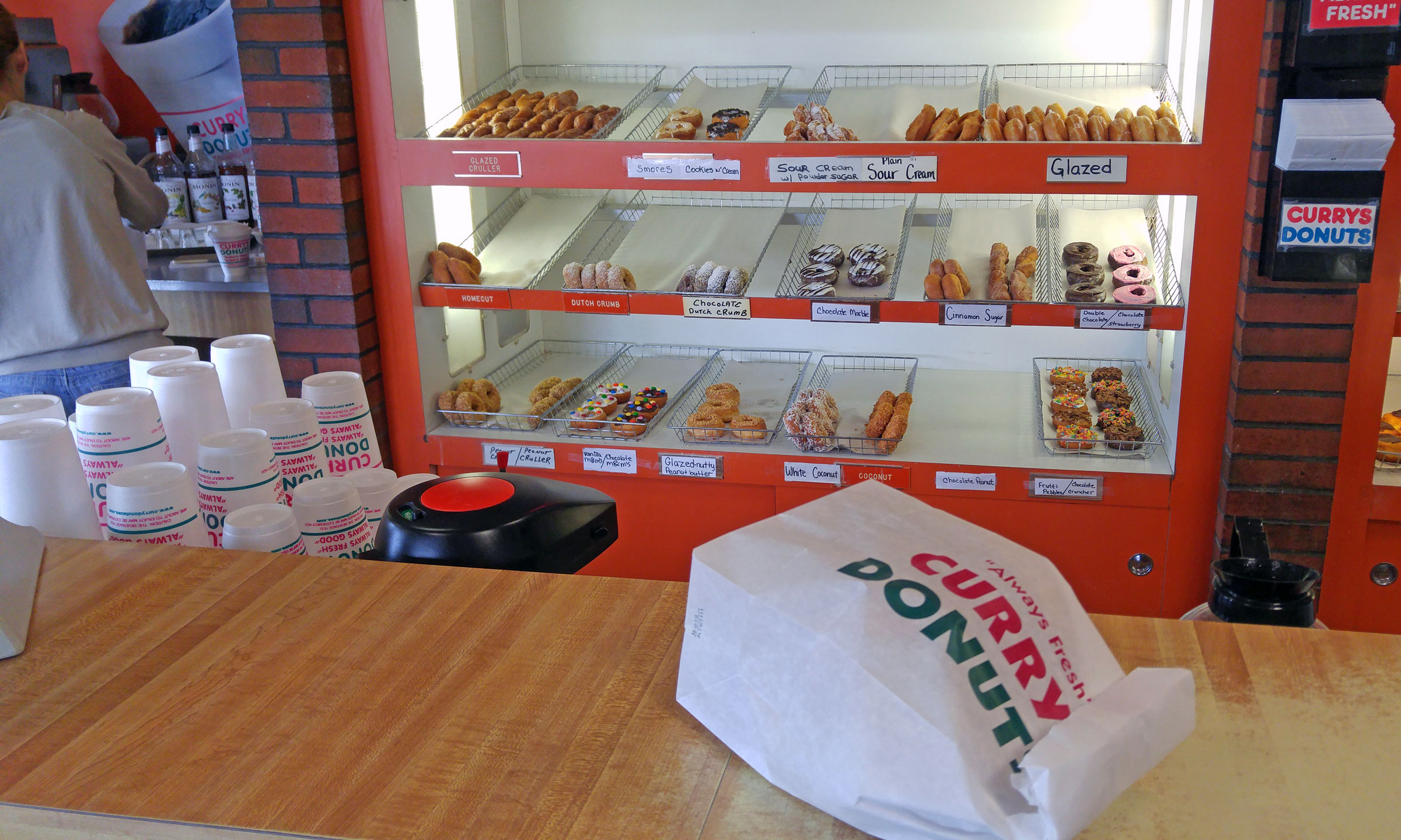 We met up with our friend Ryan, who works for the R&N and secured us permission on the property to “not be stupid”. Well did our best…

We first got the quick tour of his great layout, and then headed out through Mahanoy City to the Blaschak Coal facility where we met up with the R&N “Mountain Job”: SDQA. We would chase this train for a bit, before meeting up with the PNFF “Wine Train”, which we’d then follow to Jim Thorpe. I shot video that, if you’re a fan of SD40-2s and SD50s like I am, you don’t want to miss.

While the conductor walked back to the head end, we made our way back into Mahanoy City to setup for our first shot at the former location of the town’s station. 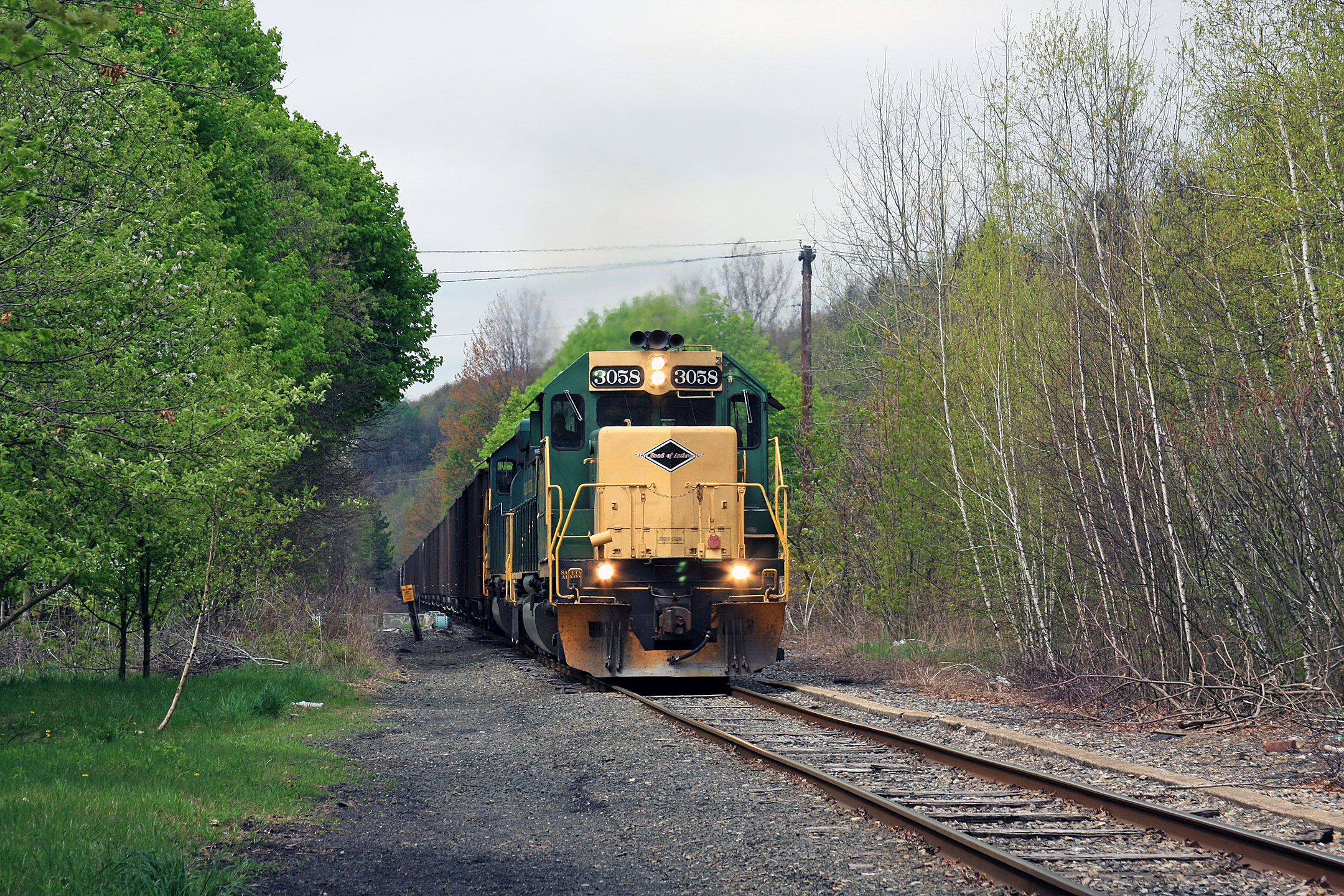 From there we headed to the portal of the Buck Mountain Tunnel, frequently referred to as the Mahanoy Tunnel. This location required a tiny hike, but was worth it, especially for the video. 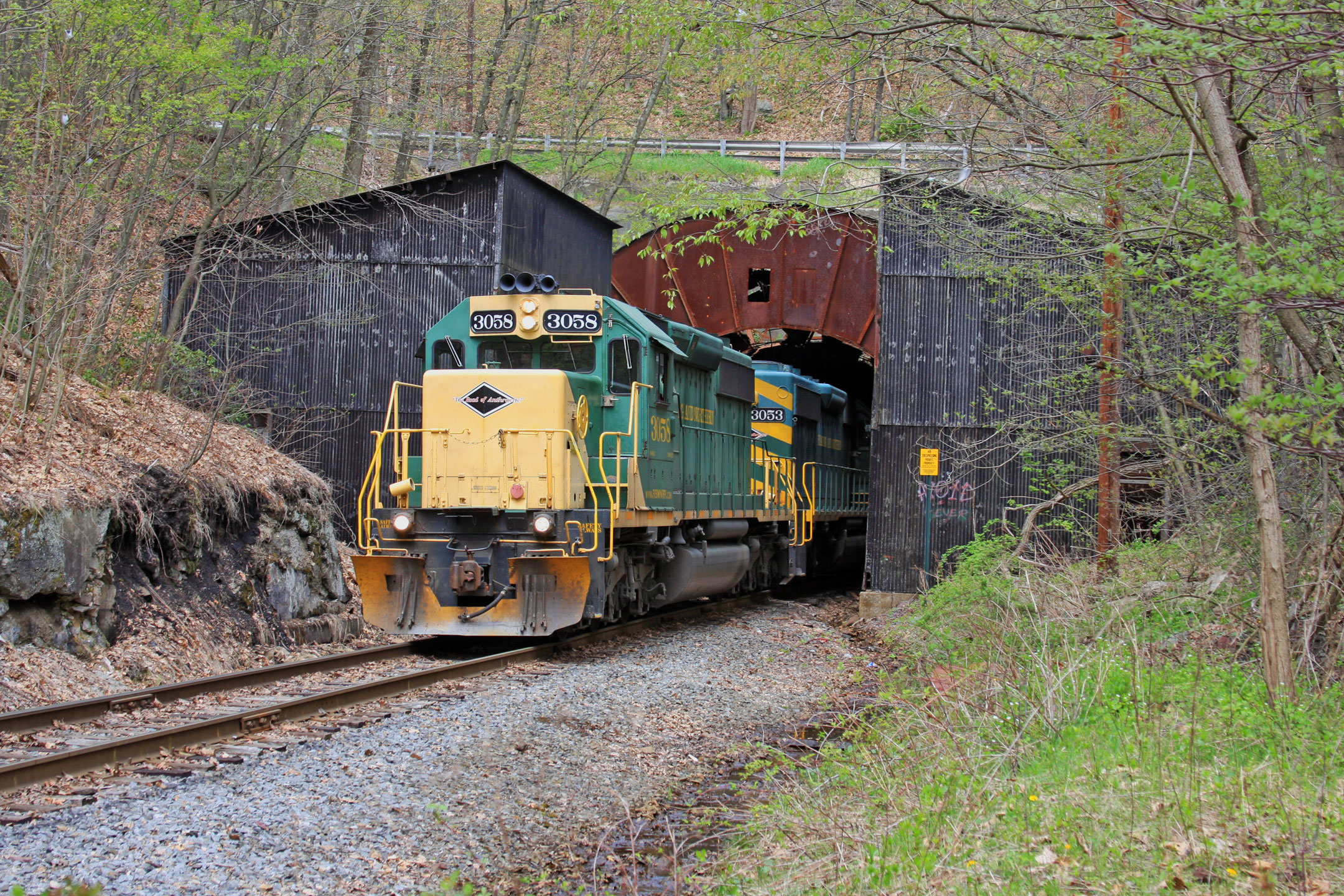 SDQA was going to meet another train, which Ryan kept calling the Wine Train. Sounds good to me! So we headed off to East Mahanoy Junction where the meet would be taking place. Here’s SDQA pulled up just short of a crossing at “Bednar’s Siding”. 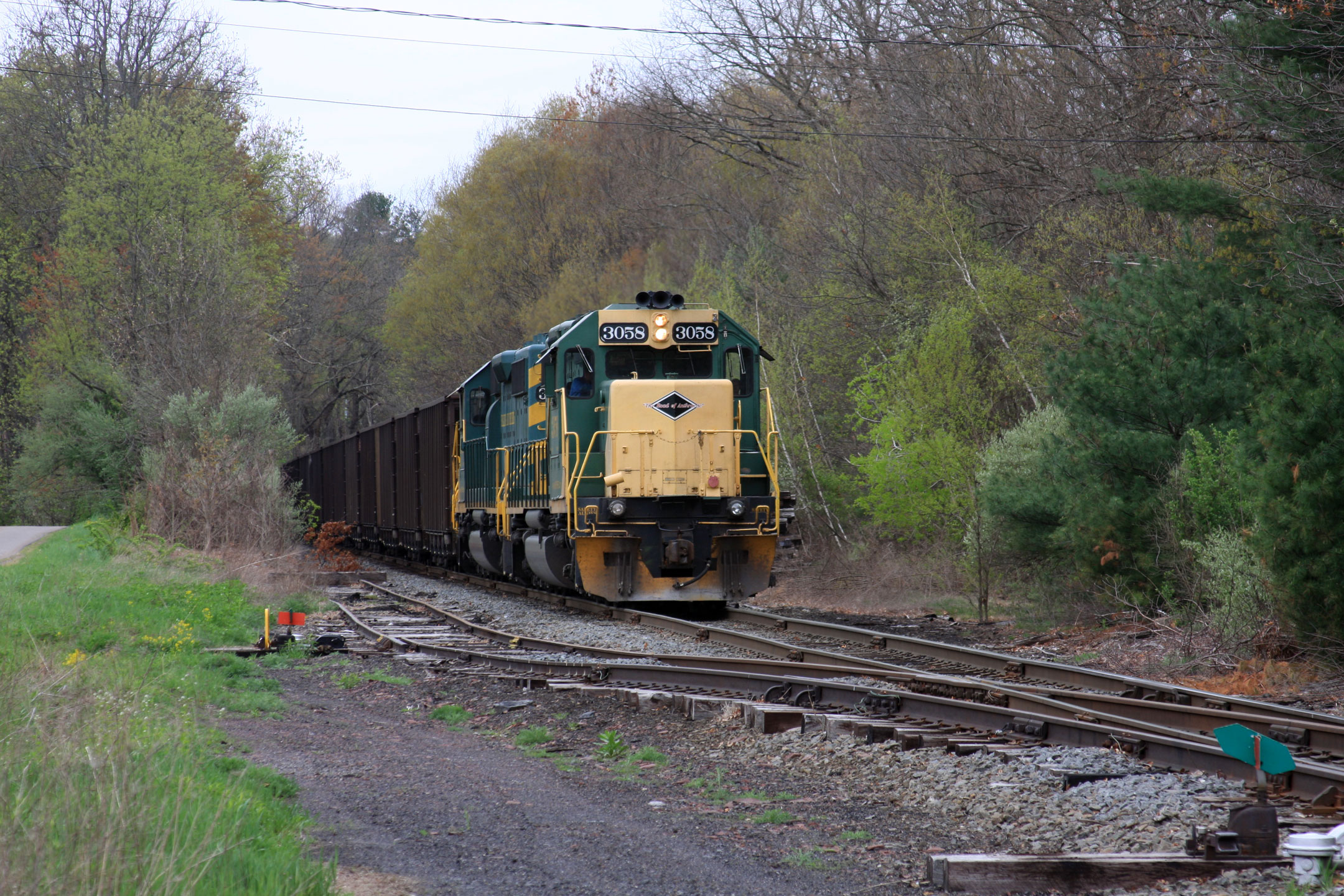 PNFF soon showed up, but was surprising in that it sure didn’t look like the wine train I was expecting! Turns out it’s called that because it carries a bunch of cars for a distributor.

It was only a moment after PNFF cleared the junction that the signal cleared for SDQA and he got rolling.

We set off to chase the PNFF, which Ryan assured us would be easy because “it’s all 10mph track”. Well, apparently the MOW guys got out and did some work, because by the time we met up with him, the track speed had definitely been raised. We were able to get ahead of him, but not by much!

We only had a few minutes from there to get ahead of him in Jim Thorpe. Thanks to the town’s brisk tourism business, parking was a challenge, and we JUST beat him to the station.

This was the end of our chase, as it was lunch time and then time to head back home.

While our day of railfanning was far from the previous day’s marathon, it packed some great coal country train chasing into a few hours.